Allan Barber sees a good result for the new SFF, one that justifies joining up with Shanghai Maling. But with a very low ROI, it is one that cannot rest on its laurels

Allan Barber sees a good result for the new SFF, one that justifies joining up with Shanghai Maling. But with a very low ROI, it is one that cannot rest on its laurels 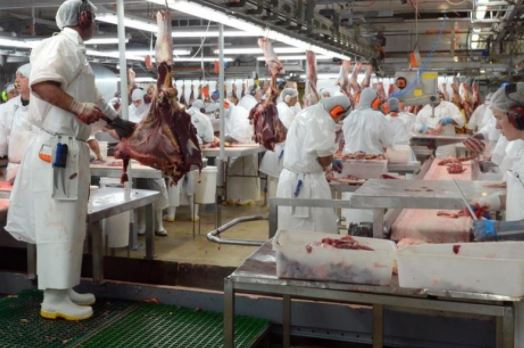 Silver Fern Farms Limited has posted an improved annual result for its first year with its new Chinese partner, Shanghai Maling, which invested $260 million to acquire a 50% share of the meat processor and exporter.

Revenue for the 2017 financial and calendar year, following the change in balance date from the traditional meat industry year to September, was on a par with 2016, but the NPAT of $15.4 million was a huge increase on the previous year’s $30.6 million loss, although not as good as the 2015 result of $24.6 million.

The declared result for Silver Fern Farms Cooperative was not nearly as good as it was for the operating company in which the cooperative now holds a 50% shareholding. The final after tax result was a net loss of $5.6 million and the difference can be explained by the fact it covered 15 months from September 2016 which therefore included two October to December quarters and a larger share of the asset write down because of the closure of Fairton. In addition to these factors the cooperative only received half the profit produced under the new ownership structure for the 2017 year, while trading conditions at the end of 2016 were very difficult.

Partially offsetting these negative factors was a non-cash accounting gain from the change of ownership from 100% to 50%, while a dividend of $6 million will be paid to both partners, of which all farmer shareholders will receive a fully imputed $3.9 million and $0.9 million, also fully imputed, will be paid to those shareholders who have met livestock supply commitment criteria.

Although the reporting period has changed, the period covered is similar and a comparison between SFF and its southern competitor Alliance Group can be made. For the financial year ended 30 September 2017 Alliance reported a $14.4 million profit in contrast to a virtual break even result the previous year. Revenue at $1.533 billion was 77% of SFF’s sales revenue, although this ratio increased dramatically from 63% the year before. Although sales volume is no guarantee of success, it gives a very relevant indication of growth or shrinkage, and there’s no doubt which of these two meat exporters has been moving in the right direction.

I suspect SFF will have heaved a large sigh of relief at the improvements as a direct result of Shanghai Maling’s investment in the company, on the face of it an amount not much less than the remaining level of equity in the cooperative. It looks as though the company would have been facing insolvency without the outside investment, if the banks were to withdraw support as they indicated. A cursory glance at the accounts makes it hard to imagine how the local rescue proposals would have come anywhere near to providing the degree of certainty from Maling’s investment.

The major impact of the injection of capital can be seen in the reduction of finance costs over the last three years - $30.8 million in 2015, $14.8 million in 2016 and $3.3 million in 2017, culminating in a debt reduction of $203 million – and an ability to absorb necessary plant rationalisation costs as well as capital expenditure of $21 million.

The big question is where to from here.

SFF has the chance to rebuild its market share and sales and processing volumes. This will provide it with the opportunity to increase its profitability and returns to shareholders, both farmer cooperative and Chinese corporate, but at the 2017 rate of less than 1% return on investment, Maling will have to have lots of patience.

Correct, insolvency beckoned like the grim reaper. However the fact that SFF had even reached such a bleak position is ominous in itself. Bail outs are all very well but obviously that new capital will soon be run off if the operation of the company as a going concern is not vastly improved. Not having to service the previous high level of debt will of course assist.

Up until the early part of this century, in about 60 years of operation, PPCS as it was then, had had only three Chief Executives. Since then as SFF there have been another three who have produced starkly diminished returns. One cannot help but reflect that a name change and a whole lot of buzz wording and flash imaging, have not been the stewardship that was required.

all this does is reflect the bad management in running up a large debt that became a noose around the companies neck.
it will be interesting to watch going forward to see if they have changed or whether they carry on as per normal and start to run the debt up again