Keith Woodford describes the A2 global shift from brand to category, and the consequent competition for A2 milk supply

Keith Woodford describes the A2 global shift from brand to category, and the consequent competition for A2 milk supply 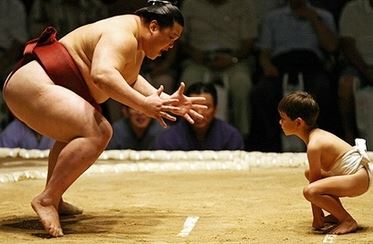 It is only six weeks since mega-sized Fonterra in New Zealand and medium-sized Freedom Foods in Australia announced their intention to produce A2 dairy products, these being products free of A1 beta-casein. Since then, both Nestlé and Mengniu have stepped up to announce that they too are developing brands for A2 infant nutrition products.

To place this in perspective, and as reported by Rabobank, Nestlé is easily the largest global dairy company by turnover, followed by Lactalis, Danone, Dairy Farmers of America and then Fonterra. Further down comes Mengniu at number 11 globally, but number 2 in China.

It is now evident that dairy products free of A1 beta-casein are shifting from being a niche brand belonging to The a2 Milk Company (A2M) to becoming a broader dairy category. This was always going to happen, but the speed at which it is now occurring is taking most people by surprise.

Almost certainly, the decisions made by Fonterra, Freedom Foods, Nestlé and Mengniu were all made independently of each other. For each company, those decisions have been in the pipeline for many months or even longer, as they reacted to the stunning success of a2 Platinum infant formula marketed by A2M in Australia and China.

Over time, there will be more of the dairy mega companies that move to branded products free of A1 beta-casein. Those companies that were previously not giving active consideration to the threat posed by this new disruptive category, will now be doing so.

There are also numerous micro brands of A2 milk that are now starting to appear in many countries.

There are always challenges to establishing major brands. It takes time and a lot of money. The starting point will be to establish a pool of A2 milk at scale. For most, that will not be easy.

For the next five years, the potential supplies of A2 milk are largely restricted to wherever there are dairy farmers with multiple herds. These farmers can segregate out and concentrate the A2 cows from within each of those mixed herds, so as to produce pure A2 herds. In practice, this largely means the USA, New Zealand and China.

In Northern Europe, there are no significant opportunities beyond some niche producers with Guernsey herds or some exceptional farmers who have been specially breeding for A2.

In Southern Europe, there may be more opportunities arising from some of the ‘brown breeds’ with high initial levels of the A2 gene, but it will still be very hard to put together large pools of A2 milk.

Throughout all of Europe, there are only very limited numbers of farmers with multiple herds and this will be the big stumbling block.

India is the other country which has large pools of A2 milk from cattle that are native Indian breeds. But the Indian dairy industry has a long way to go before it can compete on international markets.

Nestlé has decided to call its milk ‘Atwo’, and market it in China from within its Wyeth subsidiary stable.  Nestlé says it sources its milk globally, but industry sources suggest it is currently getting A2 milk exclusively from America. This is dried and shipped to Ireland, then blended with other ingredients and canned.

In New Zealand, where the a2 Platinum is produced, there are no demineralised whey isolate plants, and it has to be imported from Europe. Without this product, a lot more A2 milk is required for each can of infant formula.

It is reasonable to assume that in future demineralised whey protein isolate is going to become increasingly valuable as multiple companies bid for limited supplies.

In China, all of the major dairy companies control a major part of their milk supply through their own herds. Accordingly, they are in a strong position to organise herds of A2 cows from within their existing herds.

This appears to be exactly what Mengniu has done, initially putting together a pure A2 herd of some 2000 high-producing cows.   They and other companies can quickly replicate this.

The challenge for Chinese companies is that milk produced in China is not what Chinese mums and dads prefer to give to their babies, toddlers, and even older children. They want a product that is sold on international markets.

For Chinese mums and dads, choosing a brand of infant formula has been likened to a major decision that sits alongside buying a house or buying a car. Only the best will do for their little prince or princess. So, the Chinese companies will have to work hard to compete against international brands such as a2 Platinum coming from A2M.

With most of New Zealand’s A2 milk already spoken for, together with consumer caution towards product from China, it is inevitable there will now be a focus on the USA for a global supply of A2 milk.

A key point is that in the USA there are many farmers who own multiple herds and there are some with up to 60,000 cows in total. Whoever can get access to the milk from the re-organised and concentrated pure A2 cows from within these herds has potential to create a leading global position.

A2M has a major global advantage at the outset, in that it does not have to protect any existing brands of A1 milk. This is a major issue for all of the other major companies, with the possible exception of medium-sized Freedom Foods in Australia. A2M also has valuable trademarks and first mover status, together with proprietary systems.

A2M also has some 15 families of patents, some lasting through to 2035, which it can defend. However, as someone with relevant expertise relating to the A2 issue said to me many years ago, it is best to use patents as shields and bang loudly on them, but also best not to test them in battle.

Two key patents, both now extinguished by time, were very effective until recently in keeping competitors at bay.  By definition, anything those patents protected is now not protected. However, existing patents may still allow A2M to do certain things more efficiently than other companies can do, and also make some protected claims that others cannot do.

There is a range of scenarios as to how events will play out from here. A key issue will be how fast the A2 category grows, and the extent to which each company focuses on growing the category as well as their own brand.

It is clear that The a2 Milk Company has the most to gain by growing the overall category. Other companies may choose to simply tag along with the category growth, and put all their focus on developing market share for their own brands.

The rate at which the A2 category grows will also determine the future farm-gate premiums for A2 milk. Until now, the A2M has had minimal competition for the existing milk pools. This has led to market premiums being captured and largely retained by A2M rather than by their supplying farmers, or even A2M’s processors.

Whatever happens, things have recently become a lot more interesting in relation to the health attributes and industry politics of dairy products that are free of A1 beta-casein. It looks like things will remain interesting, with many twists and turns.

Disclosure of Interest: Keith consults internationally for a range of dairy companies that hold a range of stances in relation to A2 Milk.

Is it coincidence that A2 Milk and Lion settled their dispute out of court and within months Nestle, Fonterra and others are now going to be selling A2 milk products? Were these 'new to A2' companies simply waiting for the result of the dispute before launching A2 products? Or is it the patents which have now lapsed being the main contributor to the rise of A2 processors?

Casual Observer,
The Lion case was essentially about misleading advertising rather than patent issues. As such, it was of interest to the 'new to A2' companies but not a crucial factor.
The 'new to A2' companies will indeed have a seen a clearer path as a result of the lapsed patents. However, some may yet trip on some stones that they do not see and therefore do not avoid.
Keith W

Excuse my laymans ignorance, but what is to stop a single herd farmer becoming an A2 milk supplier by selling all any A1/2 cows and buying pure A2 cows to replace them?

A farmer who doesn't want to supply A2 but does want to make some money can sell his A2 cows and replace them with A1/2 cows.

dtcarter,
Yes, farmers can do that, based on their individual judgement as to the relative costs, benefits, risks and opportunities gained and lost
Keith W