Given the authority handed MPI to implement the NAIT system, which only works with full enforcement, eliminating biosecurity exposures relies on them policing compliance

Rural News
Given the authority handed MPI to implement the NAIT system, which only works with full enforcement, eliminating biosecurity exposures relies on them policing compliance 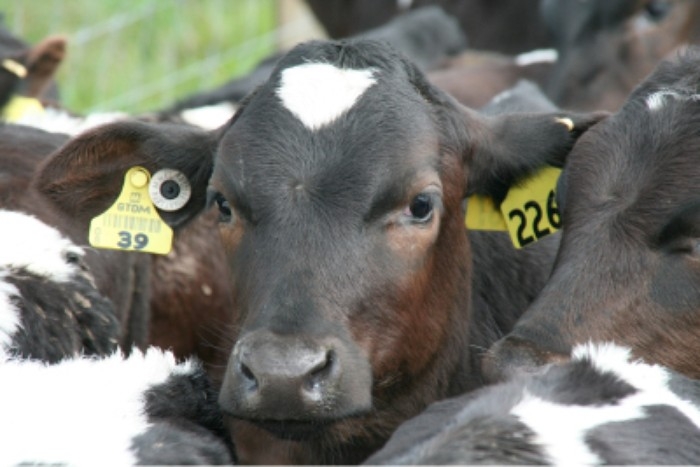 MPI has come under criticism for a lack of oversight on the livestock sectors to check if farmers have been complying with regulations around NAIT, namely keeping up to date records of where cattle and deer have been moved from and to.

MPI have the right to inspect farms and the ability to inflict heavy fines to enforce compliance.

Given some farmers propensity to take a line of least resistance, especially when it comes to compliance issues, nobody should be surprised that there are those who have been disregarding ‘rules’ especially when the cost of compliance can be burdensome.

Given it is farmers who have been at fault for not recording cattle movements should ‘we’ be criticising MPI for their lack of oversight? Damn right we should. MPI have been provided with the regulatory right to do exactly this because it is recognised that there will be farmers who won’t play by the rules and they will need encouraging to do the right thing.

No doubt MPI have been restricted by a lack of funding, but with the benefit of hindsight how much could have been saved if the mycoplasma bovis fiasco could have been nipped in the bud at an early stage?

Also given the power to impose fines, MPI could have largely funded the additional costs if required from fines on those not complying. Farmers would have rapidly fallen into line once the word got out.

In the recently published NAIT review the sheep and goat industry has barely rated a mention and yet the risk of spread of disease through these animals is equally as high, if not higher.

While all animals, (sheep, beef and deer) must travel with an accompanying Animal Status Declaration, and the receiver of the animals must keep the records for four years, there is no requirement of the seller to do the same. With NAIT cattle and deer are covered but sheep and goats are not. It’s understandable given the cost and large loss of tags that occurs with sheep and goats why have a NAIT system may be considered a step too far.

But it is not a lot to expect livestock farmers to have to keep records of where their livestock have gone.

In many cases farmers will have as a matter of course, but there will be many who have not and apart from tracking payment invoices and numbers on end of year stock reconciliations which may have clues to destinations, there is no record of where livestock may have gone. Given the ASD form may go from farmer to transport operator, to stock agent, when perhaps a mob is re-drafted then on to a finisher and then to a processor the potential for loosing track of animals is huge both from the receiving end trying to work back and from the start of the journey.

If the livestock industry is serious about bio-security, then surely a review here is required also.

The potential for the biggest scourge of any ruminant livestock system, Foot and Mouth disease, entering New Zealand is as real as its ever been and sheep and goats can carry it just as well as beef or deer.

On a different note, wouldn’t farmers, and others, love to have the Landcorp business model. Despite not having to pay a dividend to Government since 2014, presumably due to a lack of profitability, so little tax as well. It still finds the capital to develop a new sheep dairy industry, rebrand itself, develop a new deer milking initiative as well as developing new initiatives into marketing its own products’ off shore.

Given that Landcorp (only) exist on the whim of politicians and could be broken-up and who knows, perhaps help get younger farmers back on the land, what a thought, pursuing interest areas unlikely to show positive returns for some time seems rash. Unless, perhaps pursuing things others can’t, due to cost constraints may be the reason they do continue to exist.

SHEEP
Sheep prices have held up well through the autumn and despite having had the first cold spell of the season, which has drawn out more lambs, saleyard prices are still sound. Processors schedules are reflecting this and contracts for the April to June period are considerably above the current advertised prices, which mean solid prices will continue to be paid into winter.

BEEF
Prime grades have held at last week’s levels, however, bull and cow grades have come back by between 10-15 cents per kg at most plants. In New Zealand’s largest beef market, the USA, beef production forecast for first-half 2018 was reduced on an expected slower pace of feedlot cattle slaughter and lighter cattle weights. However, a catch-up is expected in the second half of 2018 with more feedlot cattle will be slaughtered and at heavier weights. Overall, the annual beef production forecast for 2018 have been pared back slightly on previous predictions. China, which is having increasingly greater importance for beef is experiencing a slight softening in demand.

DEER
Venison prices are still holding at the previous weeks high level. Numbers of deer coming forward are declining and due to bottom out in the June - July period before starting to build up again. So, prices are unlikely to drop until the supply of animals starts to pick up again.

Culture of silence or a cover-up?

That link needs pulling and the site shut down. Anyone struggling with Mycoplasma Bovis and MPI who reads that would be sent into a permanent and deep depression.
Add to that the previous governments willingness to pick it's mates as winners. Opotiki has been trying for years to get help with infrastucture to develope its industry. Nothing form those losers .

The beef market in the USA now has record cattle on feed.

"Cattle owners are looking beyond the expiring April live cattle at the June contract selling $20 under the last cash price and watching as packers purchase cash purchases at $120+ into May and wondering if on June first we will witness a wall of cattle and a collapse of cash prices. With the latest cattle on feed report showed cattle on feed 150 days and more, up 50%, there is little incentive to hold on to cattle in the feedlot."

I have no confidence in MPI. Last year marinated stink bug was found in second hand vineyard equipment after clearing customs they were found by winery staff. Continued displays of ineptitude need to be felt with.
We have had so many bio-security lapses, NAIT and MPI failed with Myco Bovis. We have a timber industry dependent on one species , Radiata, often cloned and extinct in it's homeland California due to pitch pine canker and pine beetle, either would devastate our forests, I notice more gums being planted.

Taleb
"There’s nothing wrong with being wrong, so long as you pay the price. A used-car salesman speaks well, they’re convincing, but ultimately, they are benefiting even if someone else is harmed by their advice.

While on the topic of Customs AndrewJ

A mate works for Customs and has been telling me of this balls up for years. Said to pay for the cost over run front line staff weren't replaced when they left, their staffing is now so low it's a joke. Had a beer with him a while ago and the amount of drugs getting into this country is unreal and not just the normal meth. Cocaine is now prevalent in the Auckland night club scene and he believes this due to lack of staff at the border.