Rural News
Sharon Forbes warns of the risks corporates expose themselves to when they alter the basis of products away from the assumptions consumers have historically had
4th May 18, 9:33am by Guest 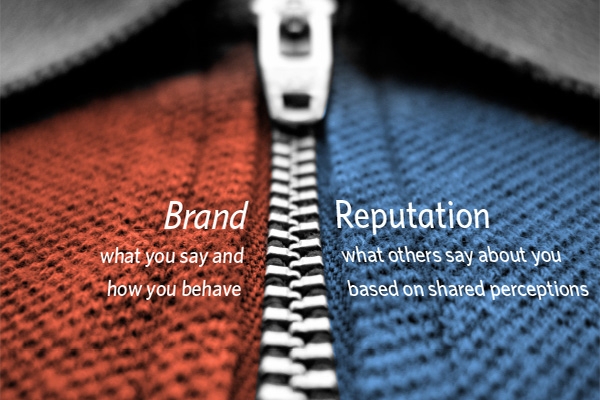 New Zealand’s reputation as a food exporter is based on branding around consistent quality and safety of New Zealand-made products.

Even some of New Zealand’s most iconic brands are implementing strategies that may lessen the trust domestic consumers have historically placed in them.

While these decisions have likely been made with profit in mind, there appears to be little concern for the potential to confuse, mislead or anger consumers.

The importance of brand reputation

Given that profitability is strongly linked to brand reputation, this seems a rather short-sighted strategy. Once a reputation is damaged, it may take a long time to fully recover.

Look at Cadbury for an example of this. For many years, Cadbury was frequently rated in the top ten of New Zealand’s most trusted brands. Its 2009 decision to increase the palm oil content in its chocolate (and to reduce the size of the blocks but not the price), destroyed the trust New Zealand consumers had in the brand.

The annual Readers Digest poll of consumers in 2017 shows Cadbury has still not made it back into the top ten most trusted brands. It should be noted that Whittakers used a brilliant comparative advertising campaign at this time and positioned itself as an iconic New Zealand brand. The company has been regularly named as the most trusted brand by consumers ever since.

In 2017, Cadbury is still not back among the top ten most trusted brands.

In 2017, consumers rated Tip Top as the fourth most trusted brand in New Zealand. Most New Zealanders have grown up reaching for a Tip Top ice cream on hot days. The Fonterra-owned brand is simply synonymous with New Zealand (is there anything more Kiwi than an advert starring Rachel Hunter?) and it has positioned itself as an iconic Kiwi brand.

Yet, we now hear that two new ice creams packaged with labels stating they are “brought to you by Tip Top” are in fact “Made in Spain”. It remains to be seen what impact this strategy will have on trust in the Tip Top brand going forward, but consumers do not like to be misled.

Up until now, any New Zealander picking up a Tip Top ice cream would have believed it was made in New Zealand using the milk and cream produced by our dairy farmers. And why, in a nation claiming to be one of the world’s best dairy producers, would we import ice cream?

Apart from angering and misleading our domestic consumers, this strategy could send a message to overseas consumers that contradicts the market positioning New Zealand’s dairy industry has worked so hard to achieve.

A second example comes from the Pernod Ricard owned Montana wine brand. While it is many years since Montana has been a New Zealand-owned winery, it remains a brand that is strongly regarded as having helped to launch the Marlborough Sauvignon Blanc success story.

New Zealand’s wine consumers are used to seeing Montana labelled bottles on supermarket shelves and they associate the brand with wines from Marlborough and other reputable New Zealand wine regions. Recently it was revealed that some of the most popular bottles of Montana Sauvignon Blanc (the Classics and Affinity ranges) are in fact produced using Australian grapes.

The front labelling looks very similar, although the word “Marlborough” has been removed. It is only on the back label that the country of origin is printed.

This is, of course, all perfectly legal but misleading to consumers nonetheless. Consumers who have enjoyed a regular tipple over many years will simply see the Montana logo and the Sauvignon Blanc varietal; they will have no reason to suspect the wine is not still being made from Marlborough grapes and nor will they have any cause to read the fine print on the back label.

Aside from misleading consumers, Pernod Ricard’s decision about its Montana brand may have a flow-on effect on the wider wine industry. The price of the Australian Sauvignon Blanc grapes is much lower than Marlborough grown equivalents, thus the Montana strategy may push the grape price down for local producers.

This decision may damage New Zealand’s reputation as the world’s leading producer of quality Sauvignon Blanc. If the international media report that our own wine businesses are importing Australian Sauvignon Blanc, then what does this say about our own wines and what does it do for our positioning in global markets?

A recent survey indicates that more than half of all New Zealanders want to buy and consume quality food and beverages that are produced in this nation. But, it seems that it is increasingly difficult for consumers to identify a New Zealand product from an imported one. Even the use of an iconic Kiwi brand name may not signify “Made in New Zealand”.

It is clear that our brands are making decisions which are, intentionally or not, misleading consumers about a product’s country of origin.

Regulations around country of origin labelling need to be improved to require labels to be on the front of all food and beverage products sold in New Zealand. This is the only way to remove confusion for the end consumer and to give them the protection ensconced in purchasing safe and high-quality New Zealand-made products.

Sharon Forbes is a senior lecurer in marketing at Lincoln University. This article first appeared in The Conversation. It is here with permission.

I think you are confused, the brand is owned, made in NZ is just marketing, the goal is shareholder returns, Fonterra is a multinational company. Montana is a State in the USA or a wine company owned by Pernod Ricard

It doesn't matter where the wine comes from if the quality is good they are in the wine business not the country business.
I like Spanish ice cream, tourists flock to buy it on a hot day. Country of origin is restricitve for these companies.
It's the new world where we are owned by the corpocracy