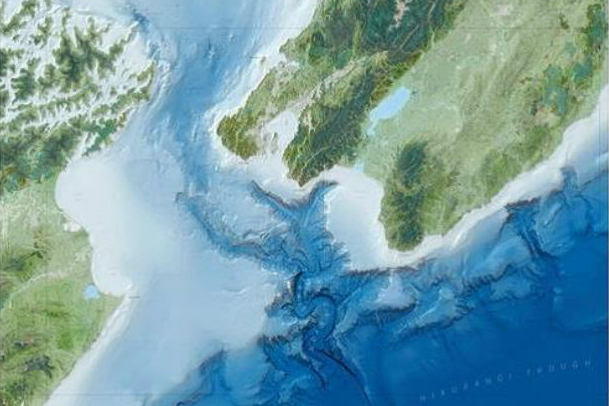 Dividing line - is North worth more than South?

When it comes to being paid for their livestock, South Island farmers appear to be quoted considerably less for some species than their North Island counterparts.

Trying to unpick the reasons for the differential is complicated by a number of factors, like traditional meat company secrecy, schedule price as distinct from premiums paid for volume supply, cooperative pool payments and loyalty rewards, shorter seasons, cartage, labour agreements and relative plant efficiencies.

Schedules for the last week of April show as much as a 60 cents per kilo difference between the islands for lamb and 20 cpk for mutton, while there are also pronounced variations in pricing from one processor to another which can be partly explained by respective processing requirements and available capacity. However it must be a minefield for the poor supplier who must balance loyalty and anticipated pool payments to be paid several months later against a higher price on the day, while deciphering the various factors which affect the final price received.

For example, although Silver Fern Farms states clearly its policy of paying all cartage, its price indicator includes a whole series of extra benefits – wool pull, pelt and presentation premium – as well as a cartage cost which it doesn’t charge. Admittedly the company used to charge for cartage, but surely it’s a bit rich to include it in the total value of the lamb when no other processor charges it either.

One livestock manager graphically describes the South Island schedules as ‘irrelevant bullshit’ because they bear no relation to reality. In spite of the cooperatives’ schedule for lambs in the main weight range sitting at $6.30 and $6.50 per kilo respectively, I am assured there is no hope of buying at the moment for less than $7.20 in the South Island, while greater procurement pressure in the North Island is pushing the price as high as $7.40. The flow of lamb to the southern plants is running late this year, so it’s still possible capacity will be stretched which is of course when meat companies try to pull the price down.

Cows, whether prime or manufacturing, currently fetch $4 per kilo in the North Island compared with $3.55 – 3.70 in the South, although South Pacific Meats offer more than that. Prime steer and bull are the only species for which South Island processors are willing to offer higher schedules than their North Island counterparts, although the difference is marginal and may well be eliminated or reversed after premiums are taken into account.

But this situation bears out the reality of procurement competition – regardless of what the schedule claims is the market price, processors pay what they must to fill up the capacity they have available at any one time. Despite all the talk of loyalty between processor and producer which has dominated the meat industry for as long as I can remember, the mentality still appears to be the same as it has always been. Farmers often feel compelled to shop around to find the best deal because they don’t trust any single company to pay them their best price, especially when they hear their neighbour has been paid more. There may be any number of reasons for this, some genuine, but it doesn’t lead to good faith between the parties who ought to have the closest relationship based on complete trust.

Because the gap between schedule and actual price paid is greater in the South Island, it is hard to avoid the conclusion it has something to do with the cooperative model which is the dominant company structure in this part of the country. I have already referred to the complexity of cooperative supply arrangements based on pool payments, loyalty bonuses and volume incentives, but there is a gradual but unmistakable trend, evident in the dairy industry as well as the sheep and beef sector, towards supplying a processor prepared to offer a simple price structure without having to join a cooperative.

There are thousands of sheep and beef farmers, especially those in the far south, who have supplied one of the cooperatives for decades for historical reasons or because they want to guarantee killing space at peak times. But times have changed with the advent of non-cooperative processors, like ANZCO and SPM, but also the huge land use change from sheep to dairy. Sheep and beef farming is under enormous pressure from alternative land uses, quite simply because of higher returns.

AgFirst consultant Bob Thompson has argued recently the main problem for the red meat sector is the low price. While lamb prices have risen to $7 per kilo, beef is still languishing around the $5 mark and he argues it also has to rise to $7 before the industry is sustainable and competitive with the alternatives, combined with more efficient wintering systems. Thompson argues a beef price of $7 would incentivise a change from dairy if the dairy payout drops below $6 per kilo of milk solids, but until beef reaches that crossover, farmers will not respond.

Meat companies have a duty to themselves and their suppliers to attempt to lift the returns for red meat. Lamb and venison appear to have reached a competitive level, although these prices are yet to be proved sustainable, but beef is still lagging behind what can be considered an acceptable return to the producer. All meat companies should take this challenge on board, but the South Island cooperatives in particular need to take a hard look at the message they communicate to their suppliers by continually pitching their schedules so far below the real market value.

It's time for South Island farmers to take their biannual fact finding tour of Tuscany or Montana. You know, to learn the secrets of successful NZ farming while sipping wine or shooting buffalo. Maybe get in a little skiing while they're there, just to let off some steam after the exhaustive finding of facts. Farmers: The backbone of the nation and completely hard done by, mostly because of the bluddy guv'mnt and all those useless bludgers in the city who ought to get out of their offices and into the real world and find out what work is!

I always thought the Sth Island companies paid less because it is so much more seasonal then the Nth Island.
Lots of a beef carcass still goes to the grinder or low value cuts ,making it hard to lift the value of the whole carcass.

The schedules are set on the basis as to what can be got away with. It’s that simple. Always has been.