In a second open letter to the Minister of Agriculture, Keith Woodford highlights some ‘coalface’ issues that MPI is really struggling with, right now

In a second open letter to the Minister of Agriculture, Keith Woodford highlights some ‘coalface’ issues that MPI is really struggling with, right now 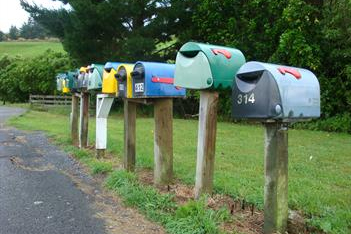 This is another open letter to the Minister of Agriculture Damien O’Connor, sent on the evening of 29 May 2018, as part of an ongoing dialogue.

This is a further open letter. It is an open letter because it contains information that I believe both you and others need to hear.

First of all, I want to acknowledge the phone and email interactions we have had in recent days. I note in particular that you emailed me at 3am this morning which surely tells its own story. Farmers too are emailing me at that time, indicative of the stress they are under.

Now that the eradication decision has been made, then I do not wish to debate that here. Instead, I want to focus on maximising the chances that it will work and minimising the pain to the affected farmers.

On the Newshub AM show this morning I focused among other things on the need for MPI to ‘up its game’. Response Director Geoff Gwyn subsequently acknowledged that there may well be lessons to learn, but did not name any when asked, and said that he thought that MPI had done many things well.

Accordingly, my focus here is on some ‘coalface’ issues that MPI is really struggling with right now and which are causing great personal pain to affected farmers.  Quite simply, MPI does not have efficient decision-making processes for approving the movement of cows on NOD (suspect) farms from the milking platforms to the winter feed.

In the South Island, most farmers shift their cows to another farm for the winter. This is nothing to do with Gypsy Day, it is just part of the standard farming system. This year it would have started It started some weeks ago, with animals moving off the milking platform as they are dried off, and coming back to the home farm typically in late July or August, depending on calving date of specific animals

Currently there are some 300 farms on movement control as NOD (suspect) farms and many of them are in a situation right now where the cows and feed are in different locations. By now they should all be on wintering blocks. This is becoming a big animal welfare issue with downstream consequentials.

You have told me that you have been trying to speed up the decision process. But the message I am getting from the field today is that the decisions are still not getting made.

I heard mention from Geoff Gwyn this morning on the AM show that there are 25 more case managers to be allocated. That is all very well, but these case managers do not seem to actually have the power to make things happen.

Farmers on NOD (suspect) farms have enough that is stressing them already, without having to deal with a case manager who has no power to assist.  It is essential that the case manager can deal directly with a person who has delegated authority to allow animal movements to winter feed.  Further layers in the system are totally non-productive.

I also mention that I believe Government is underestimating the complexity of the claims process. I would expect the majority of the approximately 300 NOD properties (to date) will have claims of one type or another, and almost none will be simple.  Even for apparently simple IP (infected property) cases, I am seeing farmers who are accepting low values for animals just to speed up the process.    And a meaningful start has yet to be made on the more difficult issue of income loss.  However, I am getting reports that the task of trying to verify a loss of income claim is horrendous.

Coming back to the immediate priority, for NOD properties we have to get cows to their winter feed.

Updated at 10.17 pm on 29 May. The Minister Damien O'Connor has come back to me stating that :

Keith. Have been discussing that very issue of authority and flexibility for NODs. We are very aware of feed situation and complex challenge to reduce animal and human welfare pressure. Regards. Damien

*Keith Woodford was Professor of Farm Management and Agribusiness at Lincoln University for 15 years through to 2015. He is now Principal Consultant at AgriFood Systems Ltd.   His articles are archived at http://keithwoodford.wordpress.com. You can contact him directly here.

Why getting winter feed to cows is not an option?

xingmowang,
The feed is typically root crops and both difficult to harvest and transport.
There would be insufficient harvesters (needs specialised equipment which is uncommon).
The cows are currently eating the remaining grass on the milking platforms, but this is meant to be for calving and using it now will create huge stress problems (for cows and humans) at calving in August.
The silage is at the winter platforms, not the milking platforms. And although some hay can be used, that does not solve the problem.
KeithW

Thank you, Keith, for keeping your head above the parapet and holding the Minister and assorted Minions to account.

The risk as I see it is threefold:

One hopes for the best, but the EQC saga argues for something worse.

Keep their feet to the fire.

Waymad,
From what I can see the banks are accommodating to the extent that farmers new needs fit into existing lending guidelines. But banks are not advancing credit on the assumption that compensation will eventually flow. I know of one farmer whose 'repopulation' of his farm (several months after the animals were slaughtered) has been delayed because the bank would not advance the cow-purchase money.
Keith W

Keith,
Political filibusters are good and I hope you can put in a good word for increased compliance with Nait.
For instance a slogan that an untagged cow is a dead cow and that fines for evasion should be the size of a large tractor.

Positivelywallstreet
From what I can find out, the NAIT problem has been almost totally with calves from Southland. And it has been a big problem. There will always be the odd animal on farm without a NAIT tag because they do fall out. But purposeful evasion in future is likely to lead to becoming a guest of Her Majesty.
Keith

I would hope for a tougher inspection regime for Nait and, after all, little calves grow up to be big cows
/ bulls
I think stick and carrot should be used as motivation.
Ok, im just a taxpayer forking out $600 million to support what appears to be a hamburger trade.

Keith, are you saying you think there will be custodial sentences for selling an animal not registered under NAIT?

If so, it seems a poor idea to me given the existing prison population.

Possibly better to fine and to set up a public register of offenders (both the company and the individual director/shareholders, so that others are alerted to non-compliant supppliers) and perhaps apply some corrective requirements/instructions in terms of farm systems/practice (kind of like the conditions placed on resource consents).

There has been a concerted effort by those with obvious skin in the game on this forum and others to paint the massive non compliance on NAIT as a non factor in this outbreak. MPIs failure to enforce fines and where neccessary improve the system also needs to be viewed in the smalltown - everyone knows everyone, nature of rural NZ. Government failure is also complicit, officials knew there was non compliance but the No 8 wire mentality, she'll be right mate won through along the lines of Pike River, David Bain appeals, police investigating police, Cave Creek - the list goes on.

Definitely there needs to be a few prosecutions to motivate people to comply with NAIT.

But I think they need to fix what I've found to be the two major flaws with it:
First, because it is a single tag system, once the tag is lost the animal is unidentifiable, and second, it is almost impossible to read the tags manually which means farmers without scanners can't comply with regulations.

I've always thought it needs to be a double tag system with a visual number.