Federated Farmers' member survey shows farmer satisfaction with banks holding at about 80% positive, but sharemilker satisfaction is down sharply
5th Jun 18, 9:49am
by Guest 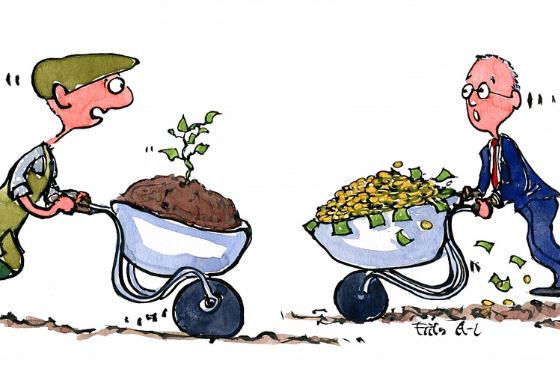 More farmers are feeling under financial pressure, and satisfaction with their banks has slipped, the May 2018 Federated Farmers’ Banking Survey shows. The biannual survey drew 1,004 responses, more than double that of the last survey in November.

While results indicate the vast majority of farmers are still satisfied with their banks, those saying they were ‘very satisfied’ or ‘satisfied’ fell from 81% to 79% since November.

The fall was particularly pronounced for sharemilkers (68.5% satisfaction, down from 77%) although for them the drop was mainly driven by more of them having a neutral perception rather than being dissatisfied.

Perceptions of ‘undue pressure’ have also picked up, from 8.1% in November to 9.6% in May.

The increase is mainly down to dairy, where the increase was from 10% to 13.8% (with sharemilkers rising from 9.7% to 13.5%). However, this pressure is still less than experienced in 2016 when one in five sharemilkers felt undue pressure.

Just on 15% of arable farmers reported feeling under more pressure from their bank, but there were only 46 respondents from that sector.

Federated Farmers Vice-President Andrew Hoggard said while the average mortgage across agriculture has decreased in the past six months, it’s up from $4.6 million to $5.1m for dairy - the highest level since the surveys began in August 2015.

"We need to be careful interpreting these figures. It may just be a reflection of the profile of those who took part in the May survey compared to November participants."

"But it’s a fact that dairy holds two-thirds of the total agricultural debt of around $61 billion, and a growing proportion of that dairy debt is held by highly-indebted dairy farms."

It’s worth noting the Reserve Bank also released its six-monthly Financial Stability Report this week and continues to view dairy debt as a financial stability risk.

"On the positive side, the Reserve Bank observed that better and more stable dairy prices mean most dairy farms are currently profitable, allowing some farms to repay some debt," Andrew said. "But it warned dairy farming remains highly indebted and vulnerable to any future downturn in dairy prices. It identified Mycoplasma bovis as an emerging risk that has potential to negatively impact productivity and profitability, and noted that dairy faces long-term challenges, including the impact of response to environmental concerns, such as stricter regulations."

New Zealand Bankers’ Association Deputy Chief Executive Antony Buick-Constable was pleased the survey showed most farmers remain satisfied with their banks. "Banks work closely with their agri clients, through good times and bad. Keeping the lines of communication open is critical to the ongoing success of farmers and their banks," Antony said.

Just under a third of ‘all farms’ reported having detailed and up-to-date budgets for the season about to begin but as usual sharemilkers did better in that regard, with two-thirds having that budget in place.

Farmers’ satisfaction with communication from their banks remained stable at around 74%, with sharemilkers the least satisfied.

A rural real estate agent asked me earlier today how much farm prices would lift this season on the back of Fonterra's $7 forecast for the coming season.
My reply "None".
We then both agreed farmers are tired and worn out, Sick of the pressure from low payouts, sick of the pressure from the banks - the fun has gone out of farming.
There is no pride left after constant vilifying in the media over environmental and animal welfare issues.
Went to a party in Auckland on the weekend, didn't tell anyone I am a farmer cause it wasn't worth the effort justifying what I do for a living.
And I still hope my son will take over one day. How do you explain that?

Not surprised sharemilkers are feeling less love for the banks. One was told by the bank that they needed a new herd valuation. Sharemilker found a valuer, got a price for the valuation, contacted bank and told the bank it would cost $1500 and who was he to tell the valuer to send his account to. 'You' came the reply. Sharemilkers reply 'No I'm not paying it, you want it, you pay it'. Banker: 'Ok we will leave it this year then'. Sharemilkers comment to mates was 'so how many sharemilkers are have paid up because they don't have the energy to fight it?'

I would have thought that Bank's would have been as up to date with Stock valuations as the Sharemilker.
Sound like usual Bankers the Stock valuation would be placed on file just in case their Auditors enquired.
Thought Bank's were a bit more pro-active these days. Does Not seem like it.