Rural News
Allan Barber reviews some decidedly average results by the key meat processors, even as farmer returns are high in the face of aggressive competition 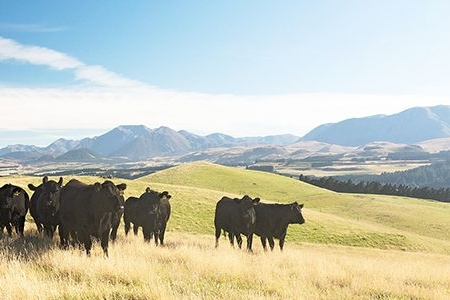 ANZCO’s lacklustre result for 2017, posted last month, concludes the financial reporting for last year by the three major processors which publish their results.

None of the three companies achieved a particularly good return on their investment in the business, but both Alliance and SFF showed improvement on the previous year which was in each case the result of substantial changes in the business structure and balance sheet. The $261 million investment by Shanghai Maling in acquiring 50% of SFF had an immediately positive impact on the company’s balance sheet strength and interest bill. During its year to September Alliance was able to reduce debt and make increased investment in plant upgrades at the same time.

ANZCO’s press release noted consistent sales compared with the previous year, substantial capital investment and growth in the food, nutrition and healthcare section of the business, but the profit figure was in stark comparison to the $17 million pre-tax profit for the 2016 year. ANZCO’s shareholding also changed with long-term shareholder, Japanese meat company Itoham Konekyu Holdings, buying out the minority shareholders and moving to 100% ownership.

ANZCO is clearly pinning much of its hope for future performance gains on the value creation part of the business which now makes up over 10% of company turnover, although it showed a 30% growth in 2017. According to CEO Peter Conley it has been a slower process than expected, but this area has great potential, especially to insulate the business from the growing threat of alternative proteins.

Conley who took over last year from long time CEO, Mark Clarkson, says there is limited growth potential in sheep and beef and there is only short-term opportunity to grow by buying market share, so the alternatives are restricted to creating more value from what can be processed through the company’s plants and investing in that part of the business.

Itoham is very clearly a patient owner with a long view of its investment in ANZCO, fitting very neatly with its intention to achieve growth in its global meat strategy. It intends to leverage ANZCO’s international business with particular emphasis on Asia. The Five Star feedlot which makes up 40-50% of the beef throughput for the Seafield plant is an important part of the strategy.

ANZCO’s challenge is to improve its profitability with its South Island biased plant configuration in the face of aggressive competition for livestock. In spite of positive markets for sheepmeat and beef, margins on beef in particular have been thin which explains the drop in profit in the latest year’s result. 2018 started off just as competitively, although this has eased in the last few weeks.

Whether the procurement situation has eased sufficiently to allow better profitability will only become clear towards the end of this year.

Alliance which still reports a September year will provide the first indication when it releases its annual result in late November.