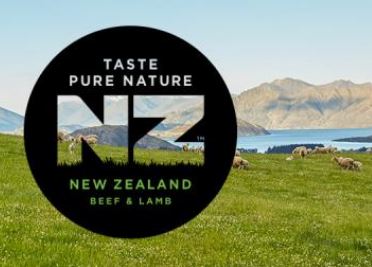 Beef + Lamb NZ is conducting a four week consultation process with its members as it seeks to obtain approval for a modest increase in levies to be applied to four key areas: promoting the Red Meat Story through the Taste Pure Nature origin brand, helping farmers to lift their environmental performance, telling the farmer story and improving their capability to address biosecurity risks.

The proposal asks for a 10 cent increase in the sheepmeat levy and 80 cent lift in the beef levy, respectively a 16.7% and 18.2% lift from the current levels which have been in place since 2009.

Since the 2015 referendum B+LNZ has reprioritised expenditure which has resulted in net annual savings of $1.4 million made up of reduced spending on offshore offices and market development activities partly offset by investment in environmental projects, work on the new origin brand and research into alternative proteins. Smaller investments have also been made into the appointment of Jeff Grant as the Brexit Red Meat Sector ambassador and B+LNZ genetics.

This process is an important step towards B+LNZ’s goal of strengthening its connection with farmers since the dark days of the 2009 referendum when the wool levy was lost, removing a $6 million contribution to the organisation. The 2015 referendum provided a strong endorsement of the work being performed on behalf of farmers with 85% of votes in favour compared with a narrow majority in 2009. However B+LNZ deliberately opted not to ask for a levy increase in the referendum, but made a commitment to consult farmers before introducing such an increase.

The strategic review, carried out after the last referendum, led to a refocus of the organisation’s key areas of activity to reflect the changing global marketplace in which sheep and beef farmers operate. Recent events have confirmed the relevance and importance of those areas identified.

For example, competitors, notably Australia and Ireland, have been quicker off the mark with the development of their own country of origin brands which makes Taste Pure Nature a critical step towards building a credible Red Meat Story for New Zealand beef and sheepmeat. Secondly, overseas customers increasingly demand information on how meat is produced and where it comes from with particular emphasis on animal treatment, traceability and environmental performance. Then domestic stakeholders, from central and local government to individual members of the public, require evidence of environmental responsibility; this makes it essential to tell the farmer story persuasively and convincingly. Lastly the discovery and spread of Mycoplasma Bovis has placed biosecurity risk at the front and centre of public awareness, not least because the taxpayer is faced with an estimated $600 million bill for eradication. Preventing biosecurity incursions remains a critical factor for the agricultural sector.

It’s important to note the industry’s share of the M. Bovis eradication programme will be funded by a separate contribution under the Government Industry Agreement designed to cover biosecurity incursions and supported by 85% of voting levy payers. B+LNZ is currently negotiating the sector’s share with Dairy NZ which will result in a separate levy for sheep and beef farmers. The government has agreed to carry the cost of eradication for the first two years, requiring the industry to start contributing after that.

B+LNZ will certainly take into account recent suggestions the introduction of the Taste Pure Nature origin brand might undermine Lamb Company promotional activity in North America when discussions with meat companies about the finer details of the brand development process take place. Existing company brands will be reinforced by proposed activities promoting the country of origin brand and meat company executives I have spoken to, including Simon Limmer of Silver Fern Farms, are very supportive of the concept of the Taste Pure Nature origin brand. However, B+LNZ and the meat companies are still working through the precise details of the activation process, to ensure the development of a successful New Zealand meat brand.

There is plenty of goodwill between B+LNZ and meat companies and not too many years ago there were discussions about forming a single industry good organisation to represent farmers and processors. This was rejected, partly because not all meat companies were in favour, but also because the farmer organisation realised it had a critical role in representing the specific needs of farmers which would be compromised by combining with MIA. Since the 2009 referendum B+LNZ has focused on spending the levy on those aspects of farming that farmers value, while also making sure they are aligned with changing strategic priorities.

The dramatic improvement in levy payer support at the 2015 referendum and the body of work undertaken as a result of the strategy refresh programme provide plenty of evidence B+LNZ has succeeded in justifying its existence as a focused sheep and beef farmer organisation.

Initial farmer response to the consultation process suggests there will be strong support for the levy increase to allow work to continue on delivering results against the key priorities for the benefit of the whole red meat sector.