Fonterra chairman John Wilson quits after serious health scare, being replaced by John Monaghan, a director of the co-operative for 10 years

Fonterra chairman John Wilson quits after serious health scare, being replaced by John Monaghan, a director of the co-operative for 10 years 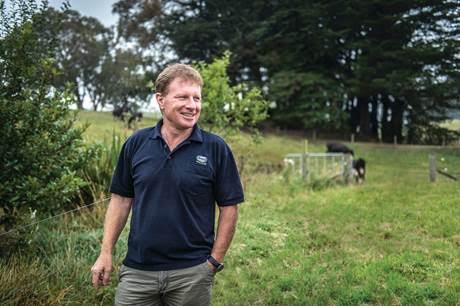 Dairy cooperative Fonterra has announced the resignation of chairman John Wilson who is being succeeded by existing Fonterra director John Monaghan.

Fonterra Co-operative Group Ltd (FCG) today announced that John Wilson has stood down from his position as Chairman with immediate effect as he recovers from a recent serious health scare. He will remain a Fonterra Director until the Co-operative’s Annual Meeting in November, when he will retire from the Board.

Within the last month Mr Wilson has undergone a significant surgery and will require on-going treatment.

In response to Mr Wilson’s decision, the Fonterra Board has selected John Monaghan as the Co-operative’s new Chairman.

He grew up on a dairy farm and has current farming interests in the Wairarapa and Otago.

During his time on the Fonterra Board Mr Monaghan has served on multiple committees, chairing several of them.

He has taken a lead role in representing Fonterra’s interests on customer visits and global trade issues and has strong networks both domestically and internationally with key stakeholders.

Mr Monaghan has been closely involved in the process to appoint a new CEO to Fonterra and will now lead the advancement of this appointment with the full involvement of the Board.

In a message to farmers earlier today, outgoing Chairman John Wilson said the decision to stand down as Chair had been difficult but was ultimately in the best interests of the Co-operative.

“I have made a very good recovery and am well but will need on-going treatment.

“It has been a privilege to serve you as Chairman and give something back to this great Co-operative that continues to give my family and me so much.

“As many of you will know from experience, governance roles are incredibly rewarding, but equally demanding on the individual and their families.

“Continuing as Chairman when I cannot put my full energy and attention into the role is not appropriate.”

Mr Wilson will now be concentrating on getting back to full health and will not be making any further public statement.