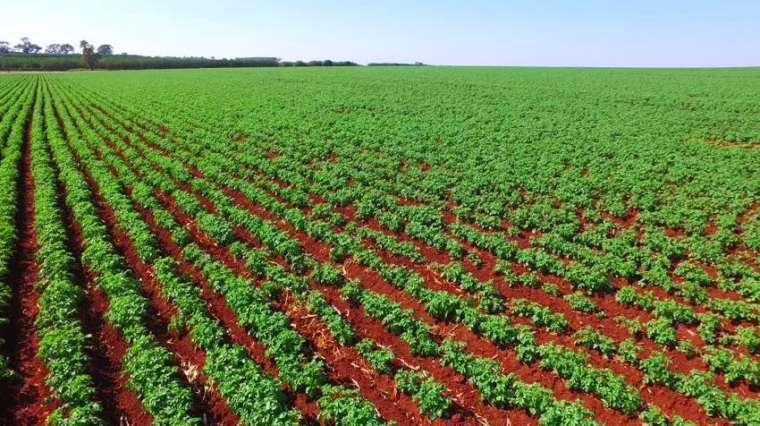 Two reports have came out this past week which should make all New Zealanders realise that they cannot take the abundant local food sources for granted if they want it at a price most can afford.

The first is from Horticulture New Zealand which commissioned a report by Deloitte’s to understand the issues faced by Auckland's premium food producing area based around Pukekohe. It has traditionally been known as Auckland’s market garden and while typically other parts of New Zealand are happy to leave Auckland to sort out its own problems, what is and does happen here is likely to be a blueprint to other regions.

Christchurch and Wellington have seen their key market garden areas already succumb to urban sprawl and be pushed further beyond the city influences, and other regions will not doubt have similar experiences.

However, back to Pukekohe. Projections for Auckland in 25 years’ time make sobering reading. The population is expected to be 37% higher (at 2.3 mln) leading to a +33% increase in demand. To meet this level of food production, costs are expected to increase (in todays $s) by between +48% to +53%. An example used is lettuce, currently costing $3.50 becomes worth between $5.01 and $5.50.

To meet this challenge, even with the higher revenues, growers face an array of constraints.

The major ones being; Competition for land (urban sprawl), access to water (it keeps coming up), labour and technology and crop nutrition and protection in an increasingly hostile environment.

Grower response to date has been to move further and further away from Auckland adding to cost both with additional transport and production costs. “If left unchecked, less production could result in lost economic value, higher prices for customers, and job losses for the industry itself and the sectors it supports,” the report concludes.

Deloitte does see a way forward, but it will require movement from both local and national government. Six areas were highlighted as being at least part of a solution.

1. Accounting for and valuing productive land.  Adequate and careful planning on land use, including balancing the needs of housing and horticulture.

6. Secured access to resources. Balancing of domestic and horticulture demands on water through efficient and considered water allocation systems.

Government has indicated they are aware of the issues but the issues are not new and so nobody will be holding their breath expecting anything to change soon.

The second report is related somewhat and is that the Northern Hemisphere can expect the next five years to be “anomalously warm, with a greater chance of extreme temperatures”.

NIWA are warning New Zealanders to also expect the likelihood of having hotter than normal years. Already, 2016 is the hottest year on record and the likelihood of more El Nino’s are considerably greater. These generally mean higher temperatures for all and increased drought on the eastern side of both islands’.

None of this is new but previously it was considered a "future proble "; the difference now is that these reports relate to the present.

As the climate warms, getting extra-warm years will translate to a much greater occurrence of extreme heat, dryness, and a greater chance of wild fires, as we are seeing in the Northern Hemisphere summer this year. This paper suggests that the coming few years are likely to see such extremes continue.

Six action points for government without mentioning a population plan.

In 2005 the Australian govt predicted 25m in 70 years but it was reached last week. So their plan was inadequate. At least they had a plan.

Like most immigrants I suggest we lift the drawbridge and keep NZ's population low and its lifestyle unchanged. That would negate all six of the authors points. Sadly the average Kiwi is not a NZ loving immigrant but is insecure, resentful native envious of countries with higher population density.

Good article, but as always misses the elephant in the room - population growth. With immigration accounting for 2/3 of pop growth at present, the current rate of population growth can be drastically reduced without having to resort to anything nasty like 1 child policies etc.
My problem with all reports as above is that the timeline is only 25 years! What happens after that? We need to think and talk much more long term. My kids are barely going to hitting their stride in 25 years.

Yep, as others have said no mention of population growth.

Grower response to date has been to move further and further away from Auckland adding to cost both with additional transport and production costs. “If left unchecked, less production could result in lost economic value, higher prices for customers, and job losses for the industry itself and the sectors it supports,” the report concludes.

The essence of the Auckland Unitary Plan - is disperse and increase distance.

The same problem that is about to occur in food production will happen with everything - jobs, housing, infrastructure.

Pukekohe is to double in size over the next 20 years and consume a large area of productive land - as part of the Auckland plan to create huge sprawl. Development of less productive (lifestyle block type) land closer to Auckland at Takanini and Greenhithe is banned for the next 20 years. This means that food production is disrupted so that population can be dispersed.

Might be time to email Mr Twyford again about protecting Pukekohe soils. It is absolute madness to allow them to be concreted over.

There is an urban growth agenda Cabinet Paper.
http://www.mbie.govt.nz/info-services/housing-property/urban-growth-age…

Spatial planning is one of five pillars in the agenda. Phil Twyford needs to make clear that elite soils south of Auckland is a consideration in spatial planning and that basically elite soil will be identified and forever be off limits for residential development. Further that infrastructure and urban growth corridors will bypass these identified 'no go' areas.

Also I would dispute that Christchurch has grown over all its market garden areas. There is a large market garden area around Marshlands. This should be identified in spatial plans as a 'no go' area wrt to urban growth corridors and infrastructure provision -both due to its good soils and importantly former marshland areas are prone to liquefaction so do not make good areas for housing.

In Greater Christchurch the more promising urban growth corridors are further north and to the south-west. Infrastructure provision needs to concentrate on those areas and enabling more development in existing suburban areas.
https://medium.com/land-buildings-identity-and-values/ending-christchur…

Phil Twyford was elected on a promise to open up those hobby farms around Auckland to development, by removing the RUL. He has the policy tool to solve this problem. If that could happen the value of commuting from Pukekohe or beyond would fall dramatically. Is it too much to ask that a politician keeps a promise?

In the meantime, because Auckland bans access to proximate land, the consumption of the more distant productive farmland continues at a pace. Waikato District Council has opened Tuakau and Te Kauwhata to greater expansion.

The breathless runaway climate predictions do match the data. "Average corn yield is forecast at 178.4 bushels per acre, up 1.8 bushels from last year. If realized, this will be the highest yield on record for the United States.
U.S. farmers are expected to produce a record-high soybean crop this year, according to the Crop Production report issued today by the USDA’s National Agricultural Statistics Service."

Wild fires are not increasing, as this article suggests, either. Burn rates are a fraction of what they were during the dust bowl era of the 1930's.

New Zealand would be a much better place with a population of two million. I would settle for an upper limit of 5 million as part of the political deal.
Just this morning I am reading about the housing crisis in Southland. Real problem apparently. And two years ago I sighed as I read their economic development plan, which seemed to have nothing much there apart from desire to increase the local population by 10,000.
Take shotgun, aim carefully, blow both feet right off.

I assume this isnt adjusted for inflation as at 2% CPI per year for 25 years the lettuce sells for $5.63 anyway in which case its $9 a lettuce all else being equal. ie what allowance is there for vastly more expensive transportation costs? fertilizer costs? This is item 2, its not possible to increase production without using more oil and Ngas (makes fertilizer) this is all technology does really, turn ever more fossil fuel calories into food calories Where this comes unstick is in 25 years time there will be little oil or and way less Ngas as its effectively mostly gone so what is left will be priced out of affordability in terms of our economy.

Do we see anything in Deloittes reports high lighting this major conundrum? no I dont think so.

The answer then since growth for ever is impossible is we cant afford to grow Auckland to 2.3million, in fact we need to de-populate it.

and then we have climate chnage which by 2040 is likely to be having a 10~25% negative impact on food production.

Yeah another prediction - but the fact remains the US just had a record corn yield so a 10-25% negative impact has not shown up in the data to date. Nor in forest fire data.
https://www.epa.gov/sites/production/files/styles/large/public/2016-07/…

You cherry pick your data point as per normal like one country and one year. How did Syria go? or how is Iran going?

Forest fire data, well that is interesting all by itself, instead of their being a fire season California seems to be expecting fires all year around.

You can delude yourself as long as you want, meanwhile I think the tide has significantly turned against the deniers, the only Q left is is it now too late.

Yeah 100 year data series are cherry picks. Why would you get your ag yield data from tyrannical shite holes - there are few other factors at play there.

To put population into perspective, Nz has a similar land area to Great Britain , Germany and Japan , all with population 10 times or more ours. What Nz does not have is high density housing, this has to be accepted as necessary. Auckland could grow to twice its population without increasing it physical size significantly. The density would still be less than most European cities.

The density would be more than NZ now, thanks for the offer, but no thanks

Would you prefer farmland been paved over?