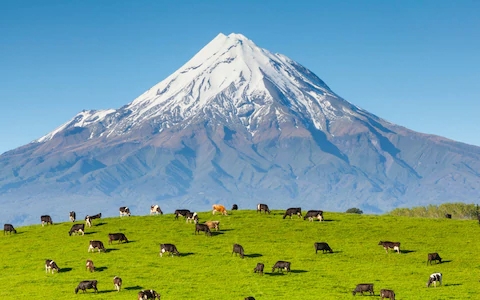 If anyone needed reminding about the importance of bio-security, then the report that Britain has had a reactor animal for BSE (mad-cow disease) should capture all‘s attention.

Found in the Scottish region of Aberdeenshire, the surprising thing that came out of the report, from this commentator’s perspective, is the regularity of these outbreaks.

This is the first since 2015, but over the last decade 76 animals have been identified over the UK. Given that in the UK 4.4 million animals were destroyed during the 1986 outbreak it shows the difficulty in getting rid of diseases that get a hold within a resident population.

Given that New Zealand is the first country to try and eradicate M. Bovis it is interesting to look at other disease outbreaks around the world which have been attempted to be eradicated. The two obvious ones are BSE and Foot and Mouth disease of which neither has been found in New Zealand. The three diseases have quite different profiles in how they have emerged and also in how they have been dealt with.

While there still appears to be some uncertainty about the true source of BSE, the general view is that it was a result of feeding cattle poorly ‘treated’ animal products which allowed diseased feed to be spread through stock feed. It is possible that the sheep disease scrapie may be implicated probably through poor practices in the rendering process to create stock feeds. It was only after the protocols around stock feed processing were further tightened up in the later 1990’s that a real reduction in the numbers of confirmed infected cattle began to be seen.

So, given that the source of the disease should have been cleaned-up it must be perturbing that a confirmation has been found.

At one point the disease was forecasted to be eradicated by 2001, then in 2002 “this decade” was mooted as the goal and yet it still appears occurring, be it at reducing numbers. It has been surmised by a few that in some rare occurrence’s cows can pass it on to their off-spring although few sources have considered this feasible.

Similarities to M. Bovis are that there is no cure, it often lies dormant for several years before emerging and testing of live animals is not always reliable. Through the 1980’s and 90’s Britain spent over £4 bln seeking to eradicate the disease. Foot and mouth disease by comparison appears a relatively simple disease. It is a virus and spread through contact. It does have, however, serious consequences when it becomes endemic as the ‘cure’ is prevention by vaccination. This then means that testing is no longer relevant as animals vaccinated will test positive although not ‘infected’. This can have serious implications for trade especially for livestock but also for fresh meat, which makes up most of New Zealand’s meat exports.

Currently the FAO and OIE (The world organisation for animal health) have programs in place to try and eradicate the disease due to the serious economic implications.

So, can New Zealand take anything from the experience others have had with these diseases? FMD seems to be doable through the use of vaccines, but that also comes with its own set of issues. BSE is the one that appears to behave more like M. Bovis and 30 years after the initial identification in Britain it is still rearing its head and unlike M. Bovis, it is not transferable through contact.

If New Zealand can eradicate M.Bovis be prepared to play the long game, as based on the UK’s BSE experience it is going to take a long time.

A recent example of the impact of M.Bovis is that the bobby calf kill has been extended for an additional month by one of the major processors indicating that numbers being slaughtered are well up on ‘normal’ years as a result of the reduced number of calves being kept to supply into the meat industry as a result of the M. Bovis risk.

The new seasons store lambs are starting to make an appearance with sales ranging from $103-$120. Ewes with lambs at foot are making similar money ‘all counted’. The schedules, however, are continuing their downward slide with most processors chipping another -10 cents off the lamb schedule.

No real recovery at last week’s Napier sale but prices have held and passing in’s have also been kept at a moderate level.

The schedule story is similar here with three of the four processors monitored reducing their prime schedule and cow also taking another trim. The schedule is having an impact in the saleyards with prime steer prices back to mid-winter levels.

An interesting occurrence this week with the two big processors moving in opposite directions. One lifted schedule prices by +10 cents while the other dropped by -10 cents. At least they can’t be accused of colluding.