Guy Trafford solves the riddle of why farmer confidence is low when prices are high. The cost of increased box-ticking makes the future of smaller family farms less viable

Rural News
Guy Trafford solves the riddle of why farmer confidence is low when prices are high. The cost of increased box-ticking makes the future of smaller family farms less viable 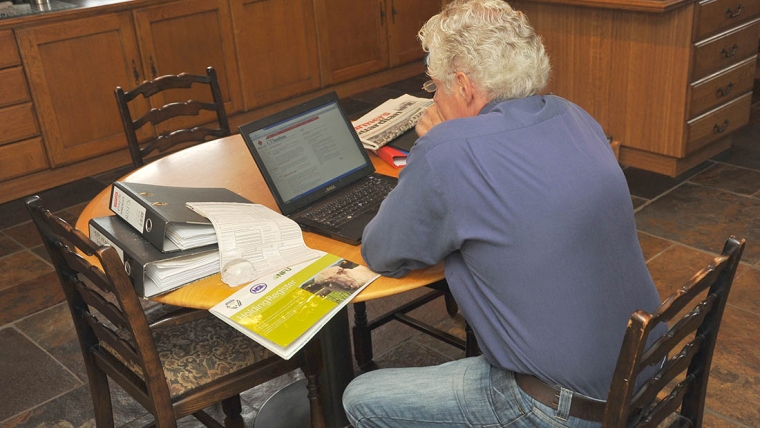 The MPI Situation and Outlook for Primary Industries (SOPI) has just come out and by and large it makes positive reading.

The Primary sector as a whole is predicted to lift by +3.8% in the season finishing the end of June 2019. With the exception of the arable sector which has a small drop, all over sectors are pointing in the right direction.

Breaking the report down dairying, perhaps surprisingly, is leading the way with a forecasted lift of +3.3%. Much of this is driven by the grass growing conditions being experienced this year. Meat and wool after the record year last season are still predicted to achieve a lift of +0.8% with wool and hides holding this sector back from achieving greater gains.

The big mover is horticulture which is aiming for a +12% jump, the extended seasonal employment programme paying dividends here.

Arable is looking to drop by -5.2% mainly due to climatic impacts last season having their influence as prices are not too bad.

So, given the optimism from the Ministry you would think farmers would be feeling pretty chipper about how things are going. But apparently not! Rabobank have also just published their “Confidence Survey” and it makes fairly grim reading with the third straight fall in a row.

So, what is going on with farmer psyche?

The thing to remember is most farmers are coming off a previous good season, this especially applies to meat farmers but the dairy industry despite the issues of Fonterra didn’t have too bad a season also. So the likelihood of prices dropping is a high probability. However returns came down the list when it came to the drivers of farmer confidence. This is reflected in the survey in that government policies remain the highest concern on the list rather than returns although they do feature.

Regarding government policies, as if farmers did not have enough compliance costs and issues to build into their planning the uncertainty, or perhaps it is the certainty, of another wave of requirements and their associated costs coming at them which is a growing concern.

Meeting the changes that new laws and regulations require is one thing, this takes planning and adjusting systems and has its own set of costs. But perhaps the greater concern is around the additional paper work and box ticking required to satisfy the bureaucrats that there is evidence of making the required changes.

I can recall back when GST first came in the family accountant saying the secret to sanity is to get big enough to be able to afford your own secretary, 40 years on still haven’t quite got there and the paper war makes GST pale into the wings. Compliance around nutrients and water use, add to that the farm environmental plan, which then also has to be audited. Keeping the animal health records, sales (NAIT comes in here), Risk Management Plans for the dairy shed and the auditing process for meat processing companies then we get onto the requirements for employing staff with ACC, IRD, OSH onto vehicle log books etc and so on.

In the meantime, the previous government thought that farmers had less book work to and reduced the standard 25% IRD allocation of a residence for ‘office’ work to 20%, go figure. If you make the mistake of adding value to your product in the vain hope of improving profits then compliance ratchets up to a whole different level and we wonder, why New Zealand is losing its competitive advantage to other food producing nations and why farms are becoming larger, at least then they may be able to afford the ‘administrators’ required to keep up with the paper war.

The coming “wave” that many farmers are concerned about is the record keeping for the areas around climate change. It is highly likely that farmers will be required to ramp up records on animal weight gains, numbers and weight changes plus trees grown and cut down and no doubt more I haven’t thought of.

So it is perhaps not surprising farmers have a dimmer view of the future than the ministry does as it is the farmer who has to do the work.

Starting with the positives, beef has seen little change with even a small lift for bull from Alliance. This is surprising given the numbers of stock, internationally, going to the processors. At the saleyards and particularly in the North Island prices on a per kg liveweight basis have seen a perceptible lift. Nothing to get too excited about but sellers will take their wins where they can.

Lamb prices have been on the receiving end both in the saleyards and on the schedule with several processors again trimming off -20c per kg. Mutton has held and in the saleyards some good prices in excess of $200 are being achieved likely indicating the good condition many ewes are in at the moment.

Has also experienced another fall and is now at a similar level to where it was at this time last year.

Continues to languish and while there are some initiatives to try and help lift prices, for crossbred fleece something hasn't been achieved for the best part of 40 years now. So, don’t hold your breath.

Fonterras latest offering is to seemingly acknowledge that incentives are a good idea Im assuming their ideas are that the carrot is better that the stick but we will see and its something wanted, paying extra for the much vaunted grass only milk would be great.
BUT.
I recieved the notification for our yearly QCONZ visit and realised damn any thing they offer will also come with a onerous dose of bureaucracy to fillout and present etc. Fonterra loves that crap.

Does Fonterra 'love that crap' or is it what their customers are saying Fonterra needs to prove sustainability, environmental good work etc?
There are a lot of comments on this site about what the world wide consumers want of NZ food exports- the 'clean green' call. A lot of the comments are from people who are not involved in FCMG exports so are simply parroting what they read in the media and therefore what THEY think the off shore consumers want. Reality is, it is the processors/exporters of our FMCG/primary exports that actually know what their clients require. So it is up to them to put supply conditions in place to ensure they meet those marketing 'must haves'. If you took Fonterra's stats out of the Dairy Water Accord figures - the stats would look quite sad.

A non dairy farmer told me they were sick of having 5 auditors for 5 different meat companies they supplied coming up their driveway. Not all of them had the same requirements. I understand that a while ago the various companies sat down and had a talk fest about one audit for all. It isn't happening now because they compete against each other on the offshore markets and each wants to have a marketing advantage. (Others here may be able to correct that, if it has changed since my conversation with my mate) No different to the dairy industry before the formation of Fonterra really.