Allan Barber surveys the practical Brexit risk for our meat trade and finds it is too soon to panic; we must keep talking to trading partners, hold our breath and wait

Allan Barber surveys the practical Brexit risk for our meat trade and finds it is too soon to panic; we must keep talking to trading partners, hold our breath and wait 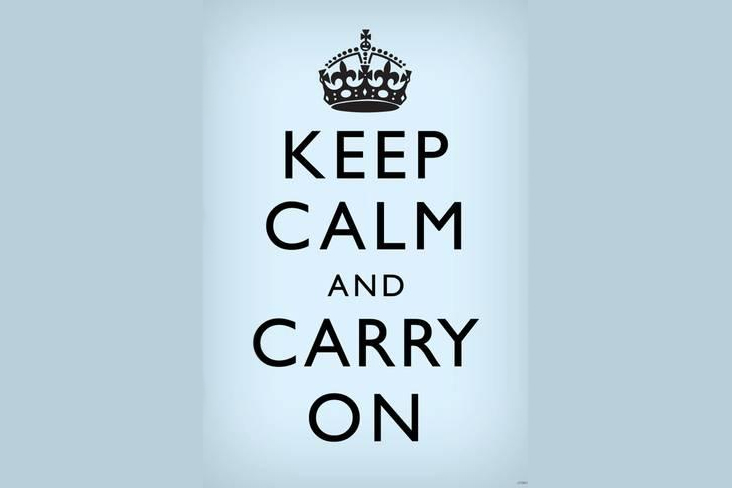 In spite of the fast approaching deadline of 29th March, when the UK is due to leave the EU, not to mention the latest shipment date able to meet that deadline, there may be no need to get too concerned.

There is a huge amount of media-inspired speculation about the potentially dire consequences of Prime Minister May’s inability to achieve an improvement of the exit terms leading to a No Deal Brexit, but word from Britain suggests this is highly unlikely. After all, both the EU and the British Parliament have specifically ruled out leaving without a deal.

The most likely short term outcome will be an extension of current membership terms under Article 50 which would give time for legislation to be passed either in the improbable event May succeeds in obtaining a new deal acceptable to her own parliament or further negotiation is required to reach a final agreement.

Mark de Lautour, AFFCO’s Group Sales and Marketing Manager, says the attitude among major retailers is typically British. In his view no deal isn’t a viable option and his customers are convinced it will be all right in the end (and to quote Slumdog Millionaire ‘if it is not all right, it is not yet the end’). According to de Lautour, New Zealand is in danger of jumping at Brexit shadows and we would do well to breathe deeply and await developments which are likely to be slower and less dramatic than the worst expectations. That doesn’t mean the parties haven’t undertaken any contingency planning.

For example, the UK has already signalled the intention of recognising the equivalence of New Zealand’s veterinary agreement with the EU for six months after Brexit, as well as signing a mutual recognition agreement during Jacinda Ardern’s recent visit to the UK; British retail chains have been working on a frozen thaw back programme bringing frozen product back to chilled and labelling it as such, using mostly domestic product - although there would be a shortage of product availability and capacity, at least during the early part of the season, it would be sufficient to get by in event of a no deal Hard Brexit; NZ exporters are doing their own contingency planning by seeking alternative markets which could take excess product previously sent to Britain, as well as remaining in very close contact with their UK customers.

There is only so much risk avoidance possible. The last ship arriving in Britain before 29th March leaves New Zealand on 27th February, meaning lambs processed to a UK specification after mid February run the risk of port delays. However exporters have contracts for Easter and beyond which, if unable to be unloaded in Britain because of port congestion, may be onward shipped to a continental port. This product would then have to be sold at a discount in the EU, both by reason of unsuitable specifications and reduced shelf life.

Shane Kingston, GM Sales at Alliance Group, emphasised the importance of remaining flexible, being able to change plans at short notice. Remaining vigilant to developments in the countdown to 29th March will be of critical importance. He points to the potential trade distortion impact of the annual shipment of 65,000 tonnes of UK lamb carcases to Europe starting in mid May, which would have to be sold on the domestic market. Although this would not have an immediate effect on product from this side of the world, it may reduce demand in the UK, but conversely open up opportunities in the EU.

In case New Zealand is too concerned about the impact of a Hard Brexit, have some sympathy for the Irish. The Republic of Ireland exports 90% of its beef, half of which is sold to the UK. They have no time to find alternative markets and would require massive intervention buying from the EU to compensate. The Irish border question is the main stumbling block in the efforts to negotiate a suitable outcome, because the EU wants to retain the backstop arrangement where Northern Ireland would still be part of the EU for customs purposes until Britain finally exits. The alternative of a physical border is politically and physically impractical, both because it would hark back to the troubles and many products cross the border several times during the assembly and production process. The British parliament will accept neither outcome.

In answer to my question about UK retailers’ commitment to their New Zealand suppliers of lamb, both de Lautour and Kingston are adamant the retailers are totally committed to meeting their contractual obligations. There is no great sense of impending disaster on the part of their respective customers, more a realistic assessment of the need to be cautious and flexible on both sides.

Concerning quota, MIA’s Tim Ritchie says New Zealand wants market stability and preservation of what was negotiated, not a straight split of our quota between UK and Europe. Of present export volumes of ca. 150,000 tonnes or just below 66% of the quota, one third is chilled and half of this goes to the UK, so there is ample headroom while this is sorted. It is important for the future of trade with both UK and EU to retain flexibility within the total quota tonnage.

It’s too soon to panic, we must keep talking to trading partners, hold our breath and wait..