It has been a big week for the dairy industry, Fonterra especially. Guy Trafford surveys the signals coming from management and what they might mean for the future

Rural News
It has been a big week for the dairy industry, Fonterra especially. Guy Trafford surveys the signals coming from management and what they might mean for the future 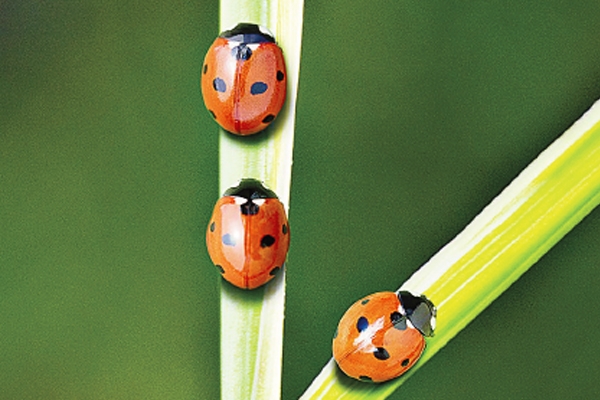 The information coming out from Fonterra senior management is predictable given the straits they have got themselves into.

And, given the demise of the Westland Co-op it is even more important that Fonterra survives and provides a benchmark for producers to gauge their processors performance.

So, a back to basics approach and ring the wagons is understandable, however, the press release by Chairman Monaghan did bring back memories of the 1980’s when New Zealand started off its fire sales to balance the books. Is it naïve to expect farmers to gain a premium for “sustainability and provenance” when their product is increasingly going to be buried under a 3rd party brand.

The auction system be it wool or the GDT is useful for disclosing a market price, but they do not necessarily do anything to help lift price, many would argue the reverse is true.

Fortunately, at the moment the GDT is continuing to move in the right direction with another lift. Over all products prices went up +1.9% and WMP +4%. So short term the concentration on meeting the commodities price seems to be a winner. However, I can’t help but feel this approach will leave Fonterra languishing in the dust as the other International companies continue to grow probably with the help of New Zealand raw products.

Harking back to the 80’s selling Inlaca for a $126 million loss if ever a company was going to be sold below its true value it would have to be selling now in Venezuela. History may prove it was the prudent thing to do but with the loss incurred does make one wonder at what the risk of holding on given that the market must at or close to the bottom of the cycle. Initially through the NZDB Fonterra has held a ’relationship’ with Inlaca since 1999 so it is a different fish to the Beingmate investment. Sold for a mere $16 mln provides the new owner with considerable potential upsides given that prior to the political unrest being experienced Inlaca had an annual revenue of around US$125 million. If concentrating on “core” business means giving away Fonterra’s international investment I have concerns at the sell at all costs strategy because to buy back into established markets is going to take considerably more than $16 m. As Keith Woodford has pointed out, the $80 mln half year profit does not include the $126 mln write down and the $16 mln is not going to make any sizeable inroads.

So, if this is the trend for future sales then shareholders shouldn’t be holding their breath for a major second half turn-around.

It seems Fonterra is developing a habit of compounding its mistakes with the fire sale approach being taken.

Tip Top which is next off the block, as far as we know, has apparently been suffering from underinvestment over the years and so it is unlikely any premium is going to be achieved there, especially as when ice cream prices at supermarkets are perused Tip Top sits near the bottom of the range with only the ‘house’  and budget brands lower. Let’s hope that Fonterra does not go the way of Polaroid, once a world leader in innovation because of its lack of ability to evolve it is now relegated to the shelves of memorabilia.

“So, they (Fonterra) are abandoning any pretence of taking signals from customers/consumer, going back to the idea that people will want what they make. "Provenance", "heritage". This is very old-school. Customers-last strategy. Hard to see it working out for them.”

Synlait have released their half year 2019 result with Net Profit after tax down nearly -10% from the same time last year and now sitting at $37 mln ($41 mln HY-2018). The reduced margin is stated to be due to a result of the new pricing agreement entered into with The a2 Milk Company™ last July. Still at nearly 50% of the Fonterra return and with a value approaching $2 bln compared to Fonterra’s $13 bln or thereabouts,  the result is largely due to the added value component and it is a stark difference.

Very poor corporate governance and a set of stunningly poor decisions, its cheaper to not crystalise a loss than crystalise one wouldn't you agree? I predict a government bailout.

I have no connection to farming,let alone Fonterra and perhaps my view is too harsh. My view is that while it is all too clear that senior management made many bad,seriously bad,decisions and have been grossly overpaid,the owners must accept a significant share of the blame for this ongoing fiasco. This is a co-operative,something the owners took and seemingly still take,great pride in. They fiercely resisted any attempt to change Fonterra's status,something which I believe happened successfully in Ireland.
dairy farmers run substantial businesses,but just how many of them are good business people,as opposed to being good farmers?. I can only look at their business model and shake my head in wonder.They are primarily pricetakers and the return on capital has been woeful.
s a long-term stockmarket investor,Iwould never have looked at a dairy farm as an investment,though clearly for those who sold out a few years ago,the eventual returns were very good. That seems unlikely to be repeated.

Ireland is successful? Glanbia, which also reported its 2018 results last week, hived off its Irish dairy-processing business to the farmer-owned Glanbia Co-op in 2017. The new company, Glanbia Ireland is 60pc owned by Glanbia Co-op with Glanbia PLC owning the remaining 40pc.
While a spin-off of consumer foods would undoubtedly play well with Kerry Group shareholders it might struggle to find favour with Kerry Co-op shareholders. The Kerry Co-op board has discussed whether or not to exercise the option before it expires. The co-op board has also consulted with its members on the topic. However, only 307 of the 1,507 co-op shareholders who responded to the survey were in favour of exercising the option. https://www.independent.ie/business/farming/agri-business/kerry-refuses…

Linklater01 hits the nail on the head. There's an old adage. "Farmers buy retail, sell wholesale and pay the cartage both ways".
Guy Trafford wrote an interesting article about farm business management in light of a CGT - universities taught 2 streams to farm business management. 1) the production business, 2) the capital gain on land value. This is much the same as applied to many rental housing investment businesses.
The co-op consolidates farmer power in the market. Whether the current auction system is the best means of realising that is dubious as it only establishes the highest price the under bidder is willing to pay - why not try the Dutch Auction system?
The other critical element to recognise is that livestock farming translates sunlight, nutrient from the soil and water into food, fibre, and hides. Farmers manage a natural biological process. Given that NZ produces close to the same volume of sheep meat now with 30 something million sheep compared to when sheep numbers were above 70 million, surely that is an indication of business management excellence. But the risk profile for those businesses is vastly different from retail or manufacturing businesses - climate being only one of those risks. In the majority of cases, the business is also the family home which adds a different dimension into business management and risk appetite.
LinkedIn01, you will have taken losses on some of your investments and learnt from that. Arguably farmer shareholders of Fonterra are doing the same thing having worn the cost of past well intentioned speculative investment - aren't most investments speculative, a gamble? Isn't that why risk premiums are applied?
Public company ownership of farms in NZ have never been a money spinner other than in capital gain. The exception to this may be in single desk seller farmer coops like kiwifruit - I remember that industry being technically bankrupt in the I990s, before the formation of the kiwifruit marketing authority that became legislated as Zespri in the late 90s - the same time government repealed the single desk legislation for apples and pears. The public ownership structure does not have the resilience to weather the risk vagaries of the farming business because the only skin investors have in the game is dollars that are mobile and no matter what mother nature throws at the business, always expect a good return on that money invested. Return not there? Take the loss and pick a new winner. Farmers do not have that discretionary luxury. They are in it for the long haul for themselves, their family and, for many, the next generation.
Interesting to note that the crash in dairy product prices of 5 or do years ago has seen the industry turn away from the high level of expensive, external sourced feed inputs to predominantly pasture based production systems with milk volumes returned to levels similar to that period of (overly?) Intensive feeding that chased margin when milk values were high. Isn't that another indicator of business success?
If you are not a dairy farmer, then be cognisant that you have no skin in the game and ponder on the notion that when you make investment decisions you are not putting your livelihood, home and family security on the line. Fonterra, however imperfectly, mitigates that risk for the farmer owners and it sets the benchmark for assessing performance of non-farmer-coop dairy companies.