Keith Woodford explains how the Westland dairy co-operative created its own demise, with sale to Chinese company Yili now the best and only realistic strategy

Keith Woodford explains how the Westland dairy co-operative created its own demise, with sale to Chinese company Yili now the best and only realistic strategy 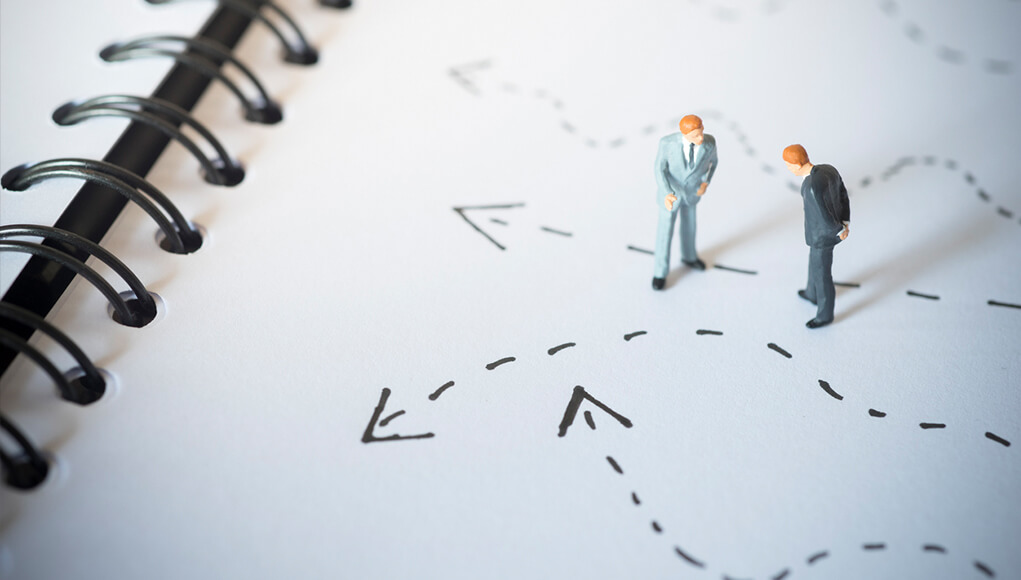 The approaching demise of Westland Co-operative Dairy (trading as Westland Milk Products) has come as a surprise to many people.  It should not have done so.  At the very least, either a partial sale or major joint venture has been inevitable for some years. Survival as a co-operative is now impossible.

Most of the people I talk to think the sale to Chinese company Yili is a very bad idea. West Coasters do not like it. Even Minister of Agriculture Damien O’Connor is of that opinion. And if a sale really is necessary, then the common perspective seems to be that it should be a local company.

In response, I say ‘dream on’.

The die was cast many years ago.

There is no local company with the strength to take over Westland’s debt and operations. That includes Fonterra which is itself in asset divestment phase.

The root of that problem has been steadily developing over the last 17 years.  Once Westland got on the slippery path it could not find its way back to firm ground.

As the proverb says, success has many parents but failure is an orphan. So, no-one is going to put up their hand and say ‘mea culpa’.

However, all of the Westland directors for the last 17 years should be asking themselves ‘where did we go wrong?’. Where did it all start and when were the last opportunities to get back onto firm ground?

Arguably, the answers to these questions are no longer relevant to the future of Westland itself. It’s too late to make any difference. But they are relevant to the directors of every other New Zealand co-operative business. There are lessons to be learned.

I have always been a strong believer in the role of co-operatives within agribusiness. For quite some years I taught a course at Lincoln University on co-operatives.

Co-operatives can help farmers maximise the selling price for their products and also minimise the cost of specific inputs. They change the power balance between farmers and those who are further along the value chain towards the market.

However, co-operatives can only be long-term successful if they show financial discipline. That means making sure there is always enough money left in the kitty for capital expenditure. It also means keeping a rein on managers who are driven by growth at the expense of company stability, and not being fooled by a company’s own PR.

The Westland dairy co-operative began its modern-day life in 2001. That was when the New Zealand Dairy Board was disestablished and Westland chose to go it alone from Fonterra. Westland was paid $84 million for its share of the Dairy Board and it thereby started its modern life with minimal debt.

I say ‘modern life’ because the Westland dairy co-operative actually goes back to 1937. However, prior to 2001 it did not market its own products. The Dairy Board did that for them.

The first big mistake of the modern Westland co-operative was that they stayed with a traditional capital structure of cheap shares with no capital gain. The mantra was ‘cheap-in and cheap-out’.

However, Westland always had ambitions to grow its business. Way back in 2001 I led a team from Lincoln University that was tasked by the co-operative with assessing the scope for increased milk production on the Coast.

We analysed the soil maps and overlaid existing farm land use with GIS mapping. We had some debate about the suitability of some soils, but the overarching message was clear. There was indeed great scope for expansion.

Westland did not ask us to address the issue of funding the necessary increase in processing capacity. Westland could themselves see that they had plenty of borrowing capacity. However, Westland got carried away with reliance on debt. It became a slippery path.

Westland’s cheap-in and cheap-out policy meant that farmers supplying new milk had to make a one-off capital contribution of only $1.50 for each additional kg of annual Millksolids production. That was crazy. And there lay the seeds of Westland’s eventual demise.

Although the seeds were sown back in 2001, the sprouting shoots of trouble were not evident until about 2009. Even then, there was time to change the policy and require new production to be equity funded at say $4 or thereabouts. But it did not happen.

This capital policy was highly beneficial for some major corporates, including Landcorp. It meant there was a wealth transfer from existing family farms on the Coast to these expanding businesses.

I remain puzzled as to why Westland’s external directors did not argue for increased capital contributions.  Perhaps they did, but if so, they did not argue hard enough.

Westland could still have survived with its low capital contributions, but only if everything went well. The capital structure left no resilience to withstand misfortune.  Lack of retained earnings made the situation worse.

One such misfortune occurred during the global financial crisis. Westland’s currency-hedging skills were inadequate. To its cost, it became an accidental speculator. That was a management mistake, but perhaps the external directors, with their financial background, should once again have been looking more closely.

Westland also lost a huge opportunity in 2009, when, following the tragic death of CEO Scott Eglinton, the new CEO reversed the policy of moving to A2.

To place the A2 issue in perspective, in this current year, The a2 Milk Company should make a net profit well in excess of $300 million, all from about 20 million kg A2 Milksolids produced by Synlait farmers. If Westland had continued with its A2 policy, then it could by now have been producing more than 50 million kg A2 Milksolids per annum under its own banner. The economics of West Coast life would have been very different.  I tried in 2009 without success to convince the new CEO to stick with the A2 policy.

Westland’s most recent problems stem from expansion into Canterbury, the associated debt, some cost over-runs, and poor performance of value-add investments. Those value-add outcomes illustrate that value-add is harder than it might seem.

Without the Canterbury expansion, Westland could probably have survived.

To those who now want to criticise the proposed sale to Yili, I say ‘think again’, and do that thinking in the real world.

Yili has been investing heavily in its Oceania (Waimate) operations and is financially strong. It has given ten year guarantees to match the Fonterra price.  It has the supply chains in place through to Chinese consumers.

There is no local company that can match the Yili offer.

Yes, we can continue to regret Westland’s spilt milk of the last 17 years, but it is also time to move on. Westland’s farmers now need to focus on reducing their own farm debts to sustainable levels. These next ten years will indeed go quickly.

*Keith Woodford was Professor of Farm Management and Agribusiness at Lincoln University for 15 years through to 2015. He is now Principal Consultant at AgriFood Systems Ltd. His articles are archived at http://keithwoodford.wordpress.com. You can contact him directly here.

Another sad tale from the provinces of inadequate leadership costing the region of Westland (in this case) control over it's own future. Come on NZ Inc get your act together.

Why should Westland farmers get the same price as Fonterra. There are extra costs for the company being there. While that means less income for farmers, accordingly their cost in buying a farm should also be much less.

KH,
Yili will have provided this guarantee as a key part of their proposal to get it over the line with Westland farmers. They will have good data on supply chain costs from their existing Oceania operation (where they also give price guarantees relative to Fonterra). They will have figured out that they can run a profitable operation by feeding the Westland products into their Chinese value-add operations. It gives them the combination of cost-efficient production (cheaper than in China) combined with strong brands.
KeithW

A flatter milk curve is worth more than a peaky one.

Value add is good, though some value add markets act in the style of commodity markets.

Keith. My point was not about Yili. Rather. Given different reaities in different areas - why asame price nationwide? It's misleading signals.

It's not so much same-price-different-areas IMHO. It's that, like Fonterra, WCDC used debt to finance investments that now, with 20/20 hindsight, look dubious. And because getting debt was procedurally easier than getting additional capital from its farmer base, it left WCDC relatively bereft of options as time wore on:

I'm a long time believer in co-ops, but perhaps a bit pragmatic about this. WCDC tried hard, made mistakes, lasted 17 years as a stand alone. At this point its a bit sad to sell up but the deal to me looks pretty good and still values the company pretty highly. I'm old enough to remember small co-ops getting smashed by bigger ones and ending up having to pay from the top of their payout for years, while the big co-op walked of with their plant, sometimes new, with a bloody great smirk. Nothing lasts for ever, could have been done better, but....

How different this would read, even perhaps to Mr Woodford himself, if he had in place of "Yili" written "Chinese Communist Government" because, in truth, that is who will now have control of yet another important part of our industry.
This is plain, straight out madness.

And they are doing it with printed money too.

Why don't we here in NZ print a snot load of money and go around the world buying up assets? I'm serious.

And I seriously agree with you. Would definitely be an interesting exercise and might actually wake some people up to what is going on, as we would get the bum's rush in nothing flat, as it would be rightly regarded as worthless.

Davo36,
We could indeed print a load of money. That is what Mr Mugabe did. Funnily enough, it didn't seem to work very well over there. Nor did it work in in the Weimar Repubic following World War 1. As for 'going around the world buying up assets', you need American dollars to do that. Neither NZ nor China has the power to create those dollars. They have to be earned.
KeithW
Keith W

Hi Keith, Interested in your comments on cooperatives. Have you ever look closely at Farmlands? What comments would you make on them?

Midnight Singer,
I have never studied Farmlands in detail. but from what I can see they appear to have been very successful and have served their members very well.
Keith W