China's drive to escape the middle-income trap is a work-in-progress, one that comes as it navigates the trade challenges from the US - and one that may benefit New Zealand

Rural News
China's drive to escape the middle-income trap is a work-in-progress, one that comes as it navigates the trade challenges from the US - and one that may benefit New Zealand 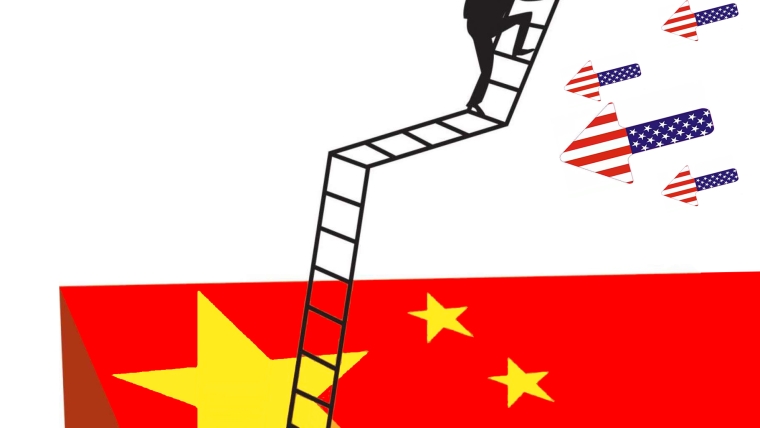 I was reading an article recently regarding whether or not China is able to dodge the “middle income trap.” It got me thinking it is a situation that is potentially going to have a major influence on New Zealand’s future.

The “middle income trap” is a term first used in 2007. It describes a situation largely concerning developing countries, which starting from a low economic base, have made (relatively) rapid gains in GDP to have a growing middle-class demographic. It is measured by dividing the GDP by the population to get a per capita income based upon GDP.

Most of these emerging economies have made their gains due to the low labour costs and more relaxed regulatory environment allowing them to produce goods with a competitive advantage and sell them to more developed economies.

The problem lies in the fact in their success becomes their Achilles heel, and with rising labour costs, stricter environmental laws etc. etc., they lose their competitive advantage to less developed nations and begin to stagnate.

Back in the late 1980’s all three of these countries were sitting quite close together with GNI of about US$200. Since 1978 when China really began its period of rapid development it has averaged 10% plus per year. However, it is now reduced to around 6% and slipping. Some of this can be put down to the Trump effect, rightly or wrongly and this cannot be dismissed as it may have a lasting effect depending when and how it is resolved.

But there are other more structural issues within China which are not helping their situation. The obvious one is their aging population China has 18% of its population over the age of 60; India for a comparison is around 8.65%.  (New Zealand is around 19% with our baby boomer bump working through but we have different issues to developing countries). The lower number of youth in China, which is recognised by its government, can lead to lower productivity and perhaps more importantly lower consumption within the internal economy.

Another trend which is going in the wrong direction is (strangely) education. In the year 2,000 27.5% of the Chinese population had completed secondary school whereas by 2010 that had dropped to 22.9% (latest numbers found, sorry). Probably one thing it has in its favour is ironically its one-party system which allows it to set a path and not be deviated off it by the democratic system. The “Belt and Road” strategy is an example of this.

Also, a country as large as China with its large internal economy provides it with a ready market for its products, an aspect that New Zealand lacks. China is also a large physical country with many of its own resources making it less exposed to being tied to other countries. The one exception is food, at least food meeting what their rising middle-class desire. These ‘advantages’ may allow China to dodge the “middle income trap” and we can see with increasing numbers of Chinese made cars and cell phones they have moved into a higher value economy. Think back to Japan with “Jap Crap” cars of the 60’s and now they set the standard of motoring reliability; and South Korea have a similar story.

So, this is where the trade dispute with the US has come at an unfortunate time for China, just when they are looking to kick on to a new stage, they have had their largest market greatly reduced leaving them looking exposed. The Huawei 5G situation is another pothole along the road to be negotiated also.

In the short term New Zealand may gain from the situation replacing some of the US protein sources into China. But if the situation continues too long China will look to ways to produce more of their own food and tailor consumption to suit.

Below is a graphic showing countries which are (still) stuck in the trap and those which have gone passed it. Both Japan and Korea  received favourable treatment post the respective wars to help get them back on their feet and China has also (up until very recently) had “favoured nation status” with the US with is why they had low or no tariffs into the US. The rights and wrongs of the current dispute are muddled although China, to most, have the higher diplomatic ground but the sooner they can get it sorted the more secure everyone will feel especially those in the US and China.

The trade complications don’t stop with China and the US. The UK problems over Brexit made a relevant headline again regarding agricultural trade with the British Housing Minister and yet another potential candidate for the PM’s role saying that if  the EU refuses to delay Brexit further then the 80,000 tonnes of lamb exported to Europe could end up on school and hospital menus. No doubt this is posturing and in the context of lamb it is perhaps surprising that New Zealand didn’t get mentioned. However, with October 31st the EU deadline for the UK withdrawing deal or no deal the Brexit discussion is going to start attracting closer attention, again.

Closer to home the Reserve Bank Governor has turned his attention to insurance companies and is considering getting them, as he has with the banks, to have greater financial reserves in store - presumably to avoid another AMI debacle as occurred with the Christchurch earthquakes where the government had to take over their accounts. Already insurance companies are ratcheting up premiums with the perceptions of added risks with climate change and our earthquake record. Having to maintain higher reserves will add more to cost, although, as with the banks, reduce some risk.

China is too late, and India isn't going to get to the start-line.

That Rabobank comparison is essentially 'which Titanic passengers are dry'?
As a snapshot, fine. As a prognosis weapon, useless. Surely we can move on?

The reason banks need ever-more 'reserves' to loans and the reason insurance is retreating, is that unsustainability is ultimately unbackable and uninsurable.

Any damage of the Zero Carbon Bill to NZ's economy will be a lot higher than the consequences of the trade and tech war between the US and China.

Any damage of the incompetency of the current government and the opposition will be a lot higher than the consequences of the trade and tech war between the US and China.

[Racist rant removed. It may be casual racism, but it is still racism. Do that again and your access will be blocked. Final warning. Ed ]