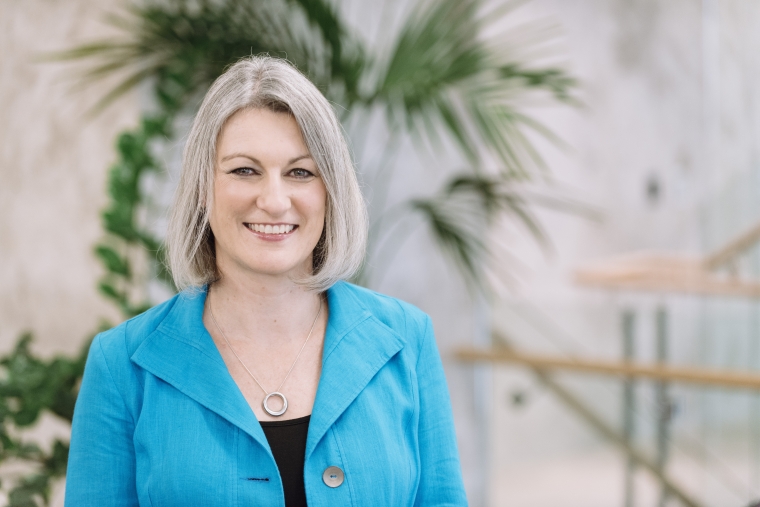 Watson will also be a director.

She has been acting CEO since late May when David Hisco departed after almost nine years. Prior to that Watson was ANZ NZ's managing director for retail and business banking, chief financial officer from 2012 to 2017, and the bank's financial controller from 2009 to 2012. In October Watson told interest.co.nz she had applied for the CEO job on a permanent basis.

As ANZ NZ CEO Watson will be on parent the ANZ Banking Group‘s executive committee, also having responsibilities for the Pacific.

"Having grown up in Auckland, she graduated from Otago University with a Bachelor of Commerce degree with honours, and later became a qualified accountant. She has previously worked for KPMG in New Zealand and Morgan Stanley in London, Sydney and Budapest. ANZ NZ will shortly commence a process to recruit a new managing director retail and business banking. In the meantime Ben Kelleher will continue as acting managing director retail and business banking," ANZ NZ says.

Watson is the first New Zealand woman to lead ANZ NZ. Jenny Fagg, an Australian, was CEO immediately before Hisco.

In a statement ANZ NZ chairman John Key, who endorsed Watson as Hisco's successor at a June press conference, says Watson was the outstanding applicant for the role.

“Antonia is a warm, empathetic and inclusive leader who is also methodical in her thinking and forensic in her analysis. Most importantly she is authentic – what you see is her and she’ll be upfront and honest with you," says Key.

He says the ANZ NZ board is confident Watson has the skills to help ANZ NZ navigate a new environment featuring increased regulatory capital requirements, more regulation and regulatory oversight, higher customer and public expectations of financial institutions and increasing competition from new entrants to the industry.

An ANZ NZ spokeswoman wouldn't provide any further information including on the term of Watson's appointment or details of her remuneration package.

ANZ NZ says it has received a non-objection from the Reserve Bank of New Zealand for Watson's appointment.

“Antonia is a warm, empathetic and inclusive leader who is also methodical in her thinking and forensic in her analysis. Most importantly she is authentic – what you see is her and she’ll be upfront and honest with you," says Key.

LOL - just the right qualities to extract ~14 % after tax returns on equity from fellow Kiwis? Will the RBNZ notice how inflation permeates all facets of life other than what Stats NZ counts in the CPI?

With all the integrity under the sun....Yeah right

If John Key vouches for a person's authenticity I'm not sure what more we could ask for!

Will she be requiring a 4 mill free house grant courtesy of the shareholders (and an understanding valuer) similar to what she gave Hisco?

Typical corporate scenario...Might this not be tax evasion if done by non-corporate plebeians?

Yes. And there'll be the offshore, locally denominated credit card; that magical gets paid each month and the offshore bank account that gets funded with gross bonus payments "It's up to you to look after the local tax burden"... etc.etc.etc.

$4M of customer mortgage extortion fees, essentially a wealth transfer from you to them. The more acceptable the face the better as they go about their business.

"warm, empathetic and inclusive" has a better ring to it than "calculating and ruthless".

Antonia is big into the "empathy image". Always been quite ambitious, but have the feeling she was one of the only contenders to throw her hat into the ring.

It was a bit like the All Black coach position selection.
I would suppose only two others were considered. They were Theo and Dame Jenny. JK could have worked with any of the trio apparently....