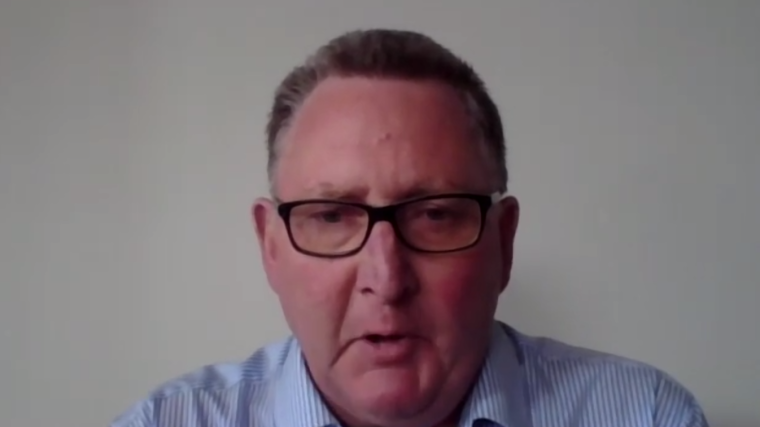 Reserve Bank Governor Adrian Orr says the decision early this month to halt banks paying dividends for the foreseeable future was about ensuring that the $5 billion of Government money being pumped into the Business Finance Guarantee Scheme did end up with New Zealand businesses.

He was asked to explain the thinking behind the decision during a wide ranging online question and answer session with the Trans-Tasman Business Circle on Tuesday.

“The thinking behind it was simple. The Government is pumping in $5 billion out of the $6.5 billion Business Finance Guarantee Scheme. We wanted to make sure that if we are pouring petrol into the tank it stays in the tank and it goes to the places that we wanted it to go to - which is to New Zealand businesses.

"So, it’s a very different picture once you are investing other people’s money not just your own depositors/shareholders,” Orr said.

“This was purely about saying: ‘If we are putting our dough in we want to be able to make sure it stays where it is'.”

In terms of what he was hoping to see in corporate New Zealand, Orr said he was "hoping to see cashflow and confidence maintained”.

He said the banks needed to think long term with the corporates. He said the RBNZ, along with Government and Treasury had assisted the banks significantly.

“They’ve now got the ball in their court.

“...That is where banks really have to be sharp on pricing, quick to market, make those decisions, because normal business - normal behaviour - can’t continue during these periods. They were well positioned going in - highly capitalised - they [the banks] need to be sharing the risk.”

Orr described the current events around the Covid-19 crisis as a "completely surreal experience”.

And he said there were a lot of lessons coming through from the experience.

“I would say the number one lesson is that economic prosperity, environmental sustainability, social cohesion, cultural inclusion are all a supportive virtuous circle. It is not one versus the other. And with a health shock like this you are seeing societal issues, cultural issues, community issues, really coming to the fore and showing that an economy can’t exist on its own. Economic growth is not separate to or instead of that full societal system.

“And so I think people are really being tested on that short-term gratification that we search for every day versus long term benefits. And businesses at the moment are really struggling hard to think through ‘how do we bridge this gap for the right health and societal reasons and be in a position to be economically robust in three months, six months, two years’ time."

He spoke of the similarities in position between NZ and Australia.

“We are going to be joined at the hip. The single biggest hope I have over the near term is that New Zealand, Australia and our South Pacific neighbours can form our own regional bubble for all of the activity that we have to do.”

Orr said the Government and RBNZ and the likes of the local councils and financial regulators had been working well together but with the business sector "it’s always been an us and them situation”.

“I have to say, it’s just not going to be that for the next two or three years.”

He said the biggest thing that could derail social cohesion and business would be unemployment.

“I can see Government being an equity owner in a lot of businesses under a few scenarios and they don’t want to be a long term owner of those businesses.”

In terms of how businesses operated, Orr advised them not to be overleveraged and not just with one debt provider or using debt debt only.

“We’ve been so highly leveraged and highly dependent on bank debt alone. That is the financial vulnerability of New Zealand.”

There was now, Orr said an opportunity to "spread the base".

Asked about the potential for something NZ Super Fund and ACC investment in projects such as Government infrastructure development, Orr, the former head of the Super Funds said he would "love to see it".

“Getting some of these [projects] up and going would be fantastic. Not many democracies have achieved it for all sorts of individual reasons. But it is critical.

"The world has an enormous amount of liquidity. It has a massive infrastructure deficit. It’s only us who get in the way. Us people."

Why is RBNZ governor not fronting for LVR debacle but tasked his deputy to deal with it.

Because that is Bascand's role, head of financial stability & macro pru

Yes I thought the dividend stop, and the 20% housing loan deposits were two factors that were good for NZ banks. It is now VERY fortunate we have had 20 % housing deposits for the last few years.

Orr's team read this interest.co.nz carefully, so just make sense to be showing face of to be prudent: told him via this website, exactly all: reduce OCR by 75, cancel bank deposit, more borrowing from US, cancel DTI idea, cancel LVR FHB, defer/reduce CAR, this May reduce OCR further by 10-15 or push the Banks into 0 by putting it into -10 or -15 : Sounds odd? not really this is what we called shock & awe..some moves. No dividends? just like shares.. tough, like Covid19 lock down? we're all in this F.I.RE economy NZ let's do it together, we're often the first to show the world of things should be done - Our arse..nal economic moves, think tank - is what world awaiting to see right now. Stop whingeing - click buy now those properties.

RBNZ should also take a serious look into the usurious practice of the Banks in charging interest on credit cards. If the balance at the end of the statement period is not paid, the interest is charged on further future purchases, which is an atrocious charge, totally unjustifiable. Why do they allow the card to be used like that and charge the card holder ? Shane Jones, have a look at this please.

My opinion, people who can't take advantage of the interest free first month, and then pay the bill off in full after that month, shouldn't be allowed to have them - they need serious help if they're trying to fund their life styles via credit cards

But Banks don't like that and call them freeloaders. They like customers who don't pay in full. If Banks are into responsible lending, after a few months, they would cancel the cards of such customers. But they don't. It is an ongoing scam.

Not really Smokey, whilst the cardholder might be "freeloading" the bank makes a fee off the merchant for every transaction you make, so that's one source of income they get off all their intelligent customers - the dummies that fund off a credit card are a bonus for them, be it probably a good percentage of their income because there's quite a few of them out there

Come on Smokey. Banks are just like any other business. There to make aprofit. Not to provide a welfare system

I like Orr. And he’s right. Here’s a suggestion. Impose an implied income tax on every job outsourced overseas, which companies doing so should foot. Tough times ahead, we need every job possible to stay in the country. Very wary of overseas call centres. I was rorted by a major computer company’s Mumbai help desk a few years back, tricked into paying $80 for a so-called recovery disk which never came, even though the machine was under warranty. The problem was that there was no physical office in this country, so I had no choice. Then only last month, a mortgage refinancing we thought was signed and sealed turned out not to be. Took hours on the phone to somewhere in the world to get a reply, that person couldn’t help and we had to resort to threats re deposits, salary direct credit etc to get to someone who could help. Dead loss and an absolute disgrace. Yes, a big 4 bank.

Reading that gives me some assurance Mr Orr is well suited to the job.

The Alienation of the business community is biting the government on the butt now.