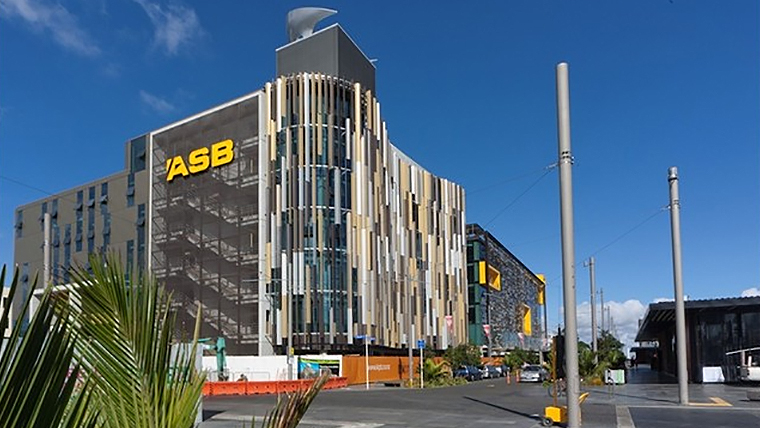 ASB has outed itself as the bank that tapped the Reserve Bank's Funding for Lending Programme (FLP) for $500 million on March 12. It's the fourth bank to access FLP money since the programme's December launch.

"ASB has drawn down $500 million from the Reserve Bank’s Funding for Lending Programme," an ASB spokesperson told interest.co.nz.

"In February the bank made a commitment to use the FLP funds available to it for productive lending, including large scale infrastructure projects that support regional growth and positive climate outcomes. ASB is actively working on a pipeline of eligible lending."

In December the Reserve Bank made the Funding for Lending Programme, or FLP, available to banks. Through FLP banks have access to up to $28 billion of three-year funding priced at the 0.25% Official Cash Rate over a two-year period. Banks can borrow the equivalent of up to 6% of their total outstanding loans. That means big banks such as ANZ, ASB, BNZ and Westpac can potentially borrow billions through the FLP at 0.25%.

The FLP is designed to provide additional stimulus in response to the COVID-19 pandemic, with the aim of reducing banks’ funding costs - including the deposit rates they pay savers - and lowering the interest rates banks charge their borrowing customers. This, the Reserve Bank hopes, will encourage banks to continue lending in an uncertain world, thus stimulating economic activity. Banks largely have carte blanche to do what they like with the FLP money.

CEO Vittoria Shortt told interest.co.nz in February that ASB wants to use the FLP funding "in a purposeful way." This. Shortt said, will initially include loans for businesses trying to lower emissions, loans for the construction of new energy efficient homes, and to support infrastructure, particularly in the regions.

Banks have now drawn down a total of $1.64 billion from the FLP. This includes $40 million for The Co-operative Bank to fund loans for first home buyers, $100 million for Kiwibank, and $1 billion for an unnamed bank that interest.co.nz believes to be Westpac.

To lend in ‘a purposeful way’. An old fashioned approach to lending that will severely hurt the feelings of property investors. Stinger.

Banks just use money to push up land values. Rarely gets used for anything "useful". Why do we even have private banks these days. The reserve bank could lend straight to the public now that we have modern computers. Would be pretty easy to manage the money supply that way too. In fact it would be better if the money supply and inflation were simply managed through public spending and tax.

I guess banks employ people, ie jobs. Same as complaints about all the red tape and hoops to jump through, the bottom line is, it’s about job creation. They could streamline the sh!t out of everything, but there’ll be no jobs left.

Surely RBNZ directly lending to the public instead of these building society masked as commercial banks should create productive jobs in the real economy.
I would argue that under the current system, all the lending for asset swaps is destroying more could-be high-paying jobs by jacking up living costs in NZ and through misallocation of capital in the tens of billions each year.

Plus the lending margins on these loans would remain in circulation within our economy for better use.

That's the long term plan of the central banks. However they will only lend to mega corporations..

Because we are not communists with a ruling party controlling everything in our lives. The reserve bank is there to regulate and control certain aspects of the financial market, but the reserve bank does not (rightly so) directly interact with you.

Banks do not provide social services. They are not there to help you. They are not obligated to lend you anything, or provide you with any level of quality in your life. Banks are limited privately held entities. They are businesses that exist solely for the benefit of those who own stocks in the business. For shareholders, the fact that this business can make money getting you into a house is a nice co-existence.

But they exist ONLY to make money.

Hmmm! That's interesting. Does it mean the bank has been opening the sluice gates to UNproductive lending ? Not in purposeful way?

Wonder why no such appeal made in March 2020 when the housing market was forecast ( merely perceived risk) to go on a downslide!!!!

Good on Labour to have stood firm & not buckle to vested interests.

PR at its finest.

Banks largely have carte blanche to do what they like with the FLP money.

What money? Bank funding for on-balance sheet investment securities is replaced by cheaper RBNZ funding for the same securities pledged as collateral in a repurchase agreement.

The FLP term sheet explicitly states the RBNZ is engaging in a repurchase agreement with banks. Banks sell investment securities (NZGBs & RMBS etc) with a liability to repurchase them from the RBNZ in three years time at a cost determined by OCR, plus any haircut.

Effectively, the RBNZ is transforming, possibly expensive, short term bank debt into cheap, for now, term debt. Core funding (CFR) is defined as retail deposits plus wholesale funding with maturity of more than one year. And in the process manipulating the money market yield curve flatter for longer. Hardly a growth prognosis.

A review of this accounting diagram Exhibit 2 (secured borrowing) sets out the reality. Thereafter, banks engage in their normal lending procedures to grow their balance sheets by exchanging IOUs with preferred borrowers supposedly at a lower interest rate, which is extracted from depositors in lower returns when they are in receipt of bank IOUs, masquerading as savings, when assets and goods change hands.

Unfortunately, depositors are unsecured creditors, no recourse to collateral for them, in receipt of returns that do not reflect the risk taken. The government should know better and take steps to defend citizens from such exposure.

And they wonder why house prices ratcheted up so quickly with the banks no longer needing to pay even remotely decent term deposit rates. Thanks Mr Orr.

I hope it really is for productive investment in the real economy, and not for further inflating the housing Ponzi and for further feeding parasitic housing speculative "investment".

The money is to be lent for building houses and the infrastructure to support them, so they can lend more money on housing, maybe to all the immigrants that generate the need for housing.
A "win-win" situation for ASB, not so much for the taxpayer, depositor or the environment.

At the same time Vittoria Shortt gives you an insight to just how close to the edge their customers are living in this article:

"However, the latest data for February 2021 also shows nearly half of customers have less than $1000 in savings"

Hmmm....no idea that this research existed. It's presented in such a scrappy way by Granny Herald that it's difficult to digest but it seems that 50% of the 'population' has < than $1000 in cash savings and 83% has <$10,000 in cash savings. No wonder the govt has to pay people's salaries and wages. The data that suggests that 50% of the population has less than <$1,000 is reasonably consistent with what I've seen in Australia.

Does that mean a tiny minority qualifies for a bank mortgage, unless some potential applicants are already overweight residential property collateral owners?

Doesn't appear so Audaxes. Perhaps they classify 'cash savings' differently to say TDs. But it does raise a good question. Where are younger people being advised to squirrel away their savings?

Not population but ASB customers.

Not population but ASB customers.

500,000 ASB customers could easily be representative of general population.

Doesn't really mean much when its not uncommon for people to bank with more than one bank. Using their data I would fall into the <$1000 of "savings" but then they don't know that I have thousands of dollars in accounts with other banks.

Sure. Nevertheless, I would be surprised to see the competitor set being much different to ASB. Furthermore, more general research shows that approx 50% of Australians have <$10k in cash savings and approx 70% have <$30k in cash savings.

Shared with Credit union, building society.. then in positive recent carrots promise? release it to nationwide new housing developers.. NZ keep talking about the supply right? - so there you go.. FLP into 'housing supply'

It is critical we keep house prices, which are a cornerstone of our economy, rising I suppose. With the borders closed we just have to tighten our belts and make-do until normality returns and a surge of fresh new migrants act to support the broader markets. Then the price inflation can start a new upwards cycle.

Taking the central banks freshly printed funny money so they can give the middle digit to TD holders. Noice.
My take on those entities known as 'retail banks' (it should be 'Residential Property Speculation Money Providers') is that they don't deserve one iota of sympathy should the peoperty market go down in flames.

I would like to say that a good idea to slow the hosing market down would be for the banks to not let you have an interest only morgage on an investment property, but still allowing the interest on the loan to be tax deductible, so as you paid extra every month to pay the morgage off and the interest , the balance would come down, which would then put you as the investor more in profit, thus you paying more tax on your earnings, mostly reducing the dept alround with the banks and yourselves, the winners would be the gov and yourselves, at the moment with these two strong moves by the government I can see the ass falling out of the housing market,actually bring the country In to an early recession, house prices needed a correct but this is going to strangle the housing market and everyone will suffer, house sales dropping off dramatically, no new carpets , curtains , paint etc. builders with no new refurbs, strangled to slow death,, everthing revolves around the housing market, most people forget that the profit we make as investors , we pay tax on, ( my wife and I only have two investment property's , and subsidied with our own money for the first few years)