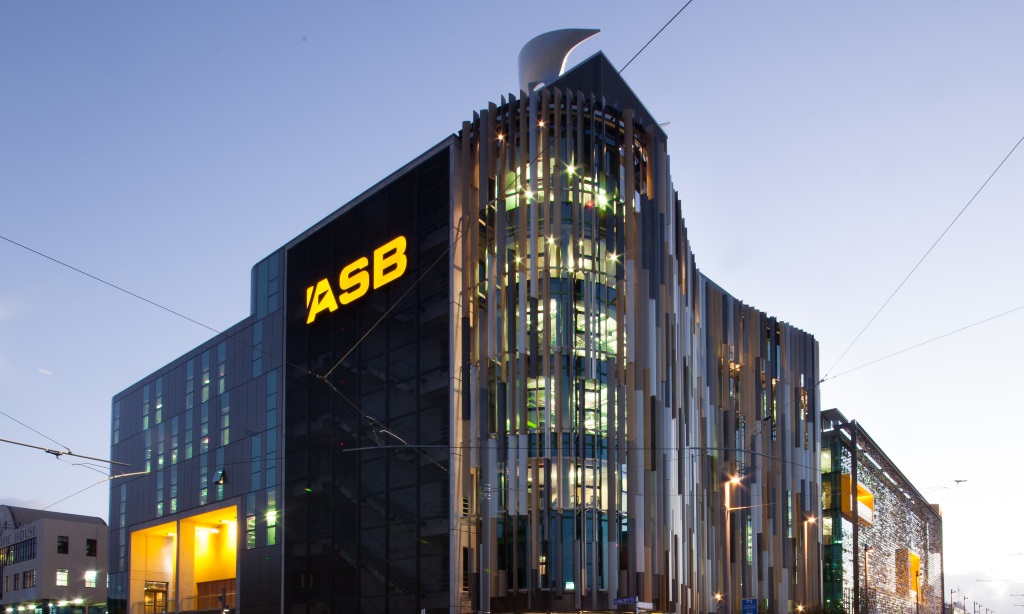 ASB's half-year profit surged 23% to a new record high as lending grew, income rose and the bank was able to write-back some loan impairments previously booked.

ASB paid $650 million worth of ordinary dividends versus none in the previous comparable period. The Reserve Bank currently restricts banks to paying out a maximum of 50% of their earnings in dividends.

ASB says its Common Equity Tier 1 capital ratio, expressed as a percentage of risk weighted assets, stood at 12.9% at December 31, up from 11.6% a year earlier. The current Reserve Bank mandated minimum is 7%.

CBA posted a 23% increase in interim cash net profit after tax to A$4.746 billion. CBA's paying an A$1.75 fully franked dividend per share, equivalent to a normalised 70% payout ratio. It also announced an A$2 billion on-market share buyback.

CBA's announcement is here, and CBA's presentation is here.

Why is this breaking news? Breaking news would be if it was not a record profit.

The RBNZs gifts from last year or two just keep on giving!

Banks tend to do better in a rising-rate environment actually, this is the happy time for shareholders.

As Covid recedes and economies rebound, Banks are bound to perform better and better.
Will Luxon ask for these Banks in NZ to be listed here ?

$762 MILLion profit in 6 months and it's just one of the 4 banks. What a steal is it from the people of NZ. What did they really contribute to take that much money in their own pockets?

And meanwhile there are kids with no food in so many houses in the regions.

Rot in our society.

Kiwis are entitled to purchase shares and receive dividends from the Australian banks.

You got the dividend I guess?

Of course, just like Kiwis are entitled to leverage equity gains into a "no money down" deposit for a rental property with interest only lending for 5 years, subsequently displacing many aspiring young first home buyers from a chance at affordable property ownership.

There are a lot of things people are "entitled to" if they're privileged enough to have the means.  Buying shares in a bank or any other company is great if you have the money, and it's great if a company can sell shares to raise capital to invest in expansion and growth, but I'm not entirely sure why big banks need to issue shares other than to line the pockets of those well off and keep the inequality train choo-chooing along.

Or you can switch to a NZ owned bank if you haven't already. Nobody is forcing you to be fleeced by the Aussie banks.

Your comment from start to finish is load of woe is me tripe dan. Investors are hardly "displacing aspiring young first home buyers". The so called "aspiring" can't afford the house. Simple as that. And they shouldn't make their problem anyone else's problem.

If you need to have a whinge about it, go talk to Grant Robertson, you know, that genius Minister of Finance who ignored the RBNZ's advice that printing money would lead to a significant increase house prices. Not that he should have needed the advice, as anyone with literally a smidgen of finance knowledge would have known that.

"Privileged enough". It's not privilege, it's called hard work and saving for 40 years. How about the so called "aspiring" try it sometime? Instead of expecting "privilege" to be given to them.

And lastly, and equally laughable, "the inequality train". What is that dan? Some soundbite you have heard on a left wing whinge fest site? From the Labour Party maybe? Do define it dan, it would be interesting to hear what you think.

Struck a nerve.  No woe is me here, I'm doing very well for myself, I have a home and I have shares in a few local companies.

But I can also see further than my nose, and how certain actions can have a reaction further on down the line.  But as you say, it's a dog eat dog world.

And given you care so much for others dan and can see oh so much further than your nose, I am absolutely sure that you make voluntary payments to the IRD to assist the Government helping those less fortunate than yourself....... yes, I'm sure you must.

If I throw out there a baseless wild number of 100,000 families that are genuinely struggling to provide the very real basics.

Divide the bank's profit in half, and you have $600 per month per struggling family for 6 months.  In no way suggesting that we robin hood the bank of half the profit, but it certainly does highlight that low interest rates have done squat to reduce inequality despite what Adrian Orr claims.

Orr is either disingenuous, or he simply does not know what he is talking about.

Orr is a bureaucrat remotely controlled by the current government. He will say what they want him to say. He wants his salary paid every month.. That's it.

As i keep saying rot is on. Many first time MP's in this government and they have come to power by chance, so have no idea what to do.

May be the sheeple kiwis have become aware now that how important is it to have smart people in power. But then what am i dreaming.

Mmmmm not to mention dragging their heals raising their TD rates. That's a killer of a profit that's for sure.

I read this article with interest. Good to read that the business seems to be doing well in these straitened-times.

As a holder of Term Deposits with the ASB which are soon to mature, I do hope this state of affairs is reflected in offers to their customers that at least match the ANZ, BNZ and Westpac. They haven't done this for some time, which is a strange marketing strategy for one of the 'Big 4' banks in NZ.

The profits of the banks at the expense of the taxpayer and society are obscene,  but worse are our elected representatives for failing to address this and retain profits in nz . Are they really this stupid or treasonous to their electorate or do they have no choice but to allow this to continue.

It is treasonous when you consider Sir John Key was awarded Honorary Companion in the Order of Australia.  Ironic huh, considering he is now on the board of one of Australia's third biggest bank and the most profitable in New Zealand.

True, there is policy failure at play here but a lot of this comes down to individual responsibility as well. Our broken markets are, to a great extent, a result of uninformed consumers making poor economic choices.

If enough people took their loans and business accounts to local banks, we wouldn't have this problem. However, Kiwis love nothing more than to reach for the low-hanging fruit and blame the collective shortcomings from such decisions on the government.

BOE Base Rate and our OCR are only 0.25% different yet UK mortgage fixed interest rates offered by the main banks sit at roughly half of NZ... of course it's no wonder the banks are raking in huge profits.

This is because the banks are out of sync with the reserve bank in NZ and probably rightly so.

Perhaps do some research on how fixed loans are funded. No one funds them with an overnight cash rate, they'd be out of business in a rising environment and easily and quickly illiquid. Banks need to hedge, entering swap rate contracts - that's why there is a premium here. Note the pertinent thing is the net interest margin... Lloyds for example has 2.5% NIM.

Per NBR, lending since CCCFA started is down 7%. That's huge.