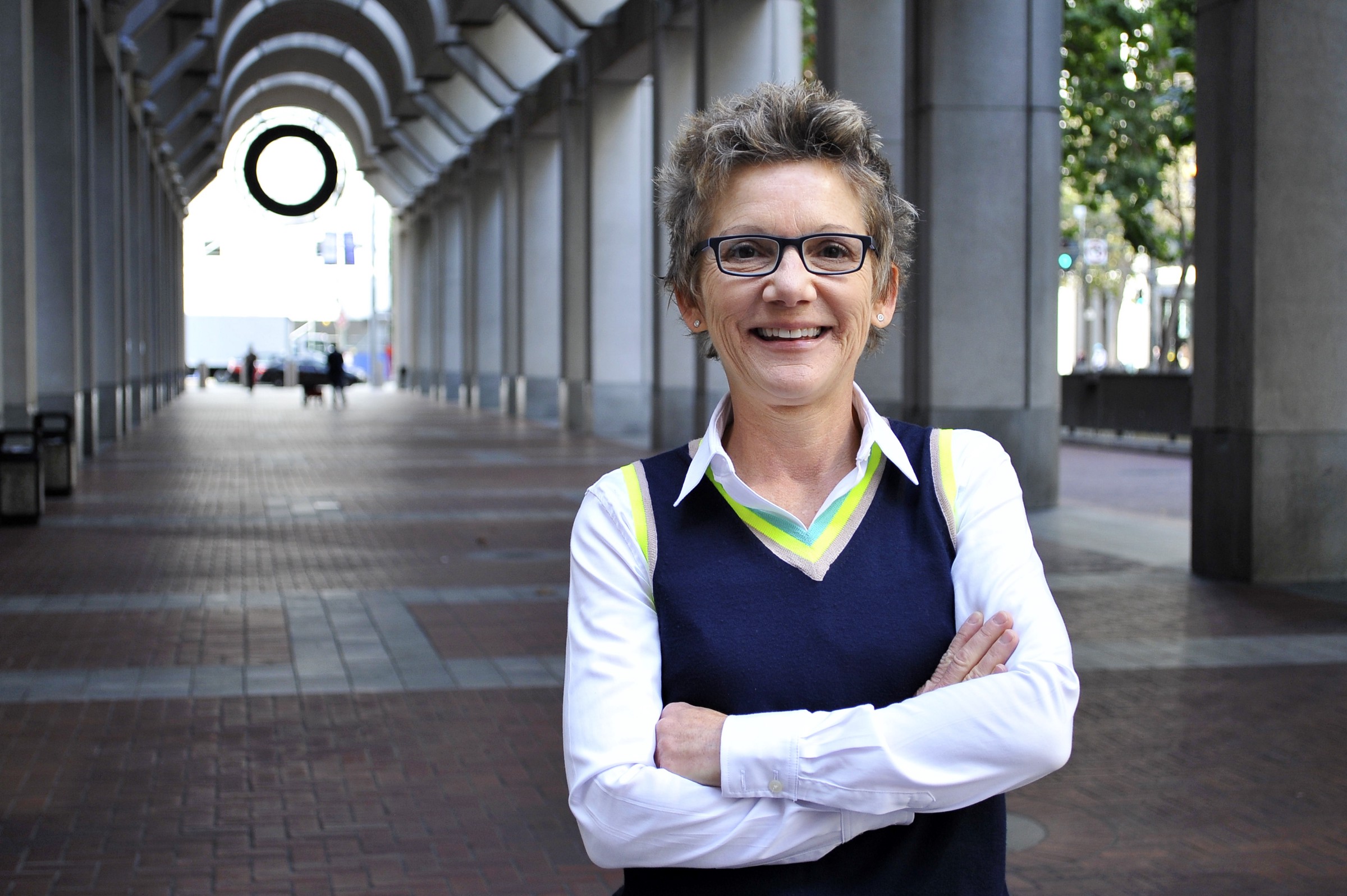 Speaking to media at a conference organised by the RBNZ and International Monetary Fund (IMF) in Wellington on Thursday, Daly said: “I’m convinced from the evidence so far that using our tools early and pre-emptively is better than waiting…

“It’s better to avoid the ditch than try to dig yourself out of the ditch.”

The RBNZ on August 7 cut the Official Cash Rate by 50 basis points - twice as much as expected - to 1%.

Its rationale was to get ahead of the curve - make it much cheaper for households, businesses and the Government to spend to prop up inflation and employment before they risk falling.

Daly, in her speech at the monetary policy conference (which was otherwise closed to the public), said she favoured the US central bank “running a hot economy” to draw more people in to the labour force.

“Right now, with little inflationary pressure and considerable uncertainty about the threshold for full employment, I’m biased towards including as many workers as possible in the expansion,” she said.

Daly recognised there were some downsides to this approach: “If interest rates get too low and borrowing becomes too easy, imbalances in financial markets could once again develop.”

She didn’t believe corporate debt levels in the US currently pose an “acute financial stability risk”.

She also acknowledged that an overly tight labour market could see people leave school earlier than they otherwise would to start working, and firms invest less in upskilling their staff due to high turnover.

Yet on balance, Daly maintained the positives of running this hot economy outweighed the negatives. She noted how this disproportionately benefited the less advantaged.

“When labour markets are tight and firms are competing for workers, they find new ways to fill jobs. They recruit intensively, adjust hiring standards, and look to a broader pool of potential employees."

Daly went on to explain in the media conference: “Full employment [in the US] is not a concrete wall. It’s not something you run in to and then you stop and that’s the end. It’s more flexible. If the economy can continue to expand and grow, we can run a hot economy.”

Daly was supportive of creating an environment that would give under-employed people more opportunities. This would boost wage growth and see people climb the economic ladder.

“I am convinced that these full employment metrics we’ve used in the past should be guidelines… but they shouldn’t be stop points,” she said.

The unemployment rate in New Zealand fell to 3.9% in the June quarter - an 11-year low. The participation rate remained at 70.4%, having sat at around 71% during the previous year, following several years of strong increases. The under-utilisation rate fell to 11.0% - the lowest rate since 2008.

Meanwhile inflation remains below the 2% target range midpoint at 1.7%.

In line with the views of the RBNZ and IMF, Daly also believed governments needed to spend more to stimulate economies in tandem with central banks using their tools to do so.

She stressed the importance of central banks and governments remaining independent, but said their objectives needed to be aligned.

“We are facing a world where the blunt instrument of monetary policy is not going to be sufficient in all likelihood to offset all the challenges we face. And I would reflect on history, it has really never been. But it’s in a spotlight right now that we’re going to need more hands on deck in these issues.”

Asked exactly how governments and central banks should be more aligned and who should pick the direction they rowed in, Daly said it would help if fiscal and monetary policymakers came to more of the same conferences and economists from different camps took broader views.

“It’s a different muscle than we’ve previously exercised,” she said.

The California Bankrupty is Good Model? People are fleeing high tax Cali for low tax Texas, but the scary thing is, they take their bankrupt ideas with them. It all sounds too good to be true; everyone happily employed, low interest rates, low taxes, low debts, low house prices, excellent government services.....honest.

Wouldnt that list have high debt and high house prices rather than low?

Er, I was painting a happy picture of what is supposed to happen, but does not. It seems my meaning was buried in mud. I'll try to do a better job next time.

Too many huhu grubs been feasting on that waka.

Same Waka up shit creek without a paddle ?

“It’s better to avoid the ditch than try to dig yourself out of the ditch.”

Yes I tend to agree. Is the only bad news the business sentiment (which always turns bad with a labour govt)?

An idea only works if the follow the money trail shows the spending adds to the economy that the money was spent.

Sadly, for NZ, our spending ends in the supply chain of Foreign Owned Companies.

The only model that will increase the wealth of NZ is one that reduces the amount of the $20 Billion profit the Foreign Owned Co's operating in NZ are removing from said economy.

If the amount of water flowing out of a lake is more than flowing in, the lake will dry up.

An economy has to retain profits to grow.

Our current account is in continual multi billion $ deficit, therefore the accumulated retained earnings is also in massive deficit.

This will be funded by Debt.

It's not as dire as you think. But we could stop the haemorrhaging through the banking sector very easily, and that would leave us with a massive surplus.

Used to be Tab 7 until I exposed this via media, now buried but still the Investment Account.

What can you do, wannabe politicians with no sense of country or suffering resulting from pleasing their Foreign masters.

Yesterday I had a great, friendly,pleasant experience in opening a/cs with TSB Bank ( walk in, on the spot at that), to shift some of my money from ANZ.
100% Kiwi owned Banks like these are to be encouraged by us more.
Let us strengthen them to put up a good fight against the 'Cartel of Four'.

Ah yes San Francisco where the streets are lined with human excrement! Massive homeless issues there and no toilets! So the homeless just go in the street!

I visited SF in May. I have visited there at least once a year for around four decades now. It is quite sad to see the amount of homeless in the bay area. Along every freeway verge, and under almost all overpasses are homeless encampments that were not there just a couple years ago. This is a rather new phenomenon, and is likely related to some of the policy changes done in recent years. The combination of implementing the sanctuary city concept, coupled with defining a high minimum wage, (along with some other well meaning policy making) well, one ends up with a significant number of people that are not productive enough to be employable. The result is endemic homelessness.

Sanctuary city? Is that the nice name for what is essentially NIMBYism to prevent development?

Google is your friend, I strongly recommend a quick look as to what a sanctuary City means. Consider what would happen if .gov sanctioned unrestricted immigration, including immigration without the annoyance of doing paperwork. Just arrive and all is well... What could possibly go wrong?

This is a bit silly. I am amused at this quote from Mary Daly; “If interest rates get too low and borrowing becomes too easy, imbalances in financial markets could once again develop.”

Ummm... there are already serious imbalances in the financial markets due to the "too easy" factor having been achieved for some time now. Anyone look recently at the share market, property prices, and commodity prices??? There are serious price distortions due to the nearly free cost of money at present. It is a rather stupid thing to make money when the cost of borrowing money is going below the real inflation value. Just borrow and buy, and make money... WTF are they thinking???

“It’s better to avoid the ditch than try to dig yourself out of the ditch.”
Our Aussie cuzzies won't like this, will they ?
Hope they don't start deporting more to home land..

Forget digging oneself out of the ditch. Can the Central Bankers dig themselves out of the (Jackscon) Hole ?
A Trillion dollar question, aye...