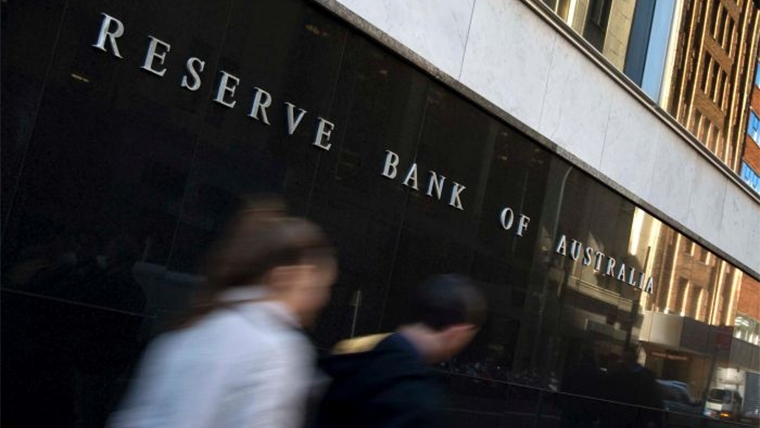 The RBA says now is the right time to start withdrawing some of the extraordinary monetary policy support put in place to help the Australian economy during the Covid-19 pandemic. It says the economy has proven resilient and inflation has picked up more quickly, and to a higher level, than was expected.

The Australian Bureau of Statistics last week said the country's Consumer Price Index rose 5.1% over the 12 months to the March 2022 quarter. The RBA has a target range of 2% to 3%.

The RBA is "committed to doing what is necessary to ensure that inflation in Australia returns to target over time. This will require a further lift in interest rates over the period ahead."

The consensus of financial markets' expectations had been for an RBA increase of just 15 basis points. It's the first time the RBA has increased the cash rate since November 2010.

The Board judged that now was the right time to begin withdrawing some of the extraordinary monetary support that was put in place to help the Australian economy during the pandemic. The economy has proven to be resilient and inflation has picked up more quickly, and to a higher level, than was expected. There is also evidence that wages growth is picking up. Given this, and the very low level of interest rates, it is appropriate to start the process of normalising monetary conditions.

The resilience of the Australian economy is particularly evident in the labour market, with the unemployment rate declining over recent months to 4 per cent and labour force participation increasing to a record high. Both job vacancies and job ads are also at high levels. The central forecast is for the unemployment rate to decline to around 3½ per cent by early 2023 and remain around this level thereafter. This would be the lowest rate of unemployment in almost 50 years.

The outlook for economic growth in Australia also remains positive, although there are ongoing uncertainties about the global economy arising from: the ongoing disruptions from COVID-19, especially in China; the war in Ukraine; and declining consumer purchasing power from higher inflation. The central forecast is for Australian GDP to grow by 4¼ per cent over 2022 and 2 per cent over 2023. Household and business balance sheets are generally in good shape, an upswing in business investment is underway and there is a large pipeline of construction work to be completed. Macroeconomic policy settings remain supportive of growth and national income is being boosted by higher commodity prices.

Inflation has picked up significantly and by more than expected, although it remains lower than in most other advanced economies. Over the year to the March quarter, headline inflation was 5.1 per cent and in underlying terms inflation was 3.7 per cent. This rise in inflation largely reflects global factors. But domestic capacity constraints are increasingly playing a role and inflation pressures have broadened, with firms more prepared to pass through cost increases to consumer prices. A further rise in inflation is expected in the near term, but as supply-side disruptions are resolved, inflation is expected to decline back towards the target range of 2 to 3 per cent. The central forecast for 2022 is for headline inflation of around 6 per cent and underlying inflation of around 4¾ per cent; by mid 2024, headline and underlying inflation are forecast to have moderated to around 3 per cent. These forecasts are based on an assumption of further increases in interest rates.

The Bank's business liaison suggests that wages growth has been picking up. In a tight labour market, an increasing number of firms are paying higher wages to attract and retain staff, especially in an environment where the cost of living is rising. While aggregate wages growth was subdued during 2021 and no higher than it was prior to the pandemic, the more timely evidence from liaison and business surveys is that larger wage increases are now occurring in many private-sector firms.

Given both the progress towards full employment and the evidence on prices and wages, some withdrawal of the extraordinary monetary support provided through the pandemic is appropriate. Consistent with this, the Board does not plan to reinvest the proceeds of maturing government bonds and expects the Bank's balance sheet to decline significantly over the next couple of years as the Term Funding Facility comes to an end. The Board is not currently planning to sell the government bonds that the Bank purchased during the pandemic.

The Board is committed to doing what is necessary to ensure that inflation in Australia returns to target over time. This will require a further lift in interest rates over the period ahead. The Board will continue to closely monitor the incoming information and evolving balance of risks as it determines the timing and extent of future interest rate increases.

A media and markets briefing, including a question and answer session, will be held at 4pm AEST today with the audio broadcast live on www.rba.gov.au.

0.25% is less than the widely expected 0.40% increase. Looks like the RBA is also more bark than bite

Bit of a limp move. Why wouldn't you just do 40bps to get back to the round number? Not like it will impose a massive economic difference.

Have we any idea as to why the NZD has reacted so poorly to it then? The promise of future rises?

It wasn't that long ago commenters on this site were speculating on parity, and now we're almost at 90c!

A recession in NZ is baked in, the RBA will not tighten as much as RBNZ and they will probably escape a recession.

Like most reserve banks?  Will drop trou in a flash, but it takes a heck of lot to hoist them back up.

It's probably because of gravity, makes it a lot easier to drop bank rates lower rather than to rise them up,  ; )

Stress. Underdone by some measure but read yesterday that their debt issue on overheated houses is worse than our. One wonders how much leverage in Aussie is propping up the house building in Central Otago. If Aussie rates continue to go north watch that space.

I expect that the RBA's interest rate increases will have a more immediate impact  on inflation than the RBNZ's.

As a result the .25% increase will affect most mortgages this month, whereas in NZ it can take some time for the effect to be felt as its not until the fixed term expires that the cost of the mortgage increases when the new fixed term is implemented.

I think given how late they are moving they still have a serious risk of overcooking things, as rates will need to go higher than if they had moved earlier.

And we can expect the Fed rate rises to take effect in 30 years.

Good point and I'd add Australia's employment market isn't as tight as New Zealand's. Also New Zealand's Reserve Bank is just a lot further behind the curve in chasing inflation.

i think what he's saying is the RBNZ should have gone faster and sooner (not the size of the rate) . Australia has only just come out of its target inflation band this quarter - the figures were only released last week and the RBA moved with an interest rate rise immediately, whilst NZ's inflation was outside the band for almost 6 months before the RBNZ moved on interest rates.

Admittedly if they hadnt delayed the August 21 rate increase - then it could have been argued that they had moved at a faster rate.

Nice analysis but this was the very reason the RBNZ needed to start raising rates 6 months ago, or for that matter not to even drop to emergency low level rates in the first place. The control loop is so slow to respond that actually its impossible to control, our economy is plane about to crash into a mountain because the elevator takes 5 minutes to work.

A lot of mortgages in Oz are floating, from memory?

thats correct- about 70% are on variable/ floating rates. It used to behigher about 5 years ago it was 85%. In the last few years - particualrly when interest rates hit 0.1% a few people moved to fixed rates to lock in an ultra low rate.

In Australia - the floating rate is also usually the cheapest rate on the market - currently the average variable is 3.12% but with some banks they got as low as 2.25% - which was the same as NZ's 1 year fixed rate

“and inflation has picked up more quickly, and to a higher level, than was expected. ” - more than they expected, but everyone else could see it happening

They haven't raised since 2010! And I thought our central bank was bad...