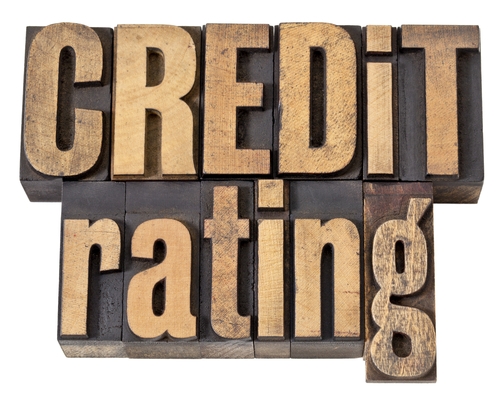 Credit ratings agency Standard & Poor's has reaffirmed the long term ratings for both NZ Post and Kiwibank at A+/A-1 but has also retained its 'negative' outlook on both.

Earlier this year NZ Post and Kiwibank both had their outlooks changed to negative from stable. At the time NZ Post Chief Financial Officer Mark Yeoman said the outlook change was disappointing and he noted that it reflected S&P's "view on broader external factors rather than organisational specific issues."

NZ Post recently announced its strategy for the next five years, including cutting its staff by between 1500 and 2000. It followed quickly on from NZ Post reaching agreement on a new deed of understanding with the Government over its operations from June 2015 onward.

S&P's latest reports on both NZ Post and Kiwibank largely traverse the same ground as its reports earlier this year, including the fact that NZ Post is underpinned by the likelihood that the Government would support it financially if necessary. Also, S&P's reasoning for either a potential lowering of the NZ Post credit rating or alternatively raising of it is still the same, as follows:

The negative outlook reflects 1) rising economic risks in New Zealand that could affect the credit-standing of NZ Post's subsidiary, Kiwibank, and 2) weak profitability of the postal operations that is highly reliant on effective cost restructuring to offset structurally declining revenue trends.

We could lower the ratings on NZ Post if:

· Fund from operations (FFO)-to-debt (excluding the banking operations) is sustained at less than 20%, due to persisting weak operating performance, debt-funded acquisitions, or debt-funded distributions.

Although unlikely in the next two years, downward pressure on the ratings could also arise if we considered there would be a reduced likelihood of the New Zealand government providing extraordinary support to NZ Post.

We could revise our outlook back to stable if:

· We formed a view that uncertainties around New Zealand's economic risks affecting Kiwibank have abated; and

· NZ Post maintains profitability of its letter delivery business, underpinned by effective execution of its cost reduction strategies; and

Regarding Kiwibank, and its negative rating, S&P said: The outlook reflected that on Kiwibank's parent, NZ Post.

The rating on Kiwibank could be revised to stable if the outlook on NZ Post was revised back to stable.

S&P considered the main factors that could impact Kiwibank's SACP as being:

S&P gave the following 'rationale' for its assessment of Kiwibank:

Our ratings on Kiwibank are currently equalized with those on NZ Post, reflecting the benefit of NZ Post's unconditional guarantee for all of the bank's senior obligations.

We note that a weakening in Kiwibank's stand-alone credit profile (SACP) itself could be a trigger for lowering the rating on NZ Post, given that Kiwibank forms a material part of the NZ Post group.

Anchor: Our bank criteria use our Banking Industry Country Risk Assessment economic and industry risk scores to determine a bank's SACP, the starting point in assigning an issuer credit rating.

We view New Zealand as an open, resilient, and well-developed economy benefitting from flexible labor and product markets.

We believe that a weakening in the country's macroeconomic factors could heighten the risk of a sharp correction in property prices in the country, which would likely trigger increased credit losses for the banks.

We consider that this risk is heightened by New Zealand's material dependence on external borrowings and persistent current account deficits, against the backdrop of an uncertain short-to-medium term outlook for global economic recovery, and recent growth in house prices in some of the larger cities.

We consider private sector debt to be high, although supported by high income levels, conservative underwriting, and a creditor-friendly legal framework.

Our assessment of industry risk in the New Zealand banking sector is underpinned by the country's conservative regulation and the sector's restrained risk appetite, which are partly offset by limited funding support from customer deposits and a material dependence on net external borrowings.

S&P says its assessment is that Kiwibank's capital and earnings are "strong", reflecting the agency's expectation that the bank's risk-adjusted capital (RAC) ratio will remain in the 11.5%-12.5% range over the next 12-24 months.

"Our forecasted RAC ratio takes into account, among other things, Kiwibank's: potential future investment in a core-bank replacement project treated as a non-servicing intangible and deducted from total adjusted capital; Kiwibank growing its loan exposures at a rate higher than the system average; no dividend payments to NZ Post until 2017, as earnings are reinvested into the bank; and possible capital injections from NZ Post over the forecasting period.

"We are of the view that Kiwibank comfortably meets the minimum regulatory requirements post the implementation of the Basel III framework in New Zealand. Kiwibank is also in the process of transitioning to the Basel II advanced ratings based approach for the measurement of its credit risk exposures with the possibility of freeing up further capital and increasing Kiwibank's capital ratios further above the regulatory minima.

"In our view, Kiwibank has a satisfactory capital structure that includes a NZ$150 million hybrid instrument--which is assessed as having "intermediate" equity content under Standard & Poor's hybrid debt rating criteria.

"We believe that this instrument will be replaced with a Basel III-compliant instrument if the call option is exercised in 2015."

"Under our base case, we expect moderate growth from the group's [excluding Kiwibank] parcel and courier businesses, and other investments, to offset continued weak profitability of the postal operations and maintain credit protection measures within tolerances for the current rating," the agency said.

"That said, downside risks to postal earnings remain in the near term, as meaningful improvement in postal profitability is not expected until fiscal 2016, due to the timing of initiatives under the revised Deed of Understanding."

S&P considers NZ Post's liquidity to be "adequate" as it expects the group's sources of liquidity to cover its uses by more than 1.2x in the next 12 months.

"We also expect net sources and uses of liquidity to remain positive even if EBITDA falls by 15%."

The agency's expectations for the group's key sources and uses of liquidity in the next 12 months are summarised as follows:

"Proceeds from previous asset sales have been used to reduce debt, which materially supported NZ Post's financial risk in the past 12 months.

"As a result, funds from operations (FFO) to debt (excluding the banking operations) improved to about 30% in fiscal 2013 despite weaker postal earnings.

"Under our base-case forecasts, we expect key credit measures to weaken moderately during fiscal 2014 due to continuing structural revenue pressures in the core postal business.

"Furthermore, we expect the profitability of the core postal operations to remain weak in the next 1-2 years due to the timing of proposed restructuring initiatives under the DoU that will not be fully realised until at least fiscal 2016.

"Accordingly, NZ Post will be reliant on effective execution of restructuring initiatives already underway, and continued satisfactory earnings growth from its nonmail businesses to support credit metrics consistent with the current rating in the next two years."

The 'business risk' is assessed as 'satisfactory', with the following explanation:

Underpinning New Zealand Post's "satisfactory" business risk profile is its significant market position as New Zealand's designated postal operator and its strong market shares in parcel and courier delivery. Tempering these strengths are the group's exposure to structurally declining letter volumes, a high fixed cost base, and execution risks associated with the proposed restructuring under the group's recently revised Deed of Understanding (DoU).

NZ Post's core postal operations continue to face significant ongoing structural declines in traditional mail volumes, against a large and predominantly fixed cost base. Accordingly, the proposed cost restructuring initiatives under the revised DoU are considered essential to supporting the profitability of the postal operations. Key elements of the restructuring include a reduction in delivery days and an extensive rationalisation of the retail postal network. If well executed, these initiatives should, together with other initiatives already underway, help to both reduce costs and make more of the group's costs variable to better accommodate declining revenue trends.

Nonetheless, these initiatives incorporate material execution risk and will be implemented over the next two years, with the full benefit not expected until at least fiscal 2016. Accordingly, we expect the near-term profitability of the postal operations to remain weak.

Despite the structural challenges in the mail business, we consider NZ Post to be well positioned in the New Zealand courier and parcel delivery market. Although the parcel and courier sector is competitive and cyclical, we consider the NZ market to benefit from its relatively concentrated market structure, with NZ Post being one of two similarly sized operators that account for more than three quarters of market volumes. Furthermore, the scale economics and relatively small size of the NZ market should limit the amount of competition compared with larger offshore markets. Nevertheless, market competition and cyclical demand will constrain margins and contribute to moderate earnings volatility from this business through the economic cycle.

NZ Post also has a number of investments in new business streams, including wealth management and insurance; data management services; online directories; and catalogue delivery. These businesses offer growth opportunities for the group (particularly nonbank financial services and data management services), provide some moderate earnings diversity, and are a source of financial flexibility to the group. Nevertheless, our business risk profile assessment is driven primarily by the mail and courier businesses given the relatively size of their revenue and cost bases.

Given we view Kiwibank as materially insulated from the NZ Post group, the group's investment in Kiwibank is assessed primarily as a source of financial flexibility under our financial risk profile assessment.