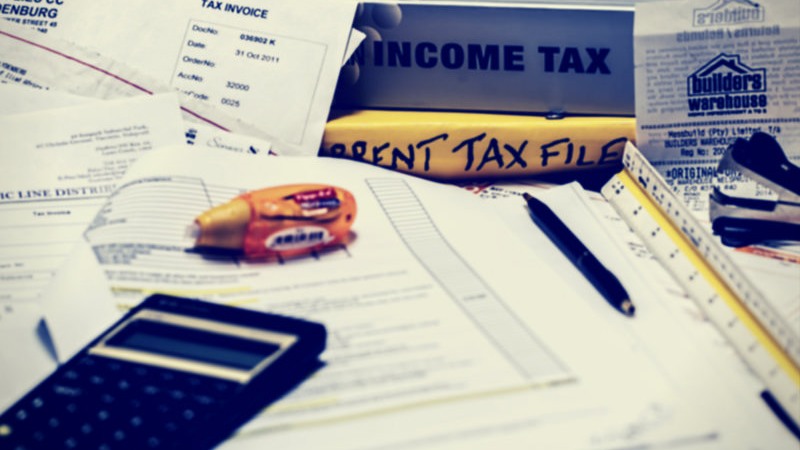 The Government, under fire from a doubting business community and resulting low business confidence surveys, has announced two business-friendly tax tweaks as part of its Economic Plan released on Monday.

The two changes to the tax rules are clearly still at early stages of development as the Government says one of them will be included in new legislation to be introduced early next year, while the second one seemingly still needs a period of consultation.

Since taking office in late 2017 the Coalition Government has struggled to get New Zealand business onside. This has been reflected in a continuing series of poor business confidence surveys. And the falling business confidence is now manifesting in a slowing economy.

The Government is clearly trying to get businesses more onside and the tax tweaks announced on Monday would be aimed at this.

National's Finance spokesman Paul Goldsmith and Economic Development spokesperson Todd McClay said the Government’s economic plan is weak, underdone and will do nothing to restore confidence.

"It has taken the Government nearly two years to come up with this so-called plan, which lacks any meaningful ideas to grow the economy, but on the plus side contains some rather nice pictures," Goldsmith said.

The two minor tax changes announced are "just tinkering around the edges" and will affect very few real New Zealand businesses, he said.

On those changes, the first tax tweak involves feasibility studies.

The Government's planning to allow businesses to deduct ‘feasibility expenditure’ from their tax bills, including for projects that don’t end up going ahead.

Revenue Minister Stuart Nash said public consultation had already been held on this "and feedback has been supportive, indicating the proposal could have great benefits to the economy”.

"To keep it simple and reduce compliance costs, particularly for small and medium businesses, we’re proposing that qualifying expenditure totalling less than $10,000 be deductible immediately. Deductions will be able to be spread over five years."

This measure will be included in a taxation bill to be introduced into Parliament early next year, meaning the change can kick in from the start of the next tax year.

The second proposal involves "loss continuity rules", with a measure the Government says will make it easier for start-ups to attract investment and get off the ground.

Under current rules a firm that suffers a loss one year can use that loss to reduce its taxable income in the future.

However, in the case of a start-up business, if the business then gets new capital injected the tax losses may no longer be available.

The Government plans to alter this but the details of proposed changes have not been clearly spelt out at this stage and the changes are clearly in the early stages of development.

Nash says business and tax experts will be consulted on the proposals later this year, along with a review of the existing R&D tax loss cash out rules.

"This is the normal process for tax policy changes."

They've got a Plan

Speaking to the release of the Economic Plan, Finance Minister Grant Robertson said the Coalition Government was "transitioning the economy to be more productive, sustainable and inclusive to tackle New Zealand’s long-term challenges".

“Our economic fundamentals are strong, with low unemployment, rising wages, a Government surplus and low debt. But we are currently facing a number of headwinds, including global volatility and low productivity."

"Fixing and facing up to these issues now will turn them into economic opportunities."

Twyford said the Economic Plan provided "a one-stop-shop "for business and government agencies to view the Government’s long-term plan and see how different policies contribute to it.

The plan identifies "eight economic shifts" for a more productive, sustainable and inclusive economy. These are:

Robertson says these "economic shifts" represent "a broader approach to economic policy than used by the previous Government".

'Allowing us to reach potential'

"We understand that improving the health and wellbeing of our people, protecting and enhancing our environment, and strengthening our communities will allow us to achieve our potential."

Twyford said that, for example, a well-functioning housing market was important for businesses that wanted their employees to live near their workplaces.

"A city’s housing market should not be a disincentive for workers to take on a new job. Our Economic Plan also recognises that New Zealand needs to shift investment out of unproductive assets such as housing."

Robertson said the two business tax changes the Government was announcing on Monday were practical examples "of how delivering our Economic Plan will help businesses move from volume to value”.

"These measures will also help to deepen the pool of capital invested in New Zealand’s productive assets, by incentivising innovation. This is all part of a 30-year plan to make the economy more productive, sustainable and inclusive."

Still can't see any vision from this government

To be fair, we haven't had a government with a vision in the past 2 decades at least. We don't do things like vision and strategy particularly well in this country.
Why do you think commodity trade, people import and house flipping are core to the NZ economy?
It's the blind leading the blind!

Was the National government in the 90s visionary at all?

The double digit unemployment rate was exceptional. Only a visionary could trigger rapid change without allowing the working population enough time to adapt.

To give a little credit:
The Human Rights Act
The Employment Contracts Act - some still think that was utter doom on employees, but I was a member of a union for my first ever job....it was an extremely underwhelming & rather disappointing experience. I think that undoing collective bargaining wasn't all bad.

Compared to the damage they've done ... the mega $ billions lost from their destruction of our offshore natural gas industry , these 2 tweaks are just a drop in the ocean ...

.. the mega $ billions lost from their destruction of our offshore natural gas industry

"COMPARED TO BILLIONS OF COMPLETELY MADE UP DOLLARS I'VE DECIDED WOULD HAVE EXISTED THESE CHANGES ARE MINOR!!!1!1"

Don't let made up facts get in the way of a good yarn haha. Works for Simon Bridges, so why wouldn't it work for Gummy Bear? :-P

The vision is neoliberalism.

Just more fluff.
This government are great at that. But awful on delivery.

And lashings of dribble.

I think this is really, really important:
"A city’s housing market should not be a disincentive for workers to take on a new job. Our Economic Plan also recognises that New Zealand needs to shift investment out of unproductive assets such as housing."

Cheap, decent accomodation means the workers get more dosh in the pocket for a given wage level. It is a source of national competitive advantage (or not, in our case).

Tweak is right. How about doing something meaningful?

You gotta love the "year of delivery" - another plan delivered.

Whoever was going to be government this time would have seen a drop in business confidence. It's what happens when you jack up house prices to create the illusion of growth and prosperity. Thanks for the smoke and mirrors Jonkey not!!

Proposed tax changes with be helpful. To encourage more local investment; away from houses, losses should only be able to be carried forward to NZ citizens. NZ inc is tided of overseas interests not paying the fair share, while extracting cartel profits.

Migrant workers should be taxed at a higher rate too. This would encourage employers to employ locals, while discourage migrants from moving here to abuse the system.

Another win for accountants.

Nothing but a drop in the bucket !