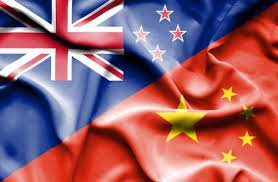 The agreement is expected to be signed in early 2020.

Speaking at the East Asia Summit in Thailand, following a meeting with Chinese Premier Li Keqiang, Prime Minister Jacinda Ardern said the upgrade ensures the FTA “remains the best that China has with any country”.

While the draft text is yet to be legally verified and released, Ardern and Trade Minister David Parker said in a statement that it doesn’t include any changes to the dairy sector’s access to China.

Under the existing NZ-China FTA, signed in 2008, all tariffs will come off most dairy products in two years’ time and milk powder in four years.

Elsewhere, the upgraded FTA will:

- See fresh food products, and other products that may have transited through other countries on their way to China, released faster at the Chinese border.

- Make it easier for exporters to comply with product labelling requirements.

- Provide some services exporters, such as education, with protections should China make new commitments to other countries that make New Zealand exports relatively less competitive.

- Include new chapters on electronic commerce, environment and trade, competition policy and government procurement “reflecting advances in trade rules and business practices over the past decade”.

Ardern and Parker said “the government’s right to regulate for legitimate public policy purposes continues to be duly protected as is our exception for the Treaty of Waitangi, which enables the government to take measures it considers necessary to fulfil its obligations to Māori”.

“This is why we entered into upgrade negotiations: to ensure our agreement is modern and deepens our relationship further, and to ensure that New Zealand’s exporters have a deal as good as, if not better than, their competitors.”

Ha ha ha … I’m sure the agreement will include a brand relabeling clause for Huawei to something like NZ5G
I mean what difference does it make now NZ already has CCP members around the entire country reporting back to China ?
Please don’t misconstrue me I love China & the Chinese They handed me the opportunity I have today with their state money printing ponzi spreading dollar$ around the kiwi property market
Oh sorry to those who failed to sell when the prices were sky high

Why don't they send us some Police Officers, Doctors and Nurses, Council CEO's, High School Principles, University Professors, etc. Perhaps a few politicians, oh wait we already have those.

Perhaps Donor/MP is also a category on the "Iconic Chinese Occupations" visa?

We may have misunderstood the intent in the word occupation.

These 2 video clips are worth watching.
The 1st one by SerpentZA, well known and honest reporter on China:

Australia Belongs to China!
Australians did not see this coming, but China pretty much owns Australia. Gladys Liu has been tied to the propaganda arm of the Chinese communist Party and that's just the tip of the ice-berg, the Chinese United Front has been working behind the scenes in Australia for decades and as the 70th anniversary of Communist China recently showed just how bad things are, the CCP flag is being flown over Australian Police stations and cars mocked up as Chinese police are allowed to drive around the cities of Australia.
https://www.youtube.com/watch?v=lEEeNYXUTvY

This clip by Andrew Bolt, rather outspoken commentator, but always very close to the truth:

Australia's ‘war with China has already begun’
Sky News host Andrew Bolt says “the war has already started” with China, while Australia has “politicians who seem stunningly blind to the danger.”
https://www.youtube.com/watch?v=MHTjfFCa_-g

In such a turbulent world, nothing can be worth as much as being a valued strategic trading partner with China.

One thing would be more valuable - not having to kowtow to that fascist organisation the Communist Party of China. Imagine a world where your govt can greet all religious leaders including the Dalai Lama. Where ownership of remote reefs in the ocean are settled by international arbitration. Where Muslims can enter mosques. Where an Air New Zealand flight to Shanghai would never be turned back several hours into its journey.

There may well be short term tactical advantages in trading with China but even with no direct trade our timber and milk powder would get to China via international markets (eg Singapore) and China's excellent well priced electrical goods would reach NZ also via various international market.

Are the short term tactical advantages worth the dangers of China's long term strategies which as far as can be interpreted from the words of President for Life Xi appear to be world domination.

Some say western pay slavery is a greater evil:
Watch: "You Are Slave Property Of A Corporation Called The United States Of America"

I realised in 1998 I could no longer afford to work since salaries/wages were not competing with the growth of debt deflating the worth of said emoluments - hence I retired at 45.

You're on the money.

Cant be much life left in the giant ponzi scheme of money printing? Their game has relied on pacifying the US voters, who are struggling now that a good chunk of the manufacturing jobs got exported to China. With the disruption that electric vehicles are bringing, their oil cartel is not looking that promising either.

Like you I semi retired at 41, to focus on some public good. The only problem is the whole democratic system is some corrupted by yes minister staff, its like flogging a dead horse. And its by design, leaving the not so smart (bloody thick) people running us into the ground.

My bet is ponzi scheme has less than 5 years (and probably less) before a correction. Whats your bet?

No man is an island,
Entire of itself,
Every man is a piece of the continent,
A part of the main.
If a clod be washed away by the sea,
Europe is the less.
As well as if a promontory were.
As well as if a manor of thy friend’s
Or of thine own were:
Any man’s death diminishes me,
Because I am involved in mankind,
And therefore never send to know for whom the bell tolls;
It tolls for thee

Jacinda - what about the murder of Catholics, Falun Gong members and Muslim Uighurs? What about the burning and destruction of churches and temples? What about millions locked into concentration camps undergoing brainwashing (at best) or torture (at worse)? What's going on in China today is as bad as or worse than the Soviet Gulag system that resulted in the deaths of millions of dissenters against the Soviet dictatorship. China is seeking nothing less than totalitarian thought control, total censorship of the internet and hegemonic control first of the Western Pacific and eventually the entire world. This article details some of China's most horrific abuses — the involuntary removal of organs from still-living religious minorities without the use of anesthetic to supply a multibillion-dollar transplant industry. This horror is not just a matter of speculation. It has been documented by the International Coalition to End Transplant Abuse in China chaired by Queen's Counsel Sir Geoffrey Nice. So Jacinda, why are we doing business with China at all?

How about prefabricated housing en masse.

Too many indebted land bankers holding out for a higher payday to facilitate such an arrangement in the immediate future.

Time for some stiff and girthy Georgism.

That flag image is spooky.

... hmmmm .... wouldn't those yellow stars on the red flag look much more vibrant on the blue flag .... I wonder if that thought has a curd to Premier for life , Ginsling ?

You have to ask yourself why the Chinese government has such an ongoing interest in getting as many of it's citizens into our country as they can. It can only be colonisation and turning us into some sort of satellite state. And our gormless politicians welcome it. Or have they just been bought off like many other South Pacific banana republic leaders. Certainly quite a few ex National politicians and their families seem to be on some sort of Chinese gravy train - Gratitude and ongoing political influence?

I like the vibe President Xi has. I often find myself thinking, "what would President Xi do?" when I have a stressful situation. So calm and in control looking. And it obviously works for him, now "President for Life" and on the cusp of "world domination". What next? A Mars base and domination of the solar system, perhaps the whole of the Milky Way?

I'm not sure if Comrade Smith is being sarcastic or serious. Perhaps Dr Smith is a closet communist after all.

Xi looks so calm and serene because of sheep placenta cream ... I think he eats it by the tub full ...

Actually after reflecting on this overnight I have to ask another question. Is this simply a deal designed to enable China to gain the broadcasting rights to the 2023 RWC or even the genetics pool of the top teir player group in order to build their OWN rugby team? The Huawei tie up would point to that?

Sounds good for some of our exporters. However no such thing as a free lunch with CCP or even mutually beneficial.. It will be more than satisfying their aspirations, in the short or long term.

I'm still hesitant to see more dependence on China for some of our biggest export markets.

In other words 800 Chinese pushing the CCP propganganda via the confucius institute.

We should be sanctioning China and winding down our trade with them, not encouraging more of it. Kiwis stood up to Apartheid South Africa, it's time to show some mettle and do the same to the far worse PRC.

While we have both major parties intent on sucking up to Winnie the Pooh, and one major party which seems to believe the United States is somehow the bad guy (just bizarre really), we'll just get further and further into their maw and it will be more and more difficult to get out once we finally wake up.

Here are some interesting figures.
In 2018 NZ exported 15.3 B $NZ to China. Our total exports to the world were about 58.1 B. I.e. 26.3 % of our exports go to China. 22% of China's exports go to the USA. Right now I bet that China wish that they were a lot less dependant on the USA. How much more should we be concerned, being even more dependant on China where the totalitarian state can turn off the import tap completely from any country at the whim of their very autocratic leader. They don't even have to say anything; just smile sweetly saying nothing is wrong but our exports just mysteriously dry up, as they have ably demonstrated more than once.
Pity Australia though 35% of it's exports go to China. Their stuffed. How the hell can they get out from under that one.