Statistics New Zealand says seasonally-adjusted electronic card spending dropped 3.2% in February - and in actual terms was 8.1% lower than in February 2020 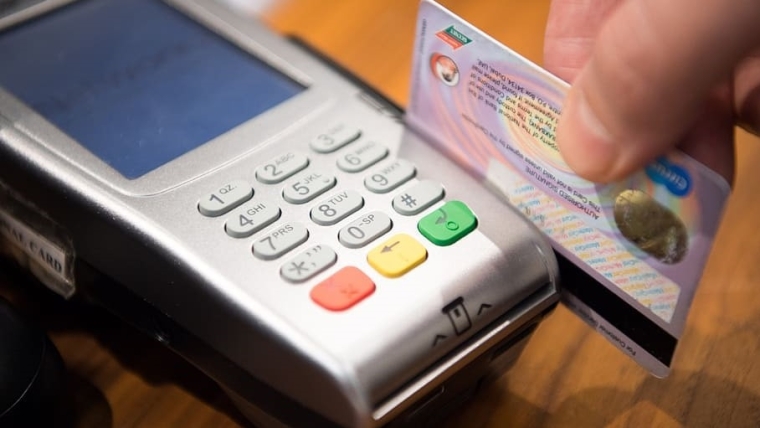 Kiwis’ spending fell across the board in February, Stats NZ  says, with seasonally adjusted total electronic card spending down by 3.2%. In actual terms spending in February was 8.1% lower than for the same month in 2020.

While seasonally adjusted spending dropped for all sectors, this fall was particularly driven by reduced spending in two main sectors. Kiwis spent $96 million (5.9%) less on non-retail industries including postal services, travel agencies, and medical services; and $17 million less (0.8%) on consumable goods, such as supermarket, specialised food, and liquor sales.

ASB senior economist Mark Smith said the February decline in card spending was stronger than expected, with broad-based falls over the month.

"We had expected a sizeable fall in February given it is the peak month for overseas tourism for NZ and the middle of the month also saw a brief ratcheting up in Covid-19 Alert Levels after a community outbreak in Auckland (with the return to lockdowns in Auckland at the end of the month).

"Hospitality spending was particularly weak, as expected, but results for other retail subgroups were generally weaker than envisaged.

"Despite a number of plusses on the retail spending front – the resurgent housing market, reasonably steady overall employment and low interest rates – we expect growth in retail spending to cool over 2021 given sharply slowing population growth. Our view remains that business spending will need to step up to provide more backbone to the expansion we see unfolding over the next few years."

Separately, a new Retail Radar report from Retail NZ showed that the second lockdown in Auckland from February 28 "has significantly impacted the retail sector".

Retail NZ's chief executive Greg Harford said more than half of all retailers around the country reported a drop in sales over the last month, rising to 70% of respondents with stores in Auckland.

"Spending numbers for March are not yet available but will have been impacted by the lockdowns,” he said

"The lockdowns in February and March have also had a significant effect on retailer confidence, with 37% of retailers saying that are not sure, or not confident, if they will survive the next 12 months.

"This is a 15% jump on the last time we asked this question back in September, and shows the dire impacts of the lockdowns on retail business confidence."

Harford said the survey also showed a decline in satisfaction with the Government’s response to Covid-19, with nearly 49% of retailers expressing dissatisfaction, up from 37% last August.

And the survey also indicates continued significant pressures on the supply chain.

"Retailers are expecting to import 11% more containers this year than last year at a time when there is reduced freight capacity coming into New Zealand, and there is ongoing congestion at the Ports of Auckland.  This means that stock is being delayed – and it is also costing more.  Retailers report that, on average, the cost of seafreight has more than doubled over the past year.  This creates unsustainable pressure on costs for almost everything that’s imported, and we expect to start seeing this flow through into price increases over the coming months."

Nothing to do with stagflation. It's likely more to do with the reality that h'holds are living paycheck to paycheck. And it could be an indicator that the wealth effect has hit its limits.

So the article dosnt indicate high inflation has arrived (it may be temporary or a one off, but then again it may not) and you see conditions that will lead to strong GDP growth including significant wage increases?

I don't think you can claim that stagflation has arrived. Subjectively maybe. I think my conclusion is closer to reality. But I'm always the first to admit I could be wrong.

I think we are at the point where if the Government fails to deliver on the Vaccine roll-out they are going to lose a ton of political capital - we also can't have any more lockdowns. The Level 3 lockdowns themselves are affordable in the scheme of things but the dent in confidence is what hurts the most. We can't have any more lockdowns and need the Vaccine roll-out to go better then expected and get that Australia Travel Bubble open ASAP.

Retailers report that, on average, the cost of seafreight has more than doubled over the past year. This creates unsustainable pressure on costs for almost everything that’s imported, and we expect to start seeing this flow through into price increases over the coming months."

And a consequential bigger drop in retail sales as wage earners battle against the woes of financialisation depleting discretionary spending.after the basics are accounted for.

Lucky we don't import strategic things like diesel and pharmaceuticals

And a consequential bigger drop in retail sales as wage earners battle against the woes of financialisation depleting discretionary spending.after the basics are accounted for.

On the money as usual Audaxes

Supply-chain breakdowns, shipping bottlenecks, business failures, we have it all!

My laugh of the day - thanks.

Suspect its more a function of lag....you can operate at a loss for a while but not forever, just as it takes time to fall into arrears on a mortgage

We are feeling the slow down in retail. It was slowing before the lockdown. Buyers are not rushing into the big purchases like they were at the end of last year. On top of that our stock costs have already gone up 15%. Our suppliers are telling us container transport from China has increased from circa usd $1000 per container to $5,000. Port costs in Auckland have also more than doubled. We are still holding stock at the old prices but will have to increase prices as new stock arrives.

Sure feels that way. It was good while it lasted.

Agreed. I can only speak for myself, but the interest I earned on my TDs gave me a buffer in my retirement and was spent if not required for essentials. Like a lot of people, I have had to tighten my belt (spend a lot less).

This government is showing its true colours. In no way could you say they are business friendly. They are mismanaging the economy big time. The stop-start lockdowns are killing business, and they don't seem to care

Well probably not a surprise - in the back half of last year real estate commentators were suggesting people borrow the maximum amount they could and get into the real estate market. The subsequent housing boom and the rate of the increase in house prices indicates a lot of people followed that advice, the problem is if you have borrowed to the hilt- that leaves little left over to eat out, buy clothes and new furniture.

Then add in the poor prospective first home buyers who have seen their housing deposit requirements go up by 40K this year- who are saving every penny for a house and the first things they cutback is eating out , buying clothes and buying new things.

The only people who are able to spend are those who own their houses and have no plans to move and all the ones I know are now nervous that even thought their house price is up - they are scared when they need to move it will cost them a squillion.

Everyone is buying houses. This means you have to pay down your credit cards and rein in your spending so when the bank looks at your bank statements they like what they see, and give you a mortgage.

You’re either paying a mortgage or saving a deposit. Not much left for the real economy. There will be job losses.

The missing puzzle is the increasingly popular 'Buy Now, Pay Later' phenomenon. Stats NZ should start collating data from this segment to have a clearer view of the retail sector.

"The missing puzzle is the increasingly popular 'Buy Now, Pay Later' phenomenon. Stats NZ should start collating data from this segment to have a clearer view of the retail sector"

Buy now, pay later - sounds like interest only mortgages for property investors, except its with hundreds of thousands of dollars, leveraged against a ponzi scheme. But yeah better worry about a $1,000 loan for a car so someone can get to work.

Suffering retailers (where particle) should look at moving their businesses to Australia. Business AND Consumer Confidence is at a decade high across the ditch. Surprising I know, but yeah.. would seriously be a good move for some.

I'm a Kiwi, so I'd rather businesses stay here, but I also have a heart and understand business owners need to make a living. Better to up-sticks than slowly go bankrupt.