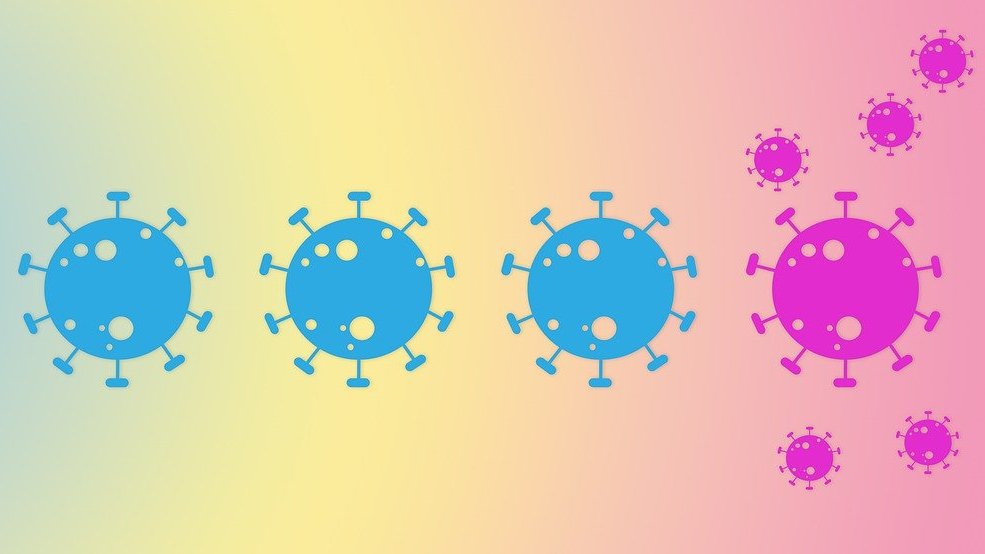 The emergence of a new Covid variant could "complicate" the economic policy response and potentially lead to even more supply chain problems and inflationary pressures, according to a global independent economics researcher.

Neil Shearing, chief economist of Capital Economics, in an update issued at the start of the weekend (so, quite soon after the revealing of the new Omicron Covid variant - and the update is titled: 'First thoughts') makes the point that as Covid Delta has shown "it’s very hard to stop the spread of virulent new variants".

He says the moves to limit arrivals from South Africa and some other African nations "probably won’t prevent it spreading to other countries, particularly if it’s as contagious as currently feared".

The lesson from the past couple of years, Shearing says, is that it’s the restrictions that are imposed in response to the virus – rather than the virus itself – that causes the bulk of the economic damage.

"So, the key question is how governments will respond in the event that the strain spreads. That in turn will hinge on the extent to which it escapes the vaccines and, importantly, causes strains in national healthcare systems."

He thought if the new variant arrived in China would probably cause Beijing to double-down on its “zero Covid” strategy.

"That would mean localised lockdowns as outbreaks emerge, tighter restrictions on regional travel and a greater likelihood of port shutdowns. China has proved adept at managing outbreaks, but the long-run economic costs will mount if highly-transmissible strains are endemic globally."

The global economic backdrop is "very different" now than in previous waves of the virus, Shearing says. And he points to potential inflationary pressures - and to further labour market pressures.

"Likewise, a new, more dangerous, virus wave could cause some workers to temporarily exit the workforce, and deter others from returning, making current labour shortages worse."

All of this would "complicate" the policy response, Shearing says.

"At the margin, the threat of a new, more serious, variant of the virus may be a reason for central banks to postpone plans to raise interest rates until the picture becomes clearer. The key dates are 15th December, when the Fed meets, and the 16th December, when several central banks, including the BoE and ECB, meet. But unless a new wave causes widespread and significant damage to economic activity, it may not prevent some central banks from lifting interest rates next year."

He says short-term interest rate expectations in the US and several other major developed "had risen considerably" over the past two months and had "looked somewhat overdone" even before the news of the new variant.

"...And there is ample scope for a further drop in yields, especially at the short end of the curve.

This will be a never-ending cycle of new detection, reactive measures, slight relaxation of measures, and so on.
Interest rates will be restrained as a result.
House prices will keep ‘fizzing’ (British m).

It should have been named Omygod.

Except Covid is causing inflation, so really it should be a reason for higher rates.

The world is learning to live with it. Interest rates will normalize pretty quickly. Actually, the risks are all on the upside, as inflation is kicking in.

"learning to live with it" - only if vaccines work with this new variant.

Mass vaccination is selecting for more infectious variants.  It will be 3 months+ to prepare vaccines adapted to Omicron (if they decide to do it), which is mighty fast, but it's going to be a non-stop battle to stay at a leaky level of vaccine efficacy.  One way or another I think it adds up to "learning to live with it".

I'm hoping these early indications that Omicron has mild symptoms turn out to be correct.  My plan at this stage is to decline boosters (unless forced by threat of govt and employer crucifixion) catch Omicron as it rampages around next year, get over it and have better natural immunity than an endless string of vaccines would give.

Covid-19 has proven to be an unstable virus, its mutating (losing genomic information) testifies to this.

It's continuing to weaken, the hype over Omicron just makes hysteria purveyors look ever more foolish..

"Oh no, the virus is unstable, losing genomic information and getting weaker.. the sky is falling !!"

These Chicken Littles are dangerous spreaders.. spreaders of fake-news and mistaken-information.. broadcasting standards anyone?

The hype is really about whether the vaccines will work on the new variant. If they don't it may be lockdown time again, or it might not if the new variant isn't as deadly.

It will depend on how well Lockdown 3.0 does in focus group polling.

Better than Death 1.0 I imagine

Here's the deal, if the handful of proteins Ugur Sahin isolated in the spike protein [for messenger RNA replication/vaccines] gets lost (mutates/error-corrects away) - current vaccines would be useless.

Now, contrary to the public's belief, scientists know less about the-immune-system than they know. As Covid-19 mutates (loses genomic information) and reproduces within its' remaining genome - Covid-19's 'spike' looks ever more different..

..as such, the question/concern is: even if Ugur Sahin's targeted proteins remain, will the changes in the structure/look of the spike cause the vaccines to be ineffective in producing the desired immune response. Please Note: there were 20 different human-trials [protein-combinations] being run simultaneously, to land on the messenger RNA being used in the current pfizer vaccines.

But it's a bit like, MEH, because the virus is just trying to error-correct to its' unadulterated [pre-WuHan-lab] state and like viruses before it is getting weaker, even dying out. It's a Chicken Little situation.