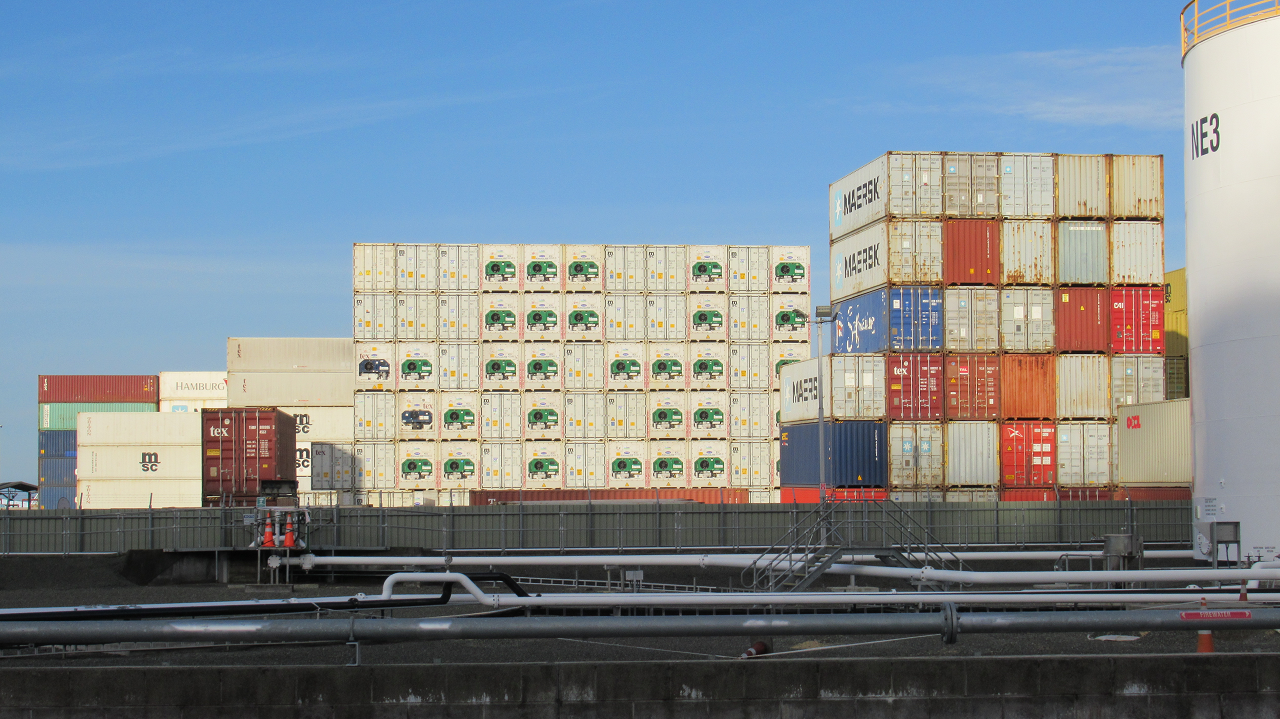 Black gold and white gold went head to head last month in a dual of soaring import versus export prices.

But it was the stratospherically expensive black stuff, oil, that came out on top over boiling milk and dairy product prices as New Zealand recorded its biggest monthly trade deficit (value of exports minus value of imports) for a February in a series that dates back to 1960.

And on the back of the deficit, the rolling annual traded deficit for the 12 months to February came in at a touch under $8.4 billion - a new all time high. A year ago the annual trade balance was standing at a surplus of $2.4 billion.

The deficit for the month was just under $385 million, which headed off the biggest previous February deficit of $374 million recorded in 2006.

And while February trade deficits are by no means unheard of, over the years its tended to be a month where our export values exceed import values. In February 2021 there was a trade surplus of $205 million, while in February 2020 the surplus was just over $550 million.

Stats NZ said that exports were up to all our top trading partners. Imports were too though.

Also contributing strongly to the rise in imports value was mechanical machinery and equipment, which rose $181 million (32%) compared with February last year, to $745 million.

On the exports side, milk powder, butter, and cheese (our largest export commodity group) was the largest contributor to the rise, up $463 million (37%) to $1.7 billion.

Milk powder rose $222 million (30%) in value despite the quantity exported falling 4% - a reflection of the soaring prices.

There was also a strong rise in exports of meat and edible offal (our second-largest export commodity group), which rose $169 million (21%) to $981 million. 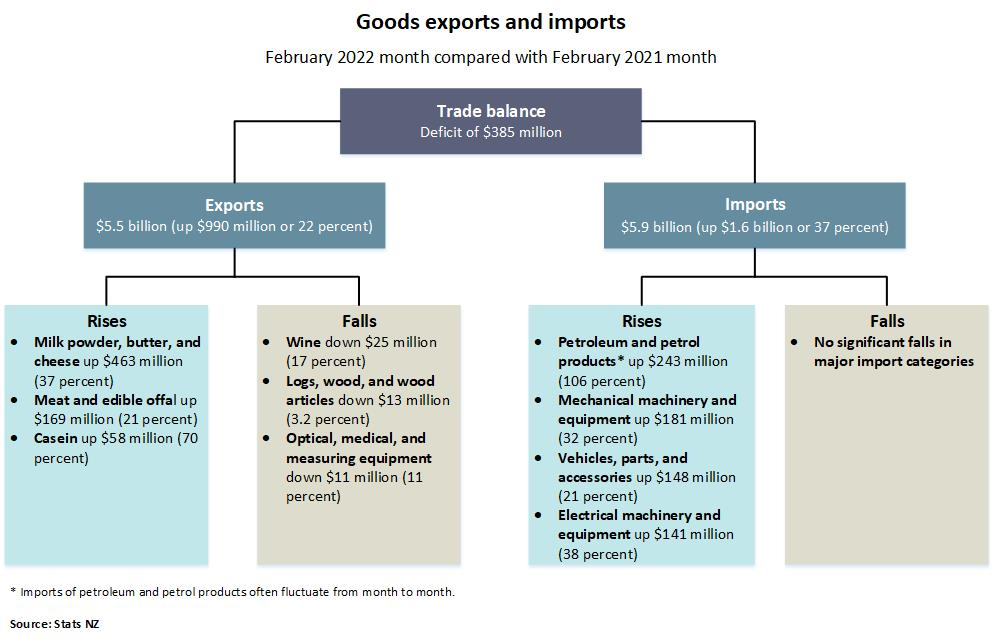 Individual months can be volatile for a range of reasons. Of more fundamental concern is the annual merchandise deficit which has been rapidly increasing  (already a record, with further increases in the pipeline) and the even more rapidly rising external current account deficit (>20 billion over the last year to end of December). The exchange rate is only held up by very large counter-balancing capital inflows.  It is not sustainable.
KeithW

Lots of people in years past have said that about housing in NZ. The story so far would point o us being different.

No I don't believe that either but so far love been dead wrong to my determent.

The exchange rate is only held up by very large counter-balancing capital inflows.

I'm interested in this Keith. What kind of capital inflows are we talking about? I thought NZD might be holding out because the currency is often tethered to AUD directionally as part of being commodity currencies.

J.C.
The net deficit on the external current account has to be balanced by net capital inflows. So we are talking about $20 billion for the last year.   The external current account deficit has roared upwards in the last six months driven by exceptionally high imports. The current account deficit has also been impacted by low receipts from services (primarily tourism and foreign students who study in NZ).   This has been somewhat compensated by Kiwis not being tourists themselves.  But the net figure of $20 billion does seem remarkable to me and clearly unsustainable.

As for where the counterbalancing flow of capital has headed, rather a lot seems to have gone into Government and commercial bonds. Some will be sitting in overnight accounts.  Overall details of the capital flows have not been released yet.  I would be less concerned if I could see evidence that the capital was being used to develop new export earning industries but alas I cannot see much evidence of that as I look around the country.

Yes, there will be some tethering to the AUD but only to the extent we are both commodity economies.  Investors who hope to make money on the currencies still have to make the transfers to bring that about. There are, of course all sorts of derivatives within that game, but somewhere the deals still have to occur with overseas investors (including speculators) buying the currency.

My own assessment is that eventually the money traders will change their perspective and if that occurs then we are in for a rough ride.  I consider it likely that the NZD will depreciate against both the USD and AUD, but I have learned that timing of events is very tricky. And of course it could change if a few billionaires decided NZ was a good place to live given some specific global threats.