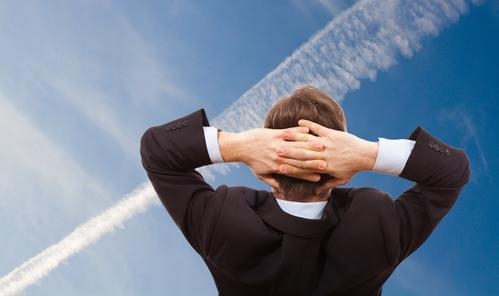 The quickly strengthening economy's got businesses more upbeat now than they've been in just under 20 years, according to the ANZ's latest Business Outlook survey.

ANZ chief economist Cameron Bagrie said a net 71% of firms were optimistic about general prospects – the highest reading since March 1994.

Firms’ activity expectations regarding their own business (+59) rose to the highest reading since June 1994.

Expected profitability (+45) is the highest since April 1994.

A net 32% expect to be hiring more staff – the highest reading since December 1992.

Investment intentions (+35) are the strongest since March 1994.

Bagrie said the results were strong despite "headwinds" from an elevated New Zealand dollar and the fact that a net 90% of respondents expect higher interest rates over the year ahead.

"With a net 33% of firms expecting to raise prices and inflation expectations now trending up (2.6%, off a low of 2.2%), and pricing intentions in the construction sector the highest since 1992, the [Official Cash Rate] is set to move higher. We’re on notice."

Bagrie said the economy would surge in 2014 "if readings from our composite growth indicator manifest into economic growth – which has historically been the case".

He said the composite growth measure was signalling the potential for 6% growth, and survey results resembled New Zealand in 1994 when 6% growth was achieved.

"Nonetheless, we think New Zealand is comfortably on course to bank two-thirds of the growth rate implied by our composite growth indicator. That means 4% growth (and 6% in nominal terms).

"That’ll be good enough to propel New Zealand to the Top of the Pops – topping the OECD growth stakes – so-called “Rock Star” status."

But he warned that today’s star could easily be tomorrow’s one-hit wonder.

"This growth will get us on track to improve our placing in the OECD rankings. But we need many more years of solid gold economic growth – underpinned by ongoing productivity improvements – to secure our place in the rock and roll Hall of Fame.

"We’re topping the charts while a host of yesterday’s rock stars are in rehab. That’s all very nice, but not the stuff of which legends are made.

"The New Zealand economy is going through a material transition – probably one of the most significant in fifty years.

"Real GDP per capita is only marginally above levels seen in 2007; the Rock Star is on a come-back tour after falling off the charts.

"Transitioning from legacy (fixing a weak balance sheet) to opportunity (earning more dollars than we spend) is occurring amidst the demands of rebuilding our secondlargest city, housing shortages in our largest city, and an overvalued currency. That’s a medley fraught with frictions and tensions. It’s a long way to the top if you want to rock and roll."

Confidence is not reality.

And I really though Bagrie was better than that.

We are doing better that the rest, becasue we produce food, and have a less-raped environment to extract from, with less people doing it. We are still going backwards on every indicator, though. Which just means the others are doing it worse.

Confidence in what? Fonterra and the Chch rebuild?
New smart businesses?
Regional development?

Confidence or hope that the USA has a genuine recovery? That EU recovers? That China keeps their command economy going fast?
A survey is so unsubstantiated.

Although this is an NZ survey, the result reflects the feedback from Sydney business people around me (IT and commercial real estate).  They are busy (in a good way), hiring staff and commenting how hard it is to find good ones and it no longer feels like a recession.

Its amazing isn't it. Christchurch gets wiped out over a couple of years and confidence takes a big hit, no surprises in that. Now that its being rebuilt, confidence is improving, but that's now a surprise and something to complain and scoff about ? ...it suggests a hell of alot about the people on this website of that attitude.

Perhaps we might see investment lead growth in the economy rather than households. The credit growth numbers out today show that to be the case. A rebalancing from households to business would be welcome.

MikeM : Take a drive around Christchurch , or around any of it's satellite towns , and you'll be impressed by the hive of activity .... not just housing developments on a remarkable scale , but new industrial complexes too ...

... infact , it's a pleasure to witness so many " Help Wanted / Hiring Now " signs outside of prosperous enterprises .... Been a long time since we've seen the worker/employer balance of power tilt back towards the staff !

The only cloud on the horizon is the pork barrel politics of the election .... just how much Green-Labour and the Gnats want outbid each other in an attempt to bribe the electorate with another swathe of idiotic tax & spend policies ...

Life in Godzone is good , friends , and getting even more gooder by the day !

Speaking of gooder, the people of ChCh were out this weekend celebrating their good fortune at Dramfest 2013.