RBNZ mum as banks withdraw from remittance providers due to AML; Department of Internal Affairs advising remitters to talk to Ombudsman, Commerce Commission 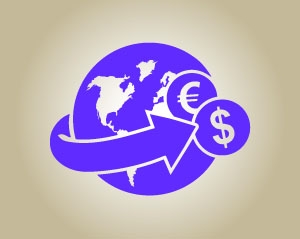 New Zealand banks are pulling back from providing banking for remittance service providers due to concerns over potential breaches to anti-money laundering laws.

"We’re aware that one of the consequences of banks implementing the law is that some customers providing money remittance services have had their accounts closed. Money remittance services to some countries may not comply with the anti-money laundering law. This is because the parties at both ends of the transaction cannot have their identities verified. This remittance issue has been identified in several anti-money laundering compliant countries," Hope said.

"It is essential that the bank is fully compliant with the (AML/CFT) legislation," the Kiwibank spokesman said.

A BNZ spokeswoman said her bank has withdrawn banking facilities from a small number of remittance businesses in accordance with its obligations to comply with the AML/CFT Act.

"Where possible we try to work with these customers to move them onto a system that is compliant with the legislation. Essentially this enables us to provide a trail of funds being transferred from the original source, ie our customer’s customer, to the final recipient. This is a key requirement of the Act," the BNZ spokeswoman said.

And a Westpac NZ spokesman said; "As a consequence of a changing global regulatory landscape and our own compliance requirements, Westpac New Zealand Limited is in the process of reviewing its provision of remittance facilities to money services businesses."

Some banks on both sides of the Tasman have adopted the view that the costs and perils of complying with anti-money laundering and countering the financing of terrorism laws are too high and risky to justify continuing with remittance business, as highlighted by interest.co.nz in September.

However, Australia's anti-money laundering regulator, AUSTRAC, last week told banks curtailing dealings with remittance service providers they should be able to manage such customers. AUSTRAC's statement came as nearly 20 remittance providers joined a Federal Court class action against Westpac after the bank indicated it was set to become the last of the big four banks to shut down remittance providers' accounts.

Here, the Reserve Bank supervises banks under the AML/CFT Act and the Department of Internal Affairs oversees remittance service providers.

Asked about the remittance issue, banks and the AML/CFT Act, a Reserve Bank spokeswoman told interest.co.nz; "The Bank has no comment to make on this issue at present but is considering making a statement in the near future."

The Department has no statutory power to direct banks to accept a person or entity as a customer, with the account a contractual arrangement between the account holder and the bank that can be terminated at the discretion of the bank at any time, the spokesman said.

"The Department has advised remittance service providers affected by this to raise their issues through the following channels where appropriate: The Banking Ombudsman, the Commerce Commission, or their bank's own complaints service," the spokesman said.

"We have also advised remittance providers to meet with their bank and discuss their situation, and to provide the bank with information about their compliance with the AML/CFT Act. However, the decision to close or open accounts remains at the discretion of the bank."

"The three supervisors are aware of the issue and are assessing the impact with respect to the sector and entities they regulate. As mentioned earlier we do not have the statutory power to direct the banking sector to accept or reject any part of the sector operating bank accounts," the Department spokesman said.

'Banks should be able to manage high risk customers'

In its statement AUSTRAC, which is Australia's sole AML/CFT regulator, said funds flowing through the alternative remittance sector represent the primary source of income for millions of people around the world with many Australians utilising such services to send money internationally at low cost.

It also noted a number of Australian banks had ceased providing banking services to alternative remitters in response to concerns about the perceived reputational, money laundering and terrorism financing risks associated with the sector. In some cases such decisions were related to requirements imposed by international correspondent banks, AUSTRAC said.

The Australian regulator went on to say remitters represent varying degrees of risk to banks, but banks should be able to manage these.

"With appropriate AML/CTF systems and controls in place, banks should be able to manage high risk customers, including alternative remitters."

"AUSTRAC will continue to work with alternative remitters and banks in conjunction with other Government agencies to address the complex set of issues underlying this problem."

The NZBA says when a customer is sending more than $1,000 overseas, their bank needs to collect detailed information about the customer sending the money, and at least the name and account number (or a unique transaction reference) for the recipient. When a customer is receiving more than $1,000 from overseas, their bank needs to be satisfied it has enough information about who has sent the money.

Thus Hope said under the AML/CFT Act banks are required to collect the following information when customers are sending money overseas;

(a) The originator’s full name;

(b) The originator’s account number or other identifying information that may be prescribed and allows the transaction to be traced back to the originator;

Hope said remittance and the AML/CFT Act is one thing that could be included in a public awareness campaign run through the Ministry of Justice to boost understanding of how anti-money laundering laws affect bank customers and the public in general.

Two versions of this story were first published in our email for paying subscribers last week. See here for more details and how to subscribe.