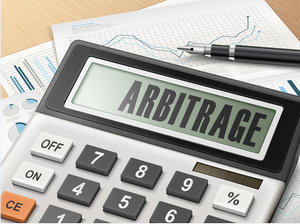 The four entities tasked with upholding New Zealand's anti-money laundering law should team up to close off the law's obvious arbitrage opportunity by stopping financial services companies that only have clients overseas from being able to sidestep the law, a leading lawyer says.

As first highlighted by interest.co.nz in August 2013, guidelines on the territorial scope of the Anti-Money Laundering and Countering Financing of Terrorism Act (AML/CFT Act) say; "an entity incorporated or formed in New Zealand, which carries on financial activities wholly outside New Zealand, will not be a 'reporting entity' under the AML/CFT Act."

Lloyd Kavanagh, a banking and financial services lawyer and partner at Minter Ellison Rudd Watts, told interest.co.nz "fixing the disconnect" should be relatively straight forward because there's no need to amend legislation or regulations.

His comments come after Vivier and Company, an offshore operating NZ registered financial services provider that the Department of Internal Affairs (DIA) deemed to be operating outside the AML/CFT Act, won a High Court case thwarting the FMA's attempt to kick Vivier off the Financial Service Providers Register (FSPR).

Numerous other entities also slip through this AML/CFT crack including Breder Suasso, which featured in two recent interest.co.nz articles.

The Ministry of Business, Innovation and Employment runs the FSPR, and is reviewing it having noted a large number of offshore financial service providers have misused it. MBIE provided Minister of Commerce and Consumer Affairs Paul Goldsmith with a report on "the operation of the registration part of the Financial Service Providers Act" in August. An MBIE spokeswoman said this was a scheduled five-year review and would be publicly available soon.

Kavanagh, who said he has no knowledge of, or view about the integrity or otherwise of Vivier, said this "gap" in the AML/CFT Act could easily be rectified. And, at least in the interim, it could be done easily because there would be no need to amend legislation or regulations.

All that is necessary, Kavanagh suggested, is for the Ministry of Justice, which is responsible for leading the development of NZ's AML/CFT policy, and the three entities that supervise compliance with the AML/CFT Act being the Reserve Bank, FMA and DIA, to agree on and issue updated territoriality guidance replacing the current guidance. This would need to make it clear that if an entity registers as a NZ financial service provider, it needs to comply with NZ's AML/CFT Act, even if all its customers are outside NZ.

"I think we need to make up our minds in NZ what we're doing in this area and what we want. We're trying to have a number of regimes that haven't really been fitted together very well and therefore are creating these arbitrage opportunities and ambiguity as to whether its acceptable to provide services from a NZ base to overseas customers. At least to some degree, in the short-term at least, the position could be helped if the relevant AML-CFT supervisors would review and reissue their territoriality guidance. That does not need a change to legislation. Because essentially the DIA position referred to in Vivier v FMA is based on the existing official guidance which says 'so long as all your customers are overseas you don't need to comply with NZ AML/CFT.' My view is that creates the gap in the regime," said Kavanagh.

"It would be better if the AML/CFT regime said 'if you are going to be on the FSPR and operate from a NZ base then you're going to have to comply with the NZ AML/CFT regime, unless some other exemption applies.' And you could imagine there might be exemptions if you had a branch of an overseas financial institution that was complying with some other equally rigorous overseas regime, for example, that might be a good reason."

"But simply because the customers are overseas doesn't seem to me a good reason to say it's outside NZ's jurisdiction when the entity has chosen to come here, be incorporated here and register on the FSPR. One of the purposes of the Financial Service Providers Act, which is clearly set out in the Act, is to help NZ meet its FATF obligations," Kavanagh added.

FATF is the Financial Action Task Force, which is an inter-governmental body established by the Group of Seven that sets policies and standards on anti-money laundering and combating terrorist financing.

Kavanagh said he didn't agree with the view that any entity registered on the NZ FSPR should have to offer services within NZ, which would mean the entity would have to comply with other NZ laws targeted at domestic financial service providers. He questions whether  any other "export sector" is required by law to have NZ customers first.

"If you changed the rules to say these people need to find one NZ customer in order to bring them into the NZ regime then the question will depend on what sort of customer is it? Is it a wholesale customer or a retail customer? And therefore how does the NZ regime then apply? I think it would simply create another round of anomalies where you'd have FMA trying to investigate how many NZ customers you needed to have and what types they needed to be," said Kavanagh.

Kavanagh, a former member of the Securities Commission, argues there are plenty of existing tools in the Crimes Act and the AML/CFT Act that, if applied, should discourage those who operate without integrity.

"The more complexity you create in the rules the more loopholes people will find and the more stress they will put on them," he said.

Kavanagh's recipe for combating damage done to NZ's reputation overseas by misbehaving financial service providers, such as Euro Forex which is under investigation by City of London Police, involves just two steps.

"1) If you sign up on the FSPR then you should be signing up to have NZ AML/CFT done and we expect you to comply. Frankly if the supervisors apply that reasonably and vigorously then you will allow the good operators to stay because they want to do proper know-your-customer anyway. That also allows the AML/CFT supervisors to monitor the business to see that it operates with integrity."

"2) Entities registered on the FSPR, should clearly and accurately have to describe both on their websites and publicly, what their status is. Which is you can say you're 'licensed in NZ' if you are, and if you're not, ie you are only registered, then you have a statement saying 'not licensed in NZ and not subject to supervision or oversight.' And then the market internationally can respond."

'Go back and do it again properly'

"The law requires government agencies to put the concerns they have to the people fairly and squarely before making a decision, allow them the opportunity to respond, listen to the response and then and only then make up the agency’s minds. And it seemed to me what Justice Brewer is saying was that FMA hadn't done that in this case. That in his view they didn't give Vivier the required opportunity to address the issues and that's why he overturned FMA’s decisions and essentially said 'well, if you want to do this you have got to go back and do it again properly'," said Kavanagh.

Interest.co.nz's February story on Vivier, cited in the court case, highlighted that the DIA had determined Vivier was "currently not captured by the AML/CFT Act."

Justice Brewer's judgment said the New Zealand Police Financial Intelligence Unit had registered Vivier as a reporting entity under the AML/CFT Act. The judgment also referred to a conversation between Vivier's executive chairman Michael Hart and Stephen Balmer, compliance officer at the DIA's financial integrity unit, on October 20, 2014. Justice Brewer said Balmer conveyed to Vivier the DIA’s opinion that, if the company was subject to the AML/CFT Act, it was supervised by the Reserve Bank or the FMA.

"Vivier responded promptly to Mr Balmer’s request that he be provided with the company’s Anti-Money Laundering programme. Having reviewed Vivier’s documentation, the DIA passed it to the two regulatory bodies. Nothing had been heard by Vivier from the FMA or Reserve Bank in the six months before the notice of deregistration (from the FSPR) was issued (by the FMA)," Justice Brewer said.

With our three AML/CFT supervisors, there is room for confusion. NZ has taken a different path to Australia which established a single entity, Austrac, solely tasked with overseeing compliance with Australia's AML/CFT regime. However, quite why Balmer might have thought the Reserve Bank could be Vivier's supervisor is a mystery. It's tasked with overseeing compliance by registered banks, life insurers and non-bank deposit takers, of which Vivier is none.

The FMA is tasked with overseeing compliance by issuers of securities, trustee companies, futures dealers, collective investment schemes, brokers, and financial advisers. And the DIA oversees compliance by casinos, non-deposit taking lenders, money changers, and any other financial institutions not supervised by the Reserve Bank or FMA.

*This article was first published in our email for paying subscribers on Thursday morning.See here for more details and how to subscribe.