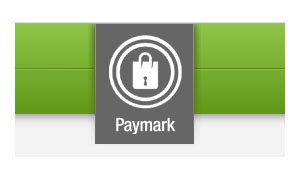 "The shareholders of Paymark Limited announced today (Monday) that they have commenced a strategic review of their shareholdings after receiving interest in the shares. This review is expected to take a number of months. There is no decision to sell the shares at this stage. No further statement will be made until the review is complete," the shareholders said in a brief statement.

Are there any NZ companies that could expand by purchasing Paymark or is it likely to be an overseas buyer?

I think the buyer will be Visa or Mastercard as they have the most to gain.

ETSL is a legacy of Databank and a very hands on central government during the Muldoon era. In the 90s it was a global leader but has gradually lost that position as innovation took off overseas.

It will be interesting to see what commerce commission thinks. Arguably it will give the schemes dominance of the retail payments / merchant market in the short term.

Too date there's been no interchange of EFTPOS so a very cheap solution for merchants. More recently there's been a move to Scheme Debit and a lot of the payment technology like payWave has been on scheme cards.

Then there's the new emerging payments evolving overseas that are taking on the Schemes. Its an excited space.

Makes sense for the banks to exit as they just can't invest enough (or agree amongst themselves) to warrant staying in. They lost their edge a while ago.