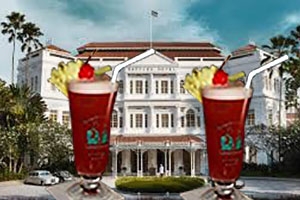 Through partnerships with the major banks, Visa and Mastercard dominate the New Zealand credit card market, which has almost $40 billion of annual credit card billings. They earn fees from the banks who issue their cards, and by processing payments.

The most recent financial statements filed to the Companies Office by Mastercard New Zealand Ltd, for the 2014 calendar year, show what appears to be a rather small business. Mastercard NZ had revenue of just $4.5 million, paid tax of $71,445, leaving profit after tax of just $166,044.

Those don't sound like the sorts of numbers the two companies that dominate NZ's credit card market should be posting.

That's because they're not.

Interest.co.nz asked local representatives of Visa and Mastercard on Thursday and again on Friday which companies actually run their respective NZ payments networks and credit card operations (and thus book the NZ revenue), and which country they are registered in.

A Visa NZ spokesman said, "Since 1982, the headquarters of Visa’s Asia Pacific Region, which includes New Zealand, has been located in Singapore. Our Singapore Asia Pacific headquarters employs more than 1,300 people and provides significant activities and key processes relating to Visa’s core business operations and network payment services provided to Asia Pacific clients, including those in New Zealand. We employ 12 people in the New Zealand office."

“Visa treats its tax obligations seriously and is in compliance with all applicable tax laws.”

The two Singapore parents are much, much bigger entities than their Kiwi subsidiaries. And interestingly, they both have a large number of subsidiaries from a range of different countries, and sweetheart deals with the Singapore taxman.

Visa Worldwide Pte Ltd had revenue of US$2.15 billion for the September 2015 year. It paid income tax of just US$55 million, and delivered a profit after tax of US$1.1 billion. Its principal activities relate to "the promotion of Visa branding in relation to cash payment, network, technology, products and services connecting consumers, businesses, banks and governments across the Asia Pacific region, enabling them to use digital currency instead of cash and cheques."

Aside from NZ, Visa Worldwide Pte. Ltd has subsidiaries in Australia, Hong Kong, Singapore, Indonesia, India, Taiwan, and China, plus "overseas offices" in the Philippines, Pakistan and Myanmar. Thus not surprisingly, its revenue included just over US$1 billion from international transaction fees. It also had US$648 million of data processing fees, and US$903 million of service fees.

Visa Worldwide Pte. Ltd's US$55 million of tax has an interesting breakdown. Its tax calculated at Singapore's 17% tax rate came in at US$198.820 million. But the effects of a "tax holiday" granted by Singapore's Economic Development Board (EDB) provided a benefit of US$194.725 million. Tax from foreign jurisdictions of US$38.446 million, plus a few other bits and pieces, saw total tax come in at just US$55 million.

"The Company has been granted tax holiday status by EDB of Singapore where the qualifying income will be taxed at a concessionary rate up to 30 September 2023, subject to certain terms and conditions," Visa Worldwide Pte. Ltd says.

Mastercard Asia/Pacific Pte Ltd had US$1.73 billion of revenue in 2014. Expenses of almost US$1.5 billion included nearly US$860 million in royalty fees to "intermediate holding company". Its income tax was a mere US$17.4 million, and profit after tax was a shade under US$283 million.

The income tax paid of US$17.4 million included US$9.7 million described as "foreign", and US$8 million in Singapore. So why so low?

"In 2012, the Company received an incentive grant from the Singapore Ministry of Finance, at the recommendation of the Singapore Economic Development Board. The incentive had provided the Company with, among other benefits, a reduced income tax rate of 1% on excess taxable income of a revised fixed base amount commencing 1 July 2013 and continuing through 31 December 2025," Mastercard Asia/Pacific Pte. Ltd's financial statements note.

In 2009, when Visa and Mastercard settled credit card interchange fee legal proceedings with the Commerce Commission, the Commission estimated transactions on the two firm's NZ cards totaled $19 billion in 2004. At that time there were about 2.1 million Visa cards and 900,000 Mastercard cards in use in NZ, giving Visa 61% of NZ credit card billings, and Mastercard 29% of the market.

In comparison to Visa and Mastercard's NZ units, American Express International (NZ) Inc had $75.6 million of revenue for the 2015 calendar year. Income tax of $13.5 million included a $13.3 million provision for a transfer pricing dispute with the Inland Revenue Department (IRD), leaving a net loss of $12.7 million. For the year to January 31, 2013, Diners Club (NZ) Ltd had revenue of $9.7 million and a loss of $4.6 million. Diners Club NZ was bought by The Warehouse from Diners Club Singapore for $3 million in 2014.

Asked about how Visa and Mastercard structure their NZ tax positions an IRD spokesman said, "Due to tax secrecy laws we don’t discuss the affairs of any taxpayer."

According to Retail NZ, the retail trade association, local merchants on average pay a 1.40% fee on credit card transactions. As a percentage of the almost $40 billion of billings, that's equivalent to $559.146 million. Merchants, or retailers, also pay a fee of around 1% on contactless Visa and Mastercard debit card transactions.

Retail NZ estimates local retailers paid $373 million in electronic payments fees to banks and card companies last year, and that this will rise to $711 million per annum by 2024 as Visa and Mastercard contactless debit cards take marketshare from EFTPOS, which is effectively free. (Also see the curious case of credit card interest rates).

The Government is currently considering whether interchange fees charged to businesses should be regulated. This comes after Retail NZ issued a report late last year pointing out that, unlike in most developed economies, there is no explicit regulatory regime covering the costs of payments systems in NZ. Retail NZ also argued there's little transparency regarding fee levels, estimating the hidden cost of payment systems to shoppers is about $380 million a year.

'[Interchange] 'is not revenue to Visa'

For their part, Visa and Mastercard have defended interchange fees, with Chisnall telling interest.co.nz last month interchange provides "enormous value to everyone."

"It guarantees merchants get paid, irrespective of whether cardholders repay their bank, and supports the use of cards which boost retail sales. For consumers, interchange pays for safety and fraud prevention measures as well as the interest free days that so many New Zealanders rely on to pay off their credit card bills," Chisnall said.

“International experience shows intervening in interchange jeopardises these benefits and hurts consumers through higher cardholder fees with no reduction in costs, given the evidence merchants do not typically pass cost savings on to their customers."

“We look forward to an ongoing dialogue with the MBIE [Ministry of Business, Innovation & Employment] and the Government to ensure the best possible settings are in place in New Zealand, settings that facilitate the growth of electronic payments and deliver the best outcomes for the Government, businesses and consumers," added Chisnall.

A Visa NZ spokeswoman, last month, said, “There is no incentive for interchange to be set too high. It is a tool used to bring balance to the payments ecosystem for all parties - issuers, acquirers, merchants and cardholders. It is not revenue to Visa [rather it's revenue for bank card issuers]. Visa is assisting MBIE in its study and welcomes the opportunity for ongoing consultation.”

One sixth of NZ GDP on credit cards!
“only little people pay taxes”; the Queen of Mean.

But hey, lets make sure we put GST on Netflix, because, ya know, that's lost government revenue.

I would guess the low reported revenue of the multinational credit card Companies is relatively easy to explain .

The risk (and reward) is carried mostly by the local Banks who have licencing agreements with Amex, Visa and Mastercard.

Quite simply you are borrowing from ANZ , BNZ ASB etc when you use their big -name branded credit cards , so the profits are accounted for in their financials.

Visa says "Visa is in compliance with all applicable tax laws". I believe that to be true. But also that means it's time for Minister Woodhouse to change the tax law to something reasonable and fair.

I've always wondered how these two aren't the most profitable companies in the world. Clip the ticket on almost every transaction in the world, even if it is a tiny percent, that has to add up to billions. They have to be bigger than apple don't they?

A 0.1 % "stamp duty"on credit card transactions would bring in around $ 40 million. As most foreign purchases such as netflix, ebay etc are paid by credit card , it would be an easy way to tax such transactions.

You mean like a financial transactions tax? If so you are right, that is simplest way to do this, in this online age GST is no longer fit for purpose.

Thank you PocketAces, I guess financial transactions tax is more fitting.I was thinking stamp duty as used to be on cheques, as i fiqured the mechanisim is already in place for that , if no longer used. but i recall that was per cheque, rather than a % , which would be better for this purpose. And yes , I'm thinking trying to collect GST on foreign online purchases is going to be complicated and easily avoided, where is a financial transactions tax would be simple and hard to avoid.