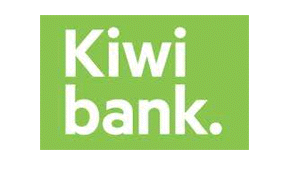 Kiwibank has announced changes to its board following recent shareholder changes.

Rob Morrison, chairman of Kiwibank, and Rhoda Phillippo, deputy chairwoman, have announced their intention to resign from the Kiwibank board effective April 13.

Morrison and Phillippo joined the board in 2011 and 2016 respectively.

They are stepping down following a transition period that saw new shareholders – the NZ Super Fund and the Accident Compensation Corporation – settle their investment in Kiwi Group Holdings Limited, the owner of Kiwibank, in October 2016.

"Under his leadership Kiwibank has become firmly established as a strong New Zealand-owned bank in a sector heavily dominated by Australian-owned banks. It has reported sustained profitability and growth in all key areas of customer numbers, loans and deposits through that time," Kiwibank says.

Susan Macken, a current director of Kiwibank, will be appointed as Kiwibank’s new chairwoman effective April 13. The Kiwibank board will also appoint a deputy chairperson.

Macken was appointed to the Kiwibank board in last year.

An experienced company director, she is deputy chair of urban redevelopment company Tamaki Redevelopment Company; deputy chair of Auckland Council’s urban renewal agency Panuku Auckland; director of the advisory board to The Treasury and chairwoman of Treasury’s risk and assurance committee; and director of leading medical technology company Fertility Associates. She is also the chairwoman of Spa Electrics Pty, an Australian manufacturer and distributor of underwater lighting.