'Investors and customers [should] properly assess the businesses from whom they procure goods or services, and do not presume similar names are necessarily related'

'Investors and customers [should] properly assess the businesses from whom they procure goods or services, and do not presume similar names are necessarily related' 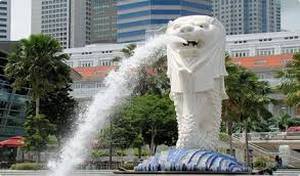 The curious Fullerton Markets is a jersey sponsor of the Hurricanes rugby team and had then-Finance Minister Bill English attend its launch in Wellington last June. Fullerton Markets touts itself as Asia's fastest growing brokerage firm, with its website offering trading in foreign exchange, the derivatives product contracts for difference (CFDs), gold and silver plus crude oil. The website's available in English, Chinese, Thai, Malay and Vietnamese.

Correspondence between Fullerton Markets and Bill English's office obtained by interest.co.nz under the Official Information Act, shows the company saying in January its "FMA application" was "in progress" and "progressing satisfactorily." And Fullerton Markets' website says derivatives are not available to NZ clients until a derivatives issuers licence is obtained from the FMA. But on Monday an FMA spokesman said, “The FMA has yet to receive an application for a licence from Fullerton Markets.”

Meanwhile, Fullerton Fund Management is an asset manager owned by the Singapore government's Temasek Holdings and was incorporated in 2003. According to Bloomberg, at the end of March it managed S$16.5 billion (about NZ$17.2 billion) worth of assets. As of March last year, Temasek - which has been around since 1974 - managed S$242 billion.

Interest.co.nz asked Fullerton Fund Management if it had any link to, or relationship with, Fullerton Markets.

"Our best advice is that investors and customers properly assess the businesses from whom they procure goods or services, and do not presume similar names are necessarily related," Rajan added.

Fullerton Fund Management certainly has a profile in the international financial press. Here's a recent Bloomberg interview with Ong Guat Cheng, the firm's senior vice president for fixed income, about her expectations for US Federal Reserve interest rate hikes.

According to Singh's LinkedIn profile, he was director of training and education at FX Primus from 2010 until 2015. This company's NZ offshoot, Strategic Markets Ltd, was kicked off the FSPR by the FMA in 2015 along with 22 other companies. The FMA has powers to direct Registrar of Companies Ross van der Schyff to remove companies from the FSPR where it is likely that a company is giving a false or misleading impression about the extent to which it's regulated in NZ.

Around the same time the Australian Securities and Investments Commission (ASIC) announced FX Primus had agreed to make changes to its websites and to notify its Australian clients it was not licensed to provide them with financial services. ASIC also said it had raised a number of concerns about FX Primus's initial public offering (IPO) prospectus disclosure with an interim stop order placed on the prospectus to provide time to address these concerns.

The company is the counterparty

Fullerton Markets' order execution policy says; "The Company is always the counterparty (or principal) to every trade; therefore, if the Client decides to open a position in a Financial Instrument with the Company, then that open position can only be closed with the Company."

Methinks that's the Fullerton Hotel in a background of the pic. Fullerton was first governor of the the Straits Settlements. Just the sort of name you would pick up to give some gravity.

It's like finance company naming. Something vaguely evocative of European old money+something implying professionalism and integrity. Choose one from column A and one from column B.

Yep Kakapo. Any pair of real estate agencies could come up with such grand names, put out some pics with a few greek columns, and Bob's your uncle - a commercial hazard.

Shag , that sounds so good , I'd give them my real estate business ... and they only came into existence 7 seconds ago ...

Yes KH, the governor was Sir Robert Fullerton. Detail here http://eresources.nlb.gov.sg/infopedia/articles/SIP_642_2005-01-10.html
I'll add a line in about him.

... and there's a very nice financial journalist on the ABC in Australia ... Ticky Fullerton ... who's probably less than impressed to see these Kiwi wide-boys ( and I use the term in both senses of the meaning ) using her good name in vain ...

And of course there's the well known name from a decade or so ago, Charles Fulton & Co, that previously made me check to see if they were a modern incarnation of that name.

...Mercantile had also acquired rival broker Charles Fulton & Co. but chose not to merge it with its M. W. Marshall & Co. business. Instead it broke up Fulton by permitting the operating companies in the UK, Europe, Middle East and Asia.......