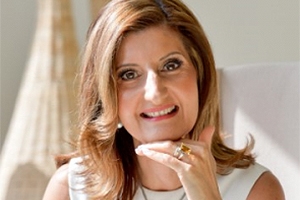 BNZ's CEO Anthony Healy is to return to parent National Australia Bank (NAB) and be succeeded by fellow NAB executive Angela Mentis in a job swap.

NAB made the announcement Thursday morning alongside its annual results. BNZ's September year net profit after tax rose $24 million, or 3%, to $937 million from $913 million the previous year. That's still below 2015's record high of $1.038 billion.

Mentis is currently NAB's chief customer officer in its business and private banking unit. Healy is set to replace her. The appointments require regulatory approval, including from the Reserve Bank of New Zealand, and are scheduled to take effect from January 1.

NAB CEO Andrew Thorburn said it was an exciting opportunity for Mentis, who will be BNZ's first female CEO.

"Having served as a director of BNZ since December 2016, Angela knows the bank and its strategy well and her relentless customer focus will ensure BNZ remains focused on delivering for customers, shareholders and employees," Thorburn said.

She has been in her current role since August last year. Prior to that Mentis held a senior role at NAB Private Wealth. She has also worked for Macquarie Bank, BT Financial Group, Westpac and Citibank. Mentis will be based in Auckland.

Mentis' current role, and Healy's new one, is responsible for leading NAB business, its specialised banking businesses across agriculture, health, government and education, plus business direct and small business, private wealth and JBWere.

Thorburn said it was "an exciting challenge" for Healy as he returns to Australia. Healy joined BNZ as director of the bank's business arm, BNZ Partners, in November 2009. He succeeded Thorburn as CEO in May 2014.

BNZ said as of September 30, its core funding ratio stood at 85.8%, well above the Reserve Bank mandated minimum of 75%. Its common equity tier one capital ratio was 10.65%, above the minimum required 7%.

Over the year to September BNZ's loans and advances rose 7% to $79.441 billion, and its deposits and other borrowings increased 4% to $59.912 billion.

Meanwhile, Thorburn has reportedly told an Australian media briefing that NAB will cut 4,000 jobs, or about 12% of its workforce, by 2020 as it strives to cut costs by more than A$1 billion. NAB will also increase investment by A$1.5 billion over the three years, focused on its business lending operations.

“As we automate we will need less people,” Thorburn was reported as telling media in Sydney. “The reshaping of the workforce is going to be significant.”

NAB said it has established a "best-practice career transition program" called The Bridge, to help staff leaving the bank prepare for the future.

The NAB chart below covers BNZ's marketshare in key segments of the banking market.

So Tony goes to Melbourne to do her job, and Angela comes to Auckland to do his...and profits are 'only' up 9%....someones not lived up to their job to expectations....?

Full article from behind the paywall here:
https://www.reddit.com/r/newzealand/comments/7a7i7g/apostasy_in_new_zea…

It makes a good case that most of the unrest we're seeing today in Western nations is resulting from the hollowing out of the middle classes' wealth and opportunity, with these folk seeing little of the 'growth' that's accruing primarily to the few with existing capital, while middle class populations in developing countries are seeing much more of the growth.

So while those born earlier have done alright out of things, the young aren't getting a great deal. Especially in the US, obviously - but it's becoming apparent in New Zealand.

I haven't gotten to the chapters describing possible solutions yet (assuming they're there).

"National Australia Bank to cut 6,000 jobs as it moves to reshape the bank for a digital future." That's BNZ's parent of course.....

It always pays to focus on your target, aim small hit small.

The cashless regime is becoming closer each day,with a number of countries in seriously debating the possibility. The front line of banking may well disappear. The cyber penetration will only increase, the crims must be rubbing their hands together.

Can we ask executives to say something more meaningful than "...focus on the customer..." It's been done, every business realises they are in competition for customers in 2017. "Customer focus" isn't a strategy and it's unlikely to substantially differentiate one business from another in that industry. Is this executive just another pleasant journeyman with a safe pair of hands or someone who has ambition to persuit opportunities that may substantially move the needle? As investors we can take a bit of rough handling for someone truly special.