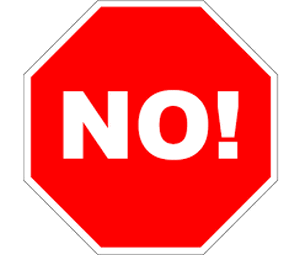 The rejection comes after ANZ announced in January it had agreed to sell plant, equipment and vehicle financier UDC to HNA for NZ$660 million, pending OIO approval.

In a statement attributed to Lisa Barrett, its deputy chief executive for policy and overseas investment, the OIO says it has declined the application because it "did not determine who the relevant overseas person was" based on the information provided about ownership and control interests.

"The OIO was therefore not satisfied that the test in section 18 of the Overseas Investment Act 2005 was met," Barrett says.

"The decision was delegated to the OIO as it involved significant business assets only. TIP-HNA New Zealand Holdings Limited is able to apply to the High Court for a judicial review of the Overseas Investment Office’s decision. Copies of decision documents will published on the OIO website early in the New Year," says Barrett.

HNA, which has been on a massive global debt-fuelled acquisition spree, has become the subject of intense speculation over its ownership, who actually controls it and the sustainability of its debt position. HNA had planned for its subsidiary TIP Trailer Services to oversee UDC if the deal went ahead.

The protracted nature of the attempted sale has seen ANZ become the primary source of funding for UDC after depositors collectively withdrew over $550 million from UDC over the past year. In the meantime ANZ has advanced a further $790 million to UDC, with the bank's ANZ's available credit facility to UDC increased to $2.7 billion.

“If the sale does not proceed, we’ll assess our strategic options regarding the future of UDC. It’s a great business and there is no immediate requirement to do anything, particularly given the strength of ANZ’s capital position," Hisco says.

“UDC continues to be a highly profitable and strong business, with great staff and customers, and a growing loan portfolio across a range of industries."

And in a brief statement an HNA spokesperson says; "We are disappointed by the OIO’s decision and find it inconsistent with the views of other regulators around the world that have recently issued approvals to HNA and other Chinese investors. The current political environment in New Zealand relative to foreign investment will play a significant role in our determination of next steps."

ANZ Bank Group Executive and New Zealand CEO David Hisco said: “While the sale agreement between the parties remains in place, unless HNA successfully overturns the OIO decision, the sale will not proceed.

“We don’t know if HNA will attempt to overturn the decision.

“If the sale does not proceed, we’ll assess our strategic options regarding the future of UDC. It’s a great business and there is no immediate requirement to do anything, particularly given the strength of ANZ’s capital position.

“UDC continues to be a highly profitable and strong business, with great staff and customers, and a growing loan portfolio across a range of industries.

“UDC’s focus remains on its core business of financing vehicles and equipment for people and companies across New Zealand. So, it will be business as usual for our staff and customers.”

This OIO decision has no impact on the recently announced AU$1.5 billion on-market buy back of ANZ Banking Group shares. The UDC transaction proceeds are equivalent to 10 basis points of APRA Common Equity Tier 1 capital. If the transaction does not go ahead, ANZ’s full-year 2018 earnings will no longer be adjusted for the sale. The transaction summary detail was included in the ANZ Banking Group News Release of 11 January 2017.

Yeap, ANZ will now have to suck in this unwanted lemon and most likely inject more cash just to keep it from going completely rotten in the coming slowdown. History has its lessons - Westpac paid dearly with AGC.

Not suggesting that this would ever "break" ANZ of course but would it be any different this time with the possibility of amassing non performing loans? The point is, ANZ wants to sell this "mature" extremely profitable asset NOW.

given that anz supplies all the funding, isn't a $60m profit, actually a $60m loss from anz perspective.

Or to put it another way, anz could engineer whatever profit they wanted from UDC by setting the rates it lends to UDC. Lend to it at negative 5% and watch it's profits soar!

Until recently most of the funding was ma and pops. So $60m wasn’t a bad roi. Since the HNA announcement debenture holders have departed in droves. And quite rightly so.

Good riddance. As the FT reported, Nov 29th, '...questions over the group’s ultimate ownership and the creative financing tactics used to fuel its dealmaking have caused it problems when seeking to work with international banks and also raised issues with regulators abroad and in China. S&P cut HNA’s “group credit profile” on Wednesday, which, while not a formal credit rating, implies that the company’s creditworthiness is deeply into “junk” territory. The agency flagged HNA’s “aggressive financial policy” and the growing risk of “tightening liquidity”.

Nikkei Asian Review, Dec 7th, “Chinese conglomerate HNA Group is facing a host of financing and legal issues as its aggressive global buying spree backfires.In addition to its offshore credit rating sinking deeper into junk territory, the privately held company, which has spent at least $40 billion buying assets around the world, is reportedly being probed by multiple overseas regulators.
Germany's financial watchdog Bafin is investigating whether the Hainan-based company had accurately reported its holdings while building a 9.9% stake in Deutsche Bank, according to a report by Bloomberg.
The query was prompted by a disclosure of the Chinese company's shareholding structure in July, which claimed that its biggest shareholder was a nonprofit entity based in New York -- an organization that sprang into existence only last December.
Bafin's examination follows the Swiss Takeover Board's ruling on Nov. 22 that the Chinese company had provided false information when taking over Zurich-based airline caterer Gategroup Holding, which HNA is looking to spin off in an initial public offering."

And Bloomberg News, Dec 19th, "Concerns about financial strains at HNA Group are growing after a debt-fueled $40 billion acquisition spree across six continents that invited scrutiny from regulators across the globe. HNA units stepped up bond sales in the onshore market from last month, swallowing rising yields amid a broader debt market selloff. In another recent sign of strains, Citic Bank Corp. said over the weekend that a unit of HNA Group is having difficulty repaying certain short-term debts.
HNA’s interest expenses more than doubled to a record 15.6 billion yuan in the first half from a year earlier, according to data compiled by Bloomberg. Its short-term debt expanded to 185.2 billion yuan, exceeding its cash-pile."

This is the face of Chinese capitalism. And we don't want it dragging New Zealand into its coming chaos.

The attempted deal is also an astonishing insight into ANZ's concern for maintenance of UDC's reputation, financial probity and the well-being of UDC's customers and relationships.

oh no, someone missed their christmas bonus

This is good news for us in the long run .

My (personal ) take on HNA Group it is that is fundamentally a shonky quasi -state owned enterprise, run on the lines of a bastardized version of a blend of a Corporate Raider and private -equity ( in this case state equity) setup .

We would undoubtedly be faced with a major foreign investor who would try all manner of creative accounting to pay little or no tax , and declare dividends to the parent that are out - line with profits, and that would be just for starters.

There was no altruistic motive in this proposed investment , and we did not expect one , but we do expect honest and fair business practices .

So the OIO has done us a favour and prevented the prospect of an AUGEAN STABLE before it even became one.

So the OIO is blocking Anz an overseas owned business and no doubt selling at their request,from selling UDC to an overseas company.
Hmmmmmmmmm

@ng Dont be outraged , I think the OIO has done us a favour , even if some regard UDC as a lemon , it has a good quality loan book in NZ and is a conservative lender .

It fills a gap in the plant and earthmoving machinery and vehicle finance space that mainstream banks dont all play in .

And we need the competition in this sector among lenders

Keeping it close is a good idea

".. selling UDC to an overseas company"

To an overseas government.

UDC is however a NZ company, hence the OIO has jurisdiction. Given the somewhat questionable nature of HNA I cant quite see any grounds for objecting to the block myself. ANZ meanwhile wanted to bailout of a "great company" which leaves me wondering why, I mean really why, being a fly on the wall would be fascinating sometimes I think.

Say NO to the Chinese - that's what we do best!

Unless we are selling them houses in DGZ zone

Sir John will find someone else in China to flog it off to!

Not to worry,The CCB has become the 25th lender to be registered to provide banking services in NZ.Maybe they can buy UDC.
CCB......China Construction Bank Corp.

No surprise the OIO can't work out the ownership. We probably don't know who owns half of the houses bought by foreign buyers either.