Alex Ross finds that a rising Chinese yuan is keeping the NZD competitive in the China trade. But can it last? One big bank is now shorting the NZD

Currencies
Alex Ross finds that a rising Chinese yuan is keeping the NZD competitive in the China trade. But can it last? One big bank is now shorting the NZD 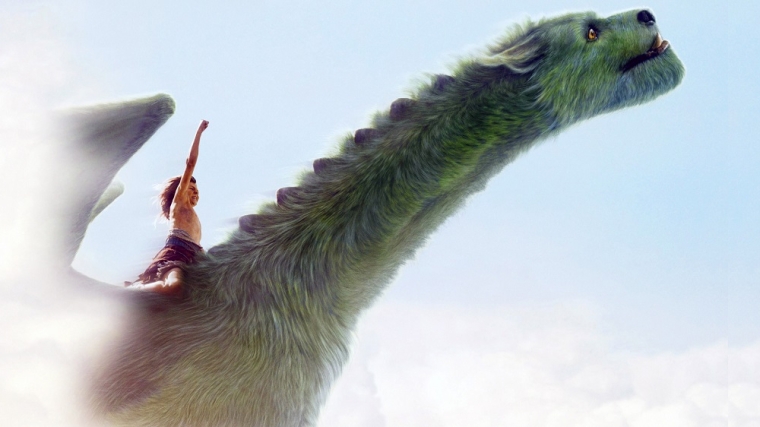 If you think 2020 has been the weirdest of your life thus far, strap yourself in, you ain’t seen nothing yet.

If last week’s US presidential slanging match wasn’t one of the more bizarre political debates you’ve seen, then President Trump’s declaration that he now has COVID-19 should be enough to convince you that November’s contest is certainly set to make it into the pages of Ripley’s Believe It or Not. And we’ve still got 29 days to go.

Normally national elections are not global events. But the US Presidential Election is a one-in-four-year exception. The US Dollar is involved in nine out of 10 currency transactions worldwide. US stock markets set the tone for the rest of global equities. On Friday night, we saw a rather muted currency reaction to President Trump’s tweet, but sentiment is uncertain - what comes next is anyone’s guess.

The yen pairs especially remains highly sensitive to the sudden shifts and turns of this electoral race. Odds for a Trump re-election have been declining but they followed a similar trend back in 2016. We still think currency markets are significantly discounting the prospect of a disputed result, and that remains a major risk for NZD/USD and NZD/JPY as we head into November.

Last week we foreshadowed how recent Chinese Yuan strength hasn’t been reflected by many of its Asian neighbours. Today we revisit that theme – and a quick look at a rebased chart of Asian-Pacific currency performance from the past week confirms the offshore Yuan (CNH) is now performing more like the New Zealand and Australian Dollars.

Over the past seven days the AUD and NZD rebounded by around 1.3%, closely followed by the CNH up 0.9%. The best of the rest was a weak 0.3% uptick from the THB. The economic recovery in Asia is, like in so many other geographies, a two-speed recovery. We think a vaccine will significantly assist the more ravaged Asian economies and currencies, but until then, expect divergence between the CNH and the rest to continue.

The other facet of this analysis is the growing influence that the Chinese Yuan is having on both the Aussie and New Zealand Dollars. A stronger Yuan gives better purchasing power for our key exports and in-turn is strengthening our terms of trade and currencies alike. Last week’s strong Chinese PMI activity was largely glossed as a key element in the AUD and NZD outperformance. The manufacturing PMI mildly beat expectations at 51.5, but it was the strength in the non-manufacturing sector (55.9 v 54.7 expected) that really caught our eye.

Beneath the surface though, we noted that the PMI for the domestic steel industry came in at a lowly 43.9 for September, marking the fourth straight month of declines, and now lies well below the 50 neutral line between expansion and contraction. That should be a warning sign for both iron ore prices and the AUD. 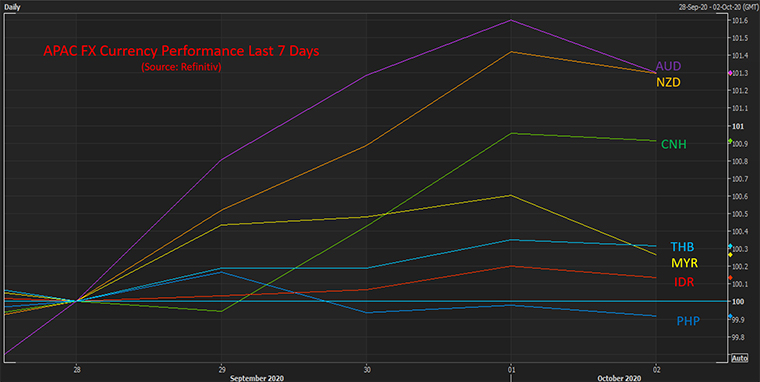 Focus on Australia this week

A series of European services PMIs and Eurozone retail sales reports kickstart the data calendar this week. However, the twin bazooka of a Reserve Bank of Australia meeting combined with a delayed Federal annual budget release out of Australia tomorrow are our main focus to start the week. There has been plenty of speculation that the RBA might move on rates to 0.10%, and while that seems inevitable, they might just want to have a look at what Treasurer Josh Frydenberg delivers tomorrow night before moving in November. We’re not sure where that leaves the Aussie Dollar, given we think the RBA will be rather downbeat anyhow, but perhaps it might put a little dent in NZD/AUD if they do hold.

Overall, risk sentiment and the US Presidential Election will be the major driver again this week. Japanese Bank MUFG has actually called a short on NZD/USD as their trade of the week, looking for “a target of 0.6300” based on “the premise that risk appetite is fragile and that a broad correction in risk would see NZD under-perform”. Given we are only 2.5% of the 2020 highs, but a whopping 19% from the lows we are inclined to agree that the balance of risks remains skewed to the downside, at least until the uncertainty around both our local election and the US presidential race is resolved.

What's the point of the graph in this story? It has no title, no axis labels and no legend ... lots of pretty colourful lines though!

Might be your browser - plenty of detail visible using Chrome

Which bank is shorting NZD?

From the article is MUFG Bank, Japan largest bank.. my guess is their FX trading div. that downbeat forecast for NZD/AUD - due to heavy piggy back to Yuan? - three of Japan largest banks merge into that MUFG in early 2006. - could be their OBR version back then?

I was wondering that too.

From MUFG; “The RBNZ we believe remains more likely to implement further easing than most other G10 central banks and is already due to launch a Funding for Lending Program that will be up and ready to run by the end of the year. The futures market in New Zealand does not anticipate any quick shift into negative rates territory or any action to intervene directly to lower the level of NZD. Indeed, the improvement in risk this week has seen the futures market price less probability of rate cuts by the RBNZ. However, today has seen some shift back in rate cut expectations and if that extends into next week we would expect NZD under-performance.”