A mix of black and blue skies lie ahead for the FX market after Biden takes the White House, and rising COVID-19 cases in Europe

Currencies
A mix of black and blue skies lie ahead for the FX market after Biden takes the White House, and rising COVID-19 cases in Europe 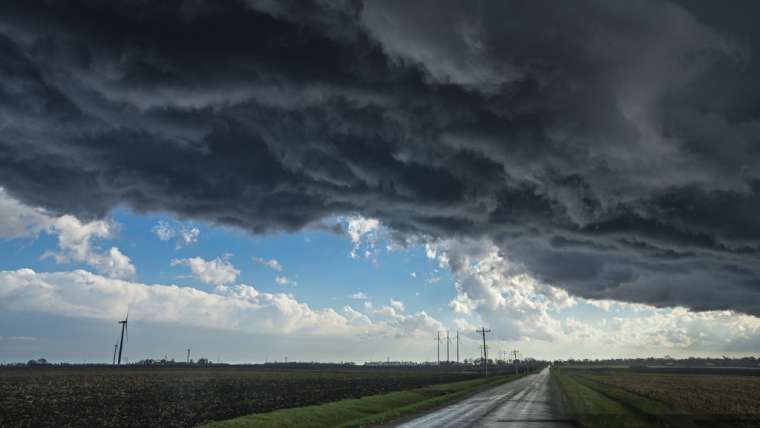 2020 hasn’t been your typical year. This US election will go down in history - as one of the closest and most controversial.

For weeks we’ve flagged the prospect that this ballot would be disputed, and while Biden will take the title of Presidency, the margins have still been razor thin. That comes despite a record turnout in voters, making for the highest percentage participation seen since 1900.

On the surface, that suggests democracy was the winner on the day. But, if anything, it just underlined how divided the states of America has become.

That division is likely to weigh on the US Dollar in the months ahead. And while our political outlook may have been close to the mark, our FX outlook was far from it. It would seem stocks and risk currencies are looking at the prospect of a long drawn-out court battle, and like the eclectic mix of a Democratic President and Republican Senate. We’re damned if we can figure out why.

Perhaps the only piece that makes sense is a weaker Greenback. If the split power in the Senate and House can’t agree on another stimulus package then the heavy lifting will be left to the Federal Reserve, and when a central bank starts to add weight to their dumbbell then ultimately their currency will suffer.

Asian FX certainly moved into the black last week, buoyed by its relatively good virus management (in most parts) and the removal of Trump’s trade war threat.

The safe haven Japanese Yen benefited as both a pre-election hedge and through Dollar weakness, gaining 1.3% on the week, and closing below the key 104 handle for the first time since the COVID crash in March.

The Chinese Yuan and Korean Won also posted gains of 1.2% on better than expected data. China’s stunning October export growth (up 11.4%) should continue to assist its currency early doors this week.

Lingering over last week’s market exuberance, however, is the growing COVID-19 case count globally. In Asia, that weighed on the Indian Rupee, which barely moved against a backdrop of Dollar weakness. While Eastern Asia is faring better than most, we think that in a currency sense it may start to feel some of the pain, should market participants put the US election behind them and start to focus back on the fundamentals.

With US COVID-19 daily cases hitting record numbers, and  Europe in a very similar position, we’re seeing second lockdowns slowing global demand and that will surely start to dry up key Asian exports. Yes, the pro-cyclical weak Dollar story lingers but if the globe takes a step back over the northern winter (which we think it will) then that’s likely to buoy support for the Yen, Swiss Franc and US Dollar on a safe haven bid in the next few months.

Blue or black skies for Kiwi?

The recent strength of the New Zealand Dollar is likely to be a hot topic for the RBNZ when it meets this week.

Technically the Kiwi looks set for a breakout above 0.68, but if the RBNZ stick ‘the Orr in’, so to speak, it might end up being more of a fakeout. We’re expecting more QE, an expansion in their Funding for Lending programme - but will they go negative on rates?

An unemployment rate at 5.3% and inflation at 1.4% suggests they need go no further. Of course, the issue of rising house prices is another factor they need to consider. Based solely on their twin mandate though, they should be less pessimistic than previous meetings and that can be Kiwi supportive. However, it’s important to remember that this is the new Orr-led RBNZ we are talking about  and they’ve shown every sign that they are willing to go down the path of least regrets when it comes to monetary stimulus. As we’ve said before, this might end up being the path of most regrets in years to come, but for now you have to look at this meeting practically.

As an importer or exporter, the risks have to be skewed towards a negative NZD reaction. This is still 2020, and like an Auckland sky over Spring, you can often get blue and black in the same day, or rather in the FX world, just black and blue trying to predict it.

The above....is the kind of rational conversation that the 7 am Monday morning meetings in the dealing rooms across the county need! The most salient point?

this is the new Orr-led RBNZ we are talking about and they’ve shown every sign that they are willing to go down the path of least regrets when it comes to monetary stimulus. As we’ve said before, this might end up being the path of most regrets in years to come

There's no 'might' about it. Unless we get our act together, and quickly, regret, is going to be the least of our problems.
What Orr looks like he's frightened to do, Robertson must.

Well,
It's not going to change anything, but I have written to Orr along these lines. In my view, what they are doing lacks both economic sense and morality. The economic case for negative rates and the funding for lending programme seems to rest entirely on a form of trickle down economics-in this case the 'cross your fingers and hope theory' that confident property investors will spend, spend, spend, But only if the RB keeps trowing fuel on the flames. Actual businesss don't seem to figure very highly in this equation and so for those left behind well-tough. They must just accept being the collateral damage in this game.

The irony being that Property Investors will spend - but only on one Consumption Item; leverage being the only game in town.
Rinse and Repeat, until - Kaboom!
( I have friends who have sold their productive businesses to invest what capital they can rescue from the declining revenue stream, and guess what they did with the proceeds?!)