Alex Ross sees the reflation trade alive and well. But if a return to normality means a withdrawal of artificially suppressed rates and stimulus, will this be positive for the Kiwi in the medium term? Perhaps not

Currencies
Alex Ross sees the reflation trade alive and well. But if a return to normality means a withdrawal of artificially suppressed rates and stimulus, will this be positive for the Kiwi in the medium term? Perhaps not 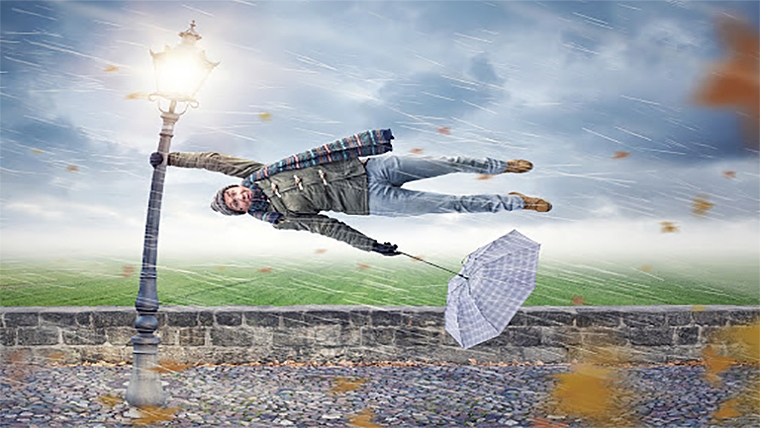 Winds of change - and disappointment

A decade of growth disappointment

It’s that time of the year when we start looking forward to the next, and from the ashes of the last 12 months try to decipher what might be headed our way. Given the year that has been 2020, making predictions for 2021 is no mean feat. But if one looks at markets there are two observations to be made. Firstly, the long bonds, long equities trade seems to be prevailing. Passive investment in lower for longer rates, higher for longer stocks and forever higher property has really dominated the last decade. Sure there was a short period of rising rates in the US, but even that seemed only to exist to bolster ammunition for when the next crisis hit. And that crisis didn’t take long to arrive.

Secondly, and perhaps more importantly, the trend in lower rates and higher stocks seems to have been driven by a consistent underperformance in global growth. And a big reason for that has been decelerating growth in China. Given China is the world’s largest commodities buyer, then it should come of little surprise that commodities hit their nadir (relative to equities) just a few months ago. 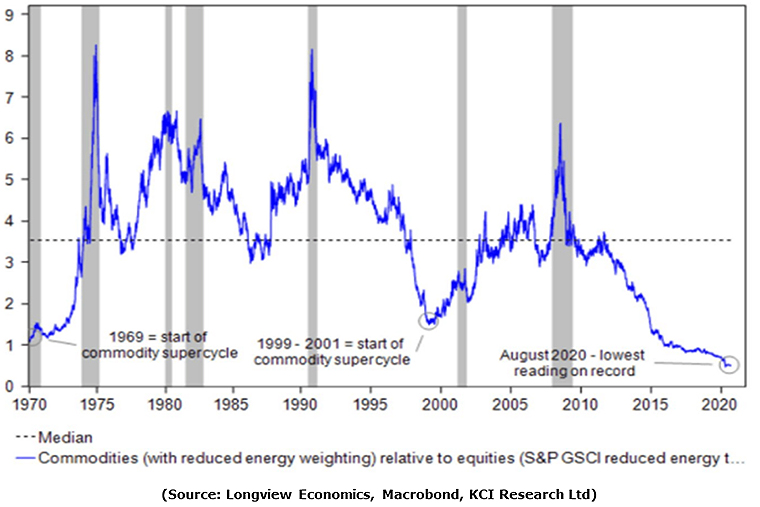 Winds of change are blowing

But in the last month or so there have been signs of bond yields reversing and commodity prices picking up. A chart of Dr Copper tells it all. In FX markets that’s seen a significant outperformance in emerging market and commodity currencies (eg. NZD and AUD), and weakness in the Dollar and Yen. A Biden victory in the US has alleviated immediate trade concerns, but also fostered a perception of a more stimulatory US government.

In fact in the initial post-election period we saw a spike in the US 10 year treasury towards 1%, but since then the yield has relapsed and this morning sits at 0.84%. Compared to a yield of 0.89% in New Zealand on the 10 year government bond, or even better above 3% in Chinese bonds and it is of little wonder money is exiting the US for returns farther afield. But should US yields be this low?

We came across a model from Mike Howell of Crossborder Capital yesterday that uses four data points - the amount of US liquidity, US ISM data, the ratio of copper to gold and the price of the Australian Dollar to model where the US 10 year rate should be. Until recently it has been remarkably accurate. The model now suggest yields should be as high as 2%, and that someone (the Fed) is keeping rates artificially suppressed. This raises the question of whether they will continue to effectively print more money to hold down rising rates or at some stage let them go. And if they are let go what does that mean for stocks, the US Dollar and risk sentiment as a whole? In short better yields should make the USD much more attractive, and perhaps inflated stock prices not look so good.

The reflation trade is alive and well but if a return to normality means a withdrawal of artificially suppressed rates and stimulus will this be positive for the Kiwi in the medium term? Perhaps not. 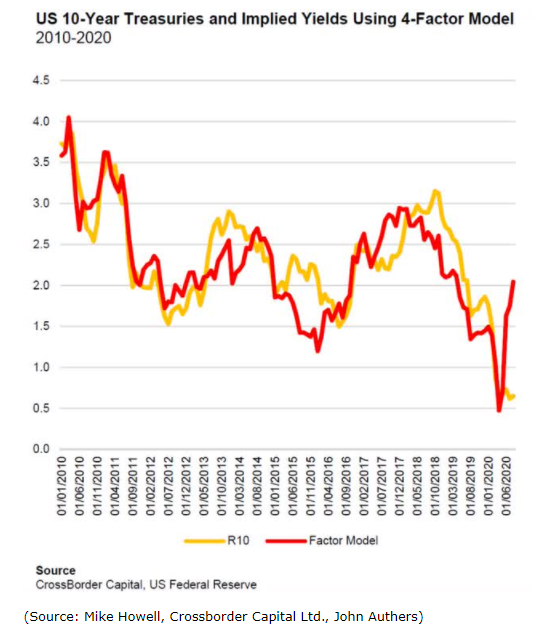 If we put all this together then it suggests that the long bonds, long stocks, long property trade of the 2010s might not just automatically continue as we make our way into the Twenties. As a combined trifecta this has been a deflationary trade. But the distorted asset prices that accompany the central bank response to deflationary conditions are now getting attention. Look no further than the Finance Minister’s letter to the Reserve Bank last week. Sure it may be hot air but the political pressure is increasing. The numbers locked out of the asset owning class are growing.

If you combine that growing demand for some economic redistribution with signs that Chinese growth and commodity purchases are picking up, add in the possibility for a successful vaccine, then suddenly you have the backdrop for inflationary and not deflationary conditions. That could mean upward pressure on rates, a boost to commodity currencies such as the Kiwi, all the while igniting a renewed round of currency wars as central banks continue to try and artificially suppress yields.

Given the Fed come with the biggest stick that’s likely to exacerbate Dollar weakness early next year with the likely currency benefactors lying in Asia-Pacific.

But as time wears on policy normalisation will begin, causing global yields to rally, debt servicing to come under pressure, and potentially stocks and property to feel the associated heat. At that point (perhaps in latter 2021) we might find out how robust the reflationary rebound really is, and also potentially discover if a stronger Kiwi could thrive when commodity prices are strong but perhaps property returns are not.

We reckon the answer to that is bound to surprise some.