Alex Ross says things have gotten really crazy in financial markets with excesses everywhere you look. He suggests how importers and exporters should protect themselves while participating in fx markets

Currencies
Alex Ross says things have gotten really crazy in financial markets with excesses everywhere you look. He suggests how importers and exporters should protect themselves while participating in fx markets 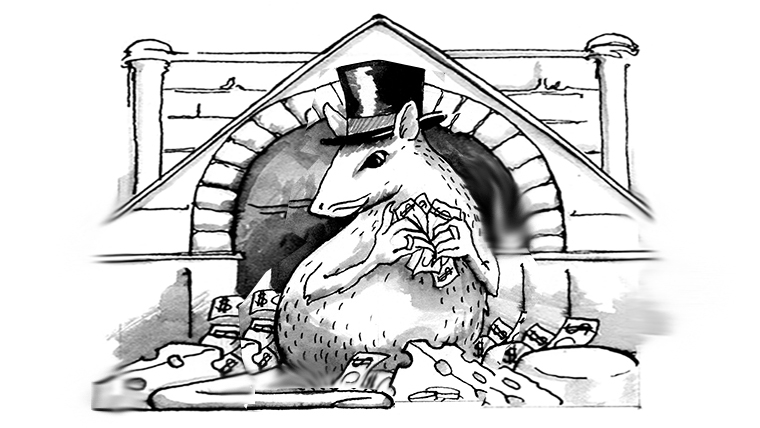 “Now that ain’t working that’s the way you do it, lemme tell ya them guys ain’t dumb”.

The rant of a New York white goods store salesperson was immortalised into one of the great songs by Mark Knopfler in the 1980s. But if it were rewritten today it wouldn’t be about playing a guitar on MTV, but stock speculators on Wall Street. To demonstrate the market mood we thought the story of video game retailer GameStop‘s shares this week was one worth sharing.

According to CNBC, shares in GameStop were the most shorted stock in the market last week. Melvin Capital and Citron Research were two large fund managers who had been actively short selling its stock, a process whereby they borrow stock from other investors to sell it with the aim of buying it back themselves when the market price falls. The problem with short selling, however, is that losses can potentially be infinite if a stock’s price rallies. This will generally force a “short squeeze”, as the shorts bail on their position and turn around and buy the stock, thus forcing the price even higher.

And so it was last week with GameStop, as a series of retail traders, communicating via a subReddit forum called WallStreetBets, took on the big boys and won. At one point trading in GameStop was temporarily suspended, as the share price surged 70% on Friday alone. Rumours circulated that Melvin Capital had gone bust, which were clearly false. But it’s an indication of the new tone in investing. Was GameStop suddenly selling more video games or consoles? Have they uncovered some brand new technological gamechanger in the gaming industry? No. The share price was moving on speculation alone, way out of line with fundamentals, but the result for one trader who bought some short-term option expires was eye watering. 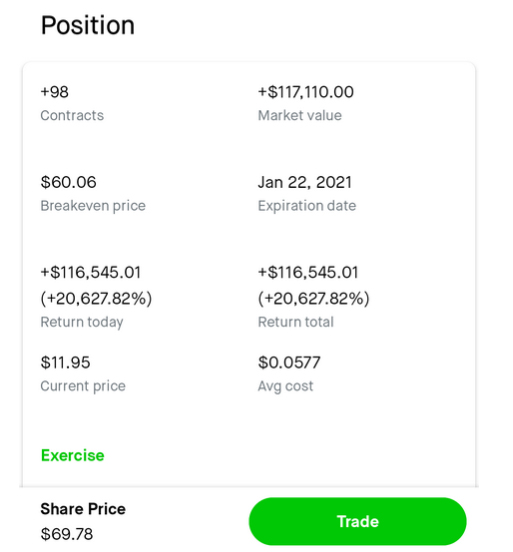 We tell this story not to demonstrate that you should go out and open a WallStreetBets subReddit, or look for easy trading returns, but to demonstrate the current euphoria in markets. Things have gotten really crazy out there. Gordon Gekko would be proud.

Our colleagues over at the aptly named wolfstreet.com have been tracking margin debt, that is the amount of money individuals are borrowing against their stock holdings. On a year on year basis margin debt, well at least that tracked by FINRA (the US Financial Markets Regulatory Authority), has spiked by $200B in December. As a whole it’s gone up to $800B. While it’s hard to get a gauge on stock market leverage, traditionally high margin debt has been a good guide to over leveraged positions, and a strong precursor for a significant market correction. 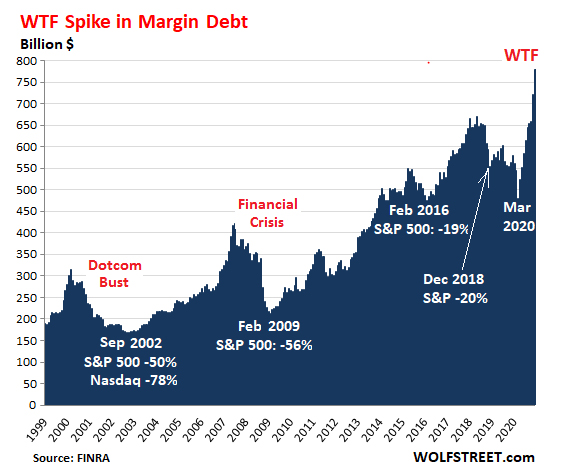 The craziness of this market euphoria set against an ongoing pandemic will be the backdrop for the first Federal Reserve meeting of the year. The “Fed put” has been alive and well since the first wave of COVID spread globally and hit markets back in March. The promise of a fresh $1.9T worth of stimulus from the new Biden administration should ease the pressure on the central bank, but as government debt balloons it may also keep the pressure on the Fed to ensure longer term yields and hence borrowing costs remain low. We will be watching for potential yield control measures, plus their plan around quantitative easing for the year ahead.

Last Friday US PMIs beat expectations. Jobless claims also subsided. The US is hoping to vaccinate 100M individuals in the next 100 days. There’s reason to be upbeat on the US outlook. But we doubt we’ll get much of that from the Fed. Rather in their search for constant economic stability, they (and most other global central banks) look set to maintain the easy money regime, which is creating serious financial markets instability.

Inflation on the rise

Therefore we think the “reflation trade” can continue to run until something causes global central banks to change their minds. And that something is called inflation. Last week local inflation spiked to 1.4%. Under the RBNZ’s own sectoral factor model the core inflation reading was higher at 1.8%. Bond yields rallied. Kiwibank analysts joined those from Westpac in predicting no further rate cuts by the Reserve Bank in the months ahead.

Right now inflation is still well below the 2% target band. In the US the latest inflation print is similarly at 1.4% YoY. On Tuesday we get Australia’s latest CPI print. But supply constraints, rising freight costs and post-lockdown demand is creating a perfect price storm globally. Most economists suggest central banks can look through these one off factors. We ae not so sure. We think the wheel may have turned on global inflation, particularly when it comes to basic staples; food, rent, medical costs, transport. The local train trip to the city is going up to $6.80 from $6.40 as of Waitangi weekend. That might not seem a lot for some, but every little cost counts.

So finally what to make of all of this in the FX market? Well in some ways the answer is rather simple. As an importer or exporter the plan has to be to protect but participate, generally best done by a robust hedging plan that incorporates some spot, forward and currency options. For sellers of NZD, AUD or any of the Asian bloc of currencies (excluding the safe haven Yen) the tendency has to be to stick with the trend, which can still see significant gains in the first half of this year.

But if and when those inflationary pressures push higher we could see a significant unwind in all asset classes should central banks, including our own, start to taper asset purchase programmes and weigh up when to raise rates. When will this happen? Well that’s the billion dollar question. But when financial markets look this unstable you simply have to protect yourself in currency markets. After all giving up 1-2% in protection to gain a potential 10-15% to the upside, or save against a possible 10-15% to the downside just seems a no-brainer. Protect but participate. Otherwise you might as well be punting with the Reddit readers in GameStop stocks.

Re: 'Money for nothing'

I often tell people grizzling about salary to divide it by current term deposit rate to see what it’s ‘worth’. Most are stunned.
Savers are being shafted, literally having income stolen via interest rate manipulation. Mr Orr should be charged with theft - class action as I think I’ve seen suggested?

As long as you can setup an income stream to service the debt, it has paid off in spades to maximise the debt

And with the Govt trying to guarantee income streams ... strange times indeed

Individually it has for some. Fir society I think not. And the leveraged continue their legalised theft via manipulated interest rates.

Genuine question -- can you explain the relevance of this?

Rocked instead by these intermittent introductions, no wonder current business around the world has chosen to overmanage their costs at the expense of pre-crisis (2008) hiring methods and demand; “there has been a constant diminishing of profits until many industries have been conducted with little or no margin to those managing them, and a great lowering” not of wages but of hiring and wage growth.Link

That money printing to lower bank interest creates a theft from savers to the leveraged borrower.
If you had a supply of widgets to garner an income from and the govt came along and mass produced zillions of widgets from nothing how would you feel?
This is what they are doing to the cash savers/ non asset owners.

This piece should be entitled "Nothing for money".

All I can say is Buy Bitcoin. No one can make more of it, true scarcity that is controlled by maths and physics.
And with $17T plus in negative yielding government debt world wide, why will people continue to hold this when they can buy pristine collateral that they control the sole ownership of at 0%?

No one can make more of something that doesn't actually exist anyway ? Bitcoin is pure speculation. It could double in perceived value tomorrow or be worth nothing next month. Bitcoin is the ultimate ponzi.

Ponzi or Pyramid scheme is in the eye of beholders. When you're inside the ponzi? anything outside that will be the opposite, You may be right about BTC.. but what next to it then? - not long ago, someones would challenge those that claim Tulip(which do exist) is the ultimate ponzi.. after smiling to their small patch of Tulip garden. In my opinion? the ultimate ponzi, is any investment scheme under the sun administered by humans and claimed to be on spectacular growth, and try to entice the next ponzi participants at the bottom to support the heavier few objects at the top. Those that can ride it, understand the game, leverage to keep on going we call it - survivors.. until the natural time of health taking over from the wealth, Death.