Alex Ross points out the RBNZ may end up in a tight place as the major central banks move to average inflation targeting, oil prices rise, and overshoot is at risk especially for the NZD

Currencies
Alex Ross points out the RBNZ may end up in a tight place as the major central banks move to average inflation targeting, oil prices rise, and overshoot is at risk especially for the NZD 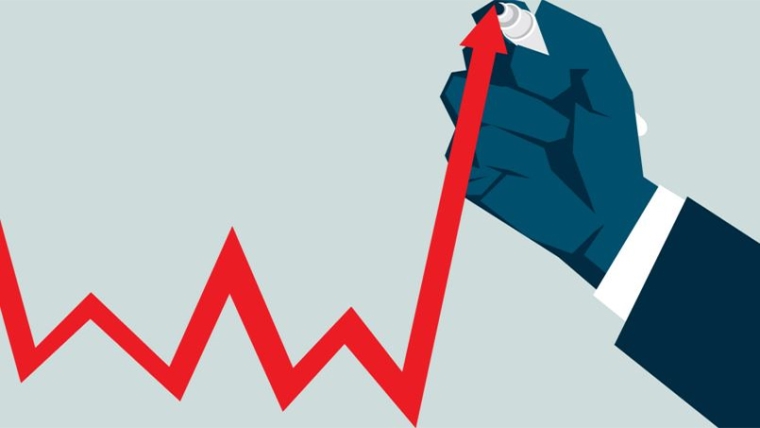 Pricing pressures are creeping higher. That’s the clear message from a range of official government data and bank surveys released over the last fortnight.

There were positive signs in the latest ANZ Business Confidence survey last Thursday, which showed a net 11.8% of NZ businesses expect conditions to improve in the next 12 months and an even better 22.3% of firms expect their own activity to improve.

But the overwhelming takeaway was that 71.1% of businesses expect costs to increase in the next year, and even more importantly a net 49% of firms expected to pass these pricing increases on to the consumer. That comes on the back of a robust beat in December quarter inflation, up 0.5% on the quarter, and sitting overall at an annualized print of 1.4% (versus prior expectations of 1.1%).

A couple more quarters of those kinds of price increases, and CPI will be easily over and above the RBNZ’s 2% midpoint target. And we haven’t even delved into rampant house price or rental inflation yet. 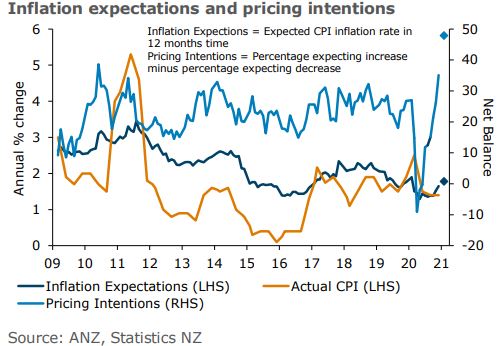 Across in the US and it’s a similar story. The economy may be stuttering along, waiting on another round of government stimulus. January jobs data released on Friday night were rather underwhelming to say the least. But pricing pressures are also on the move.

Check out the below US 5-year inflation expectations graph (as derived from the Treasury Inflation Protected Securities or TIPS price). It’s back at its highest level since 2013. 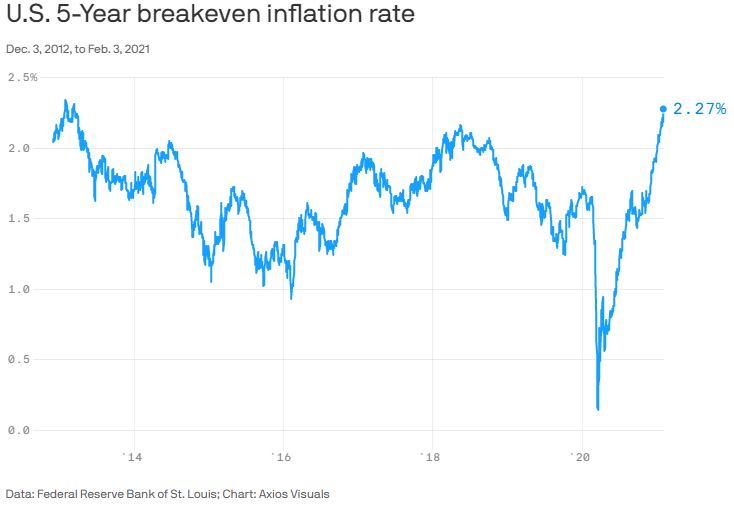 With all the Reddit Gamestop hype and talk of equity surges, one price that has seemingly fallen off the radar is that of oil. But the price of “black gold” should be receiving more attention. Why? Because it is currently up 20% since January 1, its best YTD performance in 30 years.

Furthermore inventories are likely to be drawn down more in the months ahead.

Of course, OPEC+ could increase production at it’s next meeting in March, and that might cap prices for now. But what if they don’t? If inflation expectations are already on the rise how would central banks meet a new price of $80/barrel for oil? 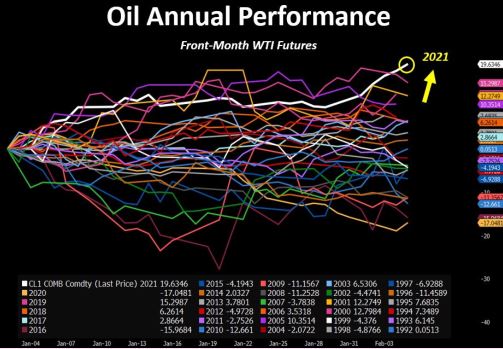 The impact of average inflation targeting

In the US the Federal Reserve have met the prospect of a temporary COVID related spike in prices with their new average inflation targeting policy. Rather than raise rates when annualised CPI crosses its 2% target the Fed have avowed to wait until average inflation hits 2%. Is this some kind of formula? Over what period? Well not really. It’s more a framework so in some ways they can just make it up.

But in the sense of brevity, former Head of FX Strategy at HSBC David Bloom (now freelancing) put together a quick graph of what would happen if inflation in the US increased by 0.2% per month. As you can see below annualised CPI gets above 2% as early as June 2021, but average CPI (as calculated from Feb 2020 onwards) does not make 2% until August 2023.

If global central banks jump on this bandwagon (and there is every sign they will) then rate hikes will be delayed, equity markets will remain supported and commodity prices will be primed.

For the commodity bloc of currencies this eclectic mix generally leads to significant outpeforrmance.

Throw in robust employment numbers and inflation locally and you’ve a recipe for a stronger Kiwi in the next few months, or at least until belief in average inflation targeting starts to wobble should those inflation prints start coming in above 0.2% per month (as we expect they will). No fear for Asian currencies

In many ways it’s a similar story in Asia. With COVID back on the rise, fears that Asia might be later recipients of a vaccine and US yields on the rise there has been some thoughts that Asian currencies will take a breather soon.

But history shows that Federal Reserve rate hikes and a flatter interest rate curve are more damaging for the Asian basket of currencies than a rising yield curve with interest rates still low at the front end.

Better Asian FX purchasing power is also good news for New Zealand and Australian exports, and therefore also fits with the narrative of a higher Kiwi and Aussie in the next few months. 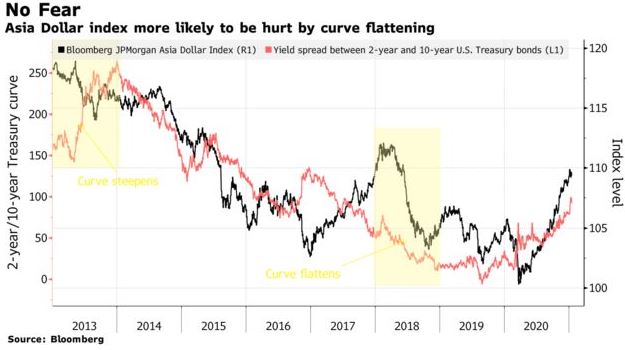 RBNZ in a tight place

All in all this looks to put the RBNZ in a tight place when they meet in a few weeks time (on Feb 24). Stable unemployment at 4.9% and their own sectoral factor model (read core) inflation at 1.8% should see all rate cut bets off the table, and some serious quantitative easing tapering to be considered. But then they have a currency edging up to 5% above their own forecasts (on a trade weighted basis) to consider (which might be even higher by then). More tightening could continue to stoke the flames, but more easing risks fanning the flames of the current house price fire.

As a result we think we might start hearing a bit more about average inflation targeting here. That’s the easiest path to doing nothing right now. A simple case of Governor Orr channeling the Ancient Mariner “water water everywhere, nor any drop to drink”. Yes we have significant inflation but it’s not the right kind to consume just yet.

Unfortunately, such an approach may neither take the steam out of the Kiwi nor asset prices.

We might have to rely on the Fed blinking at rising inflation to achieve both of those.

Would be good for the RBNZ to get the NZD up to parity with AUD.

And why would that be good?

He probably wants to move there.

It wouldn't be good for me transferring my super into my kiwisaver, which I am currently trying to get through the paperwork to do.

If we did get significant inflation and if the RBNZ did have to increase interest rates significantly there would be some seriously worried recent house buyers. I doubt they will, but imagine if interest rates got back to a more normal level like 8%

Locked in 5 year money couple of months ago, bank manager said I was mad man. But I remember 8-9 years ago when RBNZ was talking rates going up, locked in then 5years for part business loan. In few months rates started to drop then. We could not afford higher rates. Now we could but history repeats I guess.

3% is long term global average interest rate for bond yields. Not unusual to see these rates if you go back on long term horizons

Is this the point when those who went for cheap borrowing uddenly feel acid in the stomach?

Orr will do anything to avoid raising rates. Policy change coming.

"Better Asian FX purchasing power is also good news for New Zealand and Australian exports, and therefore also fits with the narrative of a higher Kiwi and Aussie in the next few months."

... but it's terrible for consumers, who will see even further increases in consumer goods and other flow-on prices locally. It's not like our prices were competitive to begin with, and our 'high' (see: normal) NZD has been the only real buffer between consumers and even higher prices for goods that are far cheaper elsewhere.