Alex Ross says we are in the midst of a Dollar Smile. Meanwhile the Chinese yuan is getting a hawkish push while the Japanese yen is getting the opposite. And is the RBNZ snookered?

Currencies
Alex Ross says we are in the midst of a Dollar Smile. Meanwhile the Chinese yuan is getting a hawkish push while the Japanese yen is getting the opposite. And is the RBNZ snookered? 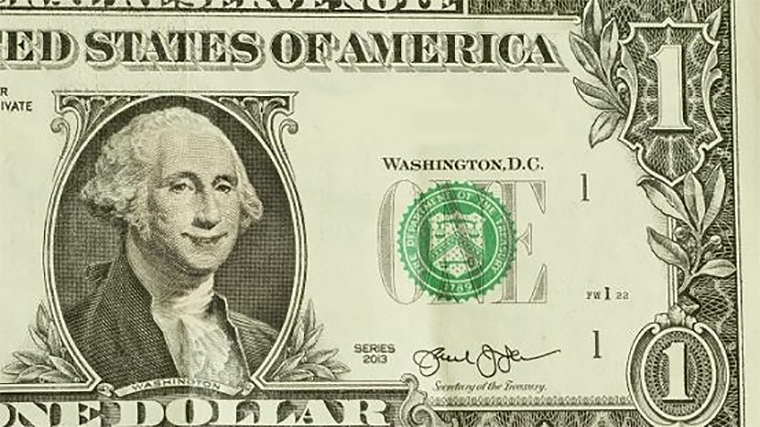 In the midst of the Dollar Smile

He posited that in times of crisis the US Dollar remained in demand on a safe haven bid, as investors dashed for the relative shelter of the US treasury market. As authorities respond and the globe began to recover the Dollar would weaken, significantly more so when US economic performance lagged its peers.

But eventually when the US economy picked up the Dollar would shine again.

In the two decades since then Jen’s theory has largely been proven correct.

Around this time last year market participants piled into the US Dollar as it became obvious Coronavirus was going global, and not in a good way. The Federal Reserve then hit the overdrive button, slashing its benchmark rate by 1% to the 0-0.25% band, and adding trillions of Dollars to its balance sheet.

Consequently, the Dollar weakened, driving NZD/USD a whopping 30% higher. Last Friday we went within a whisker of setting a fresh three year high, and there are signs of further gains ahead.

In the background though, US inflation creeps higher, more than 1 million Americans are vaccinated daily and the US government promises up to as much as $5 tln more in stimulus.

In the near term that may weaken the Dollar further as investors focus on the significant economic deficit that warrants such radical moves.

But in the medium term (we think sometime around mid-year) we might zip across to the other side of that smile, and that suggests importers should start to layer in longer term cover now rather than try and pick a market top. The rollercoaster ride down the smile won’t last forever.

Set against the rather dovish outlook of the Federal Reserve, recent actions by the People’s Bank of China might be seen as rather hawkish. Certainly, its unusual liquidity withdrawals around the Lunar New Year Holiday raised a few eyebrows in the FX space.

The Financial News, a paper backed by the People’ Bank of China, carried an opinion piece last Thursday that suggested market participants should focus more on interest rates than the amount of short-term cash in the system, but you couldn’t help but speculate if the PBOC might be the first central bank globally to start monetary tightening.

In the near term that is likely to lend more support to the Chinese Yuan, which earlier last week hit its highest level versus the USD since June 2018.

For New Zealand and Australian exporters that increased purchasing power comes as good news, but continued export demand is just another reason to be bullish on both Antipodean currencies right now too. And despite the stronger Yuan, NZD/CNH still sees its best weekly open today since June 2019. Not bad buying for those looking to cut out the USD middleman these days and buy direct, particularly when one considers the positive forward points differential.

Across the East China Sea and it’s a vastly different picture in Japan. Last Monday Japanese Prime Minister Yoshihide Suga said he was closely watching FX markets, despite previous statements that he would not let USD/JPY move under 100 (and the fact we were nowhere near that level at this point). Finance Minister Aso then began chatting around rising Japanese bond yields and not liking that predicament given that Japan’s fiscal situation has worsened greatly.

Whatever was in their miso on Monday it did the trick as the Yen went on a weakening tear last week, sending NZD/JPY back to fresh two year highs late on Friday.

Of course, the global reflation trade will always support the interest carry on NZD/JPY, but additional comments aimed at weakening the Yen won’t hurt power the trade higher either. We are seeing possibilities for an 80 handle before this quarter is out.

RBNZ are running against the wind

Finally, we couldn’t let this week go without some comments on the upcoming RBNZ meeting. A few weeks ago we posited that Governor Orr might be in a rather tight spot, facing the possibility of even higher house prices and an even higher currency. Well, we weren’t wrong, although that was hardly an Einsteinian prediction. So how does he extricate himself from this situation?

Snookered between a dovish Fed and RBA we wouldn’t be surprised to see the Governor similarly “look through” temporary economic strength (or at least upside shocks to both inflation and employment) and surprise the market with a more dovish outlook, taking on a similar “average inflation targeting” mantra.

That should do a temporary trick on the currency front.

But he may struggle to be too dovish on housing prices and so to balance the ledger we think he may reintroduce more macroprudential tools (such as the reimposition of LVRs) to manage that growing problem.

In reality, we doubt that will have a significant impact on house prices. Nor in the midst of the Dollar smile do we think jawboning will achieve much, other than perhaps lowering NZD/AUD, which we believe will go sub 0.90 before April is out (or perhaps even March). But at least then the RBNZ will be able to check the box that says they attempted something on all fronts, and it will also give the Governor an opportunity to thumb his nose at all those bank’s upbeat forecasts out there, which after all seems to be one of his favourite pastimes.

In short come Wednesday it might be a case for everyone (including the Governor) to “grin and bear it”.

Thomas Sowell: Abolish the Fed. Question: "What would you replace it with?" Here is his answer, in 2 min or so: Link