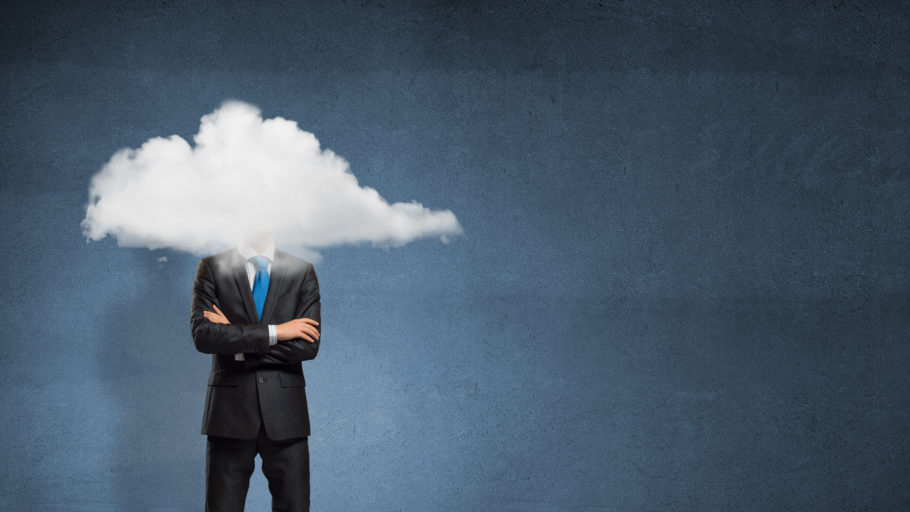 Huge bond market moves, changes to the Reserve Bank mandate, another lockdown, big FX shifts. Without doubt last week was the most tumultuous to date in 2021. As we head into March, we look at a few key motifs and how they look set to shape FX markets for the month ahead.

Central banks are in a state of self-delusion

There was a lot of media focus on the RBNZ this week (and rightly so), but let’s be honest, there is only one central banker in town right now, and it is not Governor Orr.

From the ECB to the RBA and back to our own RBNZ, the topic of currency strength has re-emerged in the last month. That’s continuing to justify competitive devaluations, lower for longer rates, looking through “temporary inflation spikes” and extending easy money.

In a nutshell they have all become Federal Reserve copycats. Wherever you go Jerome, we will simply follow. Which suggests that until the Fed raise rates no one else will risk standing out like a sore thumb and moving prior.

Fundamentally that is a concern. Why? Well because this week in his semi-annual testimony to the US Congress Chairman Powell stated unequivocally that “the economy is a long way from our employment and inflation goals, and it is likely to take some time for substantial further progress to be achieved”.

On Friday night though, we saw the latest University of Michigan inflation expectations survey rise to 3.3%, the core PCE deflator (the Fed’s preferred measure of inflation) push up to 1.5%, personal income jump a whopping 10% on the month for January (on the back of the first round of stimulus checks) and personal spending rise by 2.4%. That’s data that suggests the US economy is on a solid rebound, and we haven’t even witnessed the impact of a potential $5 tln more in stimulus. 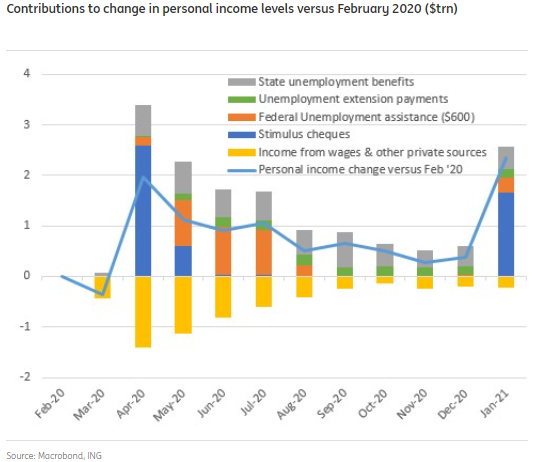 ING’s economic team are forecasting US inflation could hit 3.5% early in the second half of this year. As oil prices move further north, we think that estimate is conservative. But after years of sub-par inflation central banks have now convinced themselves to “look through” temporary inflation spikes. Problem is we didn’t have such outrageous levels of public spending a decade ago post-GFC, nor did we have COVID-related supply chain issues. The new norm is to produce less for more. Higher margins look here to stay.

A quick look at our own backyard via ANZ’s business survey shows a whopping 67% of firms intend to pass on price hikes in the months ahead. But somehow current rate settings are seen to be appropriate for at least another two years by most central banks (if you are the RBA make that 2024).

We aren’t advocating for radical hikes here but in New Zealand do we really need the official cash rate at 0.25%, QE and a term lending facility?

Various parts of the economy are most definitely shot (international education, tourism etc), but these are Great Depression type settings. Certainly, spa pool sales weren’t surging in the 1930s. 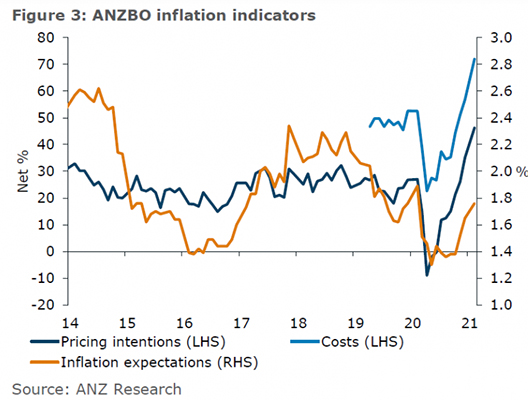 What is even more concerning though is this comment from the Fed’s Powell last week – “there was a time when monetary policy aggregates were important determinants of inflation and that has not been the case for a long time”. Pray may we ask then why have the Fed increased their balance sheet by more than $3T alone in the last 12 months if it does nothing?

It would appear to us that central banks have become victims of their own self-delusion, and by extending excessively loose monetary policies for longer they risk becoming the ultimate fall guys when the bubble bursts. 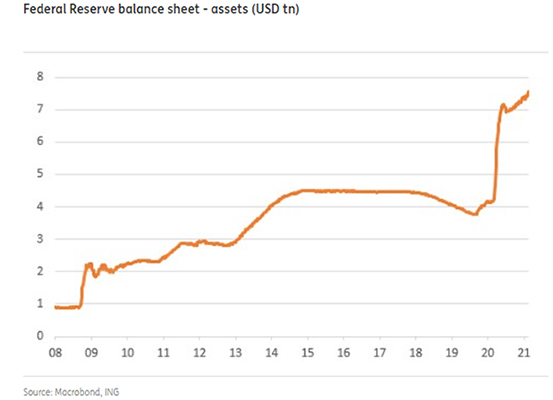 Warnings from the US bond market

One of the problems our central bankers may have to wake up to is the fact they don’t set borrowing costs, but the market does. Here in New Zealand we have tried circumventing that by offering $28 bln in lending via the RBNZ’s Term Facility at a cool rate of 0.25%. The RBA continue to pin their 3-year bond yield at the same rate.

Over in the US last week though, bond markets began some explosive moves. While the US 10-year finished the week at 1.41%, at one point it topped 1.60%. For bond markets, where a couple of basis points move in a day is seen as volatile these were large and foreboding moves.

Much has been made of the reasons for this explosive move higher, but for us the answer is twofold. Inflation expectations are driving higher, pushing the case for a Fed taper this year. Secondly a shift in refinancing requirements has led to an unusual convexity in rates markets, where banks are selling off more at the long end, to shore up requirements in the front end.

Writing in the Financial Times earlier last week though John Dizard warned of a potential panic in markets during March (specifically at month end), most pointedly signalled by an unusually high demand for short term T-bills. One month T-bill rates had fallen by 66% in the first 6 weeks of 2021, as investor demand for the “most pristine collateral” surged. And as Dizard says “when people or institutions in the global financial system are not feeling eager to trust each other, they demand more collateral”. In some cases, traders were bidding as low as 1 basis point to ensure they snared some of this collateral. And as the supply of short-term T-bills shrank the Fed have begun issuing more and selling more long dated issuances (hence pumping up 10 and 30 year yields).

Finally we also note the big fall in Gold last week – any chance there is some liquidation of positions to stump up more collateral here?

Whatever the driving force the mechanics should serve to indicate a large hazard ahead, and that may inevitably lead to a rethink of current FX pricing. If Dizard is right, perhaps the February close was just a taste of what is to come in late March.

Given our view that our inflation is rising, but that central banks will do anything to justify lower rates for longer, we think real US yields will tumble again this week, if not by market forces than perhaps by stabilizing intervention from the Fed. In the near term that looks NZD and AUD supportive, and we could easily make a case for higher highs though March.

But as inflation readings continue to move higher and bond markets move further to price in rate hikes we think the Fed will eventually be unable to “hold back the river”.

For now, we are targeting their June meeting as the most likely point at which they give market a sniff of a taper tantrum. At that point it is likely that most Americans will be vaccinated and a third or even fourth round of stimulus will be hitting US consumers’ pockets, just in time for summer.

And when that taper tantrum arrives, we see some serous downside risks for all risk assets, and risk related New Zealand and Australian Dollars.

Central banks have the ability to set the interest rates on bonds at whatever they choose to as they don't have to be issued in the first place. They are mostly just corporate welfare and a subsidy for the finance industry.
As economist Warren Mosler tells us in the HuffPost.
Proposals for the Treasury
"I would cease all issuance of Treasury securities. Instead any deficit spending would accumulate as excess reserve balances at the Fed. No public purpose is served by the issuance of Treasury securities with a non convertible currency and floating exchange rate policy. Issuing Treasury securities only serves to support the term structure of interest rates at higher levels than would be the case. And, as longer term rates are the realm of investment, higher term rates only serve to adversely distort the price structure of all goods and services.
I would not allow the Treasury to purchase financial assets. This should be done only by the Fed as has traditionally been the case. When the Treasury buys financial assets instead of the Fed all that changes is the reaction of the President, the Congress, the economists, and the media, as they misread the Treasury purchases of financial assets as federal ‘deficit spending’ that limits other fiscal options".
https://www.huffpost.com/entry/proposals-for-the-banking_b_432105