Alex Ross sees disorderly yield spikes as suddenly the largest short-term risk, and they traditionally hit commodities and commodity linked currencies (such as NZD and AUD) the hardest

Alex Ross sees disorderly yield spikes as suddenly the largest short-term risk, and they traditionally hit commodities and commodity linked currencies (such as NZD and AUD) the hardest 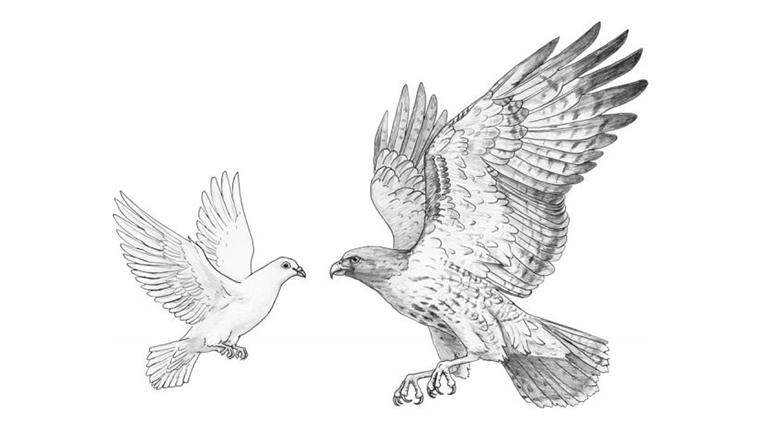 The Fed tried last week but even their super-dovish best could not quell the sell-off in bond markets. The Dot Plot showed more Fed members now expect rate hikes in 2023, and while a total of seven might not be a majority yet, investors are sensing a hawkish shift in forecasts and guidance. To channel a little Meghan Trainor, the markets are telling Chairman Powell that “if your lips are moving then you’re lyin’, lyin’, lyin’”.

In their latest Fund Manager Survey, Bank of America cite runaway inflation and taper tantrums as bigger market risks now than a hitch in the COVID-19 vaccine rollout. Add in a record flood of monetary and fiscal stimulus and BoA CIO Michael Hartnett concludes that “we are in the midst of the strongest macro data of our lives”, and that in fact the coming boom phase is set to dominate the prospect of the upcoming bust for a lot longer."

We’re not so sure about that, but the key takeaway is disorderly yield spikes are suddenly the largest short-term risk, and they traditionally hit commodities and commodity linked currencies (such as NZD and AUD) the hardest. 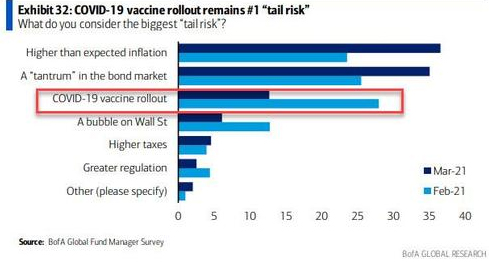 In the medium term the BoA’s CIO predicts low and volatile asset returns through 2021 driven by the contrast between the 3Ps in H1 (Positioning, Profits and Policy) versus the risk of the 3Rs in H2 (Rates, Regulation and Redistribution). Indeed, a lot has been written on the prospect of pending monetary tightening globally, but very little on fiscal tightening.

Unless global governments show signs that they are willing advocates of Modern Monetary Theory then we think higher taxes are almost certainly coming, and the risk of having to pay the piper back for today’s spending excesses could be a serious concern for asset prices and risk currencies as this year progresses.

So how does the BoA’s Hartnett recommend playing this? Own volatility. In the FX world that means owning Vanilla Options or a zero cost variant thereof. Why? Well the suggestion in the medium term is that we will get short term choppy moves, pretty much more of what we have seen over the last month, except perhaps with much larger swings. Traditionally NZD/USD and NZD/JPY have been very sensitive to volatility spikes. We think you can throw in NZD/EUR into this mix as well. Protection with participation in these pairs across the rest of 2021 therefore looks a good play.

Long term – higher rates will be the new norm

In the longer term though Bank of America conclude that 2020 marked the secular low in inflation and interest rates. On that we do agree, and as interest rates rise globally, we have to start preparing for what comes next.

On the face of it that can lead to a large global risk reweighting. At 2-3%, bonds are suddenly much more attractive than the average 1.5% annual stock dividend. At 4-5% rental yields suddenly don’t look so attractive when compared to the risk-free bond or term deposit alternative. In a normal world we would then ask which currency might lead the interest rate charge higher, but really what we should be asking is which economy (or government) can afford to bear the brunt of higher rates?

As the US idles towards bankruptcy, Japan’s debt to GDP surges above 200% to GDP, and both the Eurozone and UK grapple with spiraling debt loads, the debt to GDP ratio of both New Zealand and Australia suddenly look alright. But we highly doubt this will be a straight move up in rates either.

We were rather surprised not to hear about yield curve control at the latest Fed meeting last week, although we are confident that we will hear it at some stage soon, and that may contribute to another large (and perhaps final) move lower in the US Dollar. Higher rates loom large, but not because central banks are welcoming them.

Speaking of central banks the week ahead in FX will be dominated by more Fedspeak, with Chairman Powell and no less than 12 other Fed members due to talk.

A series of PMI activity prints mid-week are expected to show a continued dichotomy between Europe and the US, while we all hope for an announcement around a trans-Tasman bubble, which could lend some support to the recently troubled NZD and AUD as we head into financial year end.