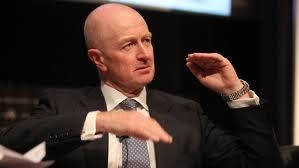 The Reserve Bank of Australia's decision to cut interest rates on November 1 was a close call, the minutes from its board meeting released today show.

“A case could have been made for leaving rates unchanged on the basis that, unless the world economy turned down in a serious way, the expansionary effects of the high terms of trade and the associated investment build up would, in time, assert themselves more fully, even though recent conditions had been softer than expected,” the minutes said.

“In that event, policy settings on the tight side of normal would be appropriate over the medium term,” they said. “In the meantime, the expectation that policy might be eased was itself being reflected in a reduced level of market interest rates.”

The board said the case for easing rates was there had clearly been material changes to underlying inflation and its outlook and the downside risks from the global economy had increased.

“A more neutral setting would, on this view, be compatible with achieving sustainable growth and inflation consistent with the target over the period ahead,” the minutes said.

The RBA aims to keep underlying inflation between 2% and 3% over the medium term.

“On balance, members concluded that it was appropriate for there to be a modest easing.”

The board noted markets now expect Australian rates won't be cut as much as previously expected. Scott Haslem, chief economist for Australasia at UBS, said unless the European crisis deepens, he doesn't expect a big easing cycle.

“We continue to see one more 25 basis point cut in February on further slowing in China growth into early 2012, weakness in Asian trade data and a further moderate inflation print,” Haslem said.