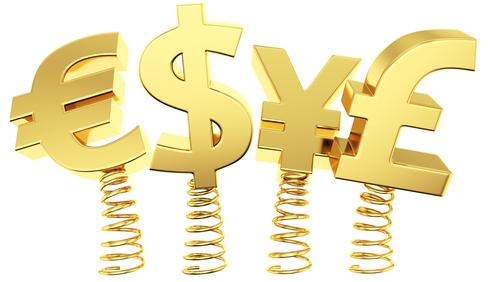 Independent research organisation the New Zealand Institute of Economic Research is calling for changes in how this country measures its currency in a way that more accurately reflects modern trading patterns.

In a new "Insight" research paper NZIER principal economist Shamubeel Eaqub and senior economist Kirdan Lees said that people were worried about the damage the strengthening exchange rate might be doing to the export sector.

"It's only a matter of time before there are more ill-advised calls for exchange rate interventions."

Most economists used the Reserve Bank of New Zealand’s Trade-Weighted Index exchange rate measure to understand the impact of the exchange rate, they said.

"But this measure reflects old trading patterns, as it puts a lot of weight on the exchange rate with five markets – Australia, Japan, the Euro area, the UK and the US – selected because of their historical market size," the NZIER economists said.

Nor did the TWI capture the services trade.

"However, it is now the emerging markets – particularly China – that drive our export growth. Goods exports to China are booming, clocking in at almost $10 billion in 2013. Services exports are also growing in importance. China’s blossoming middle classes are on the move, generating a $732 million windfall for New Zealand tourism operators in 2013."

The economists said that exports to newer markets had picked up rapidly while exports to the traditional markets in the TWI had dipped to less than 50% of our goods exports by value.

"In short, simply looking at the US or the Aussie dollar exchange rate as a gauge of our export competitiveness takes a very narrow view of what we sell and who we sell it to."

Even the TWI was becoming a less powerful indicator as it didn't really reflect the modern export profile of many New Zealand firms.

The answer, the economists said was using "sector-specific" exchange rates.

For example, the TWI measure was higher than exchange rate measures that take account of exports to emerging markets or visitor arrivals (as a proxy for exposure to tourism markets).

"So firms that have emerging markets as key goods export destinations or that are reliant on foreign tourists to generate revenue are likely to have been slightly less affected by recent currency appreciation than those exporting goods to traditional markets..."

"...Summary exchange rate measures are useful. But they now need to be broadened to include emerging markets like China and services trade.

What? You mean the Trade Weighted Index isn't actually weighted by trade?

Imagine if the companies and their weightings in the NZSX50 were set once at inception in 2003 and never re-weighted, what a useless index that would be.