Currencies
Paola Subacchi thinks China has no good options if it tries to use a strategic currency devaluation in its fight against the Trump tariffs
22nd Jul 18, 9:02am by Guest 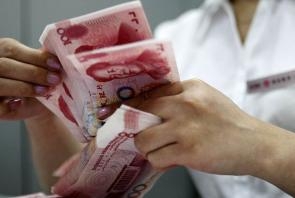 Officials at the People’s Bank of China (PBOC) have long insisted that “China won’t weaponise the renminbi.”

And yet, implicit in their promise not to manipulate the currency for strategic ends is their ability to do so if they so desired.

China’s monetary policy has come to the fore now that US President Donald Trump has imposed import tariffs on a range of Chinese goods. Many are wondering if China will respond to Trump’s trade war by threatening a currency war. If it does, the world should call its bluff.

To be sure, with more than $3 trillion in foreign reserves and an established – albeit not entirely successful – system to manage its exchange rate, China has enough financial and monetary leverage to bring the US economy to its knees. But having the weapons it needs does not mean that China can afford to use them.

In June, the renminbi had its worst month on record, dropping 3.7% against the dollar. Analysts are divided about the cause. Some view it as the result of a slowdown in economic growth, coupled with market concerns about the introduction of US tariffs and dollar appreciation on the back of rising US interest rates. Others suspect that Chinese monetary authorities intervened to weaken the renminbi, in order to offset the impact of US policies.

The Chinese government has a long history of intervening to ensure that the renminbi’s exchange rate aligns with its economic goals. But, since 2016, when the renminbi was included in the basket of currencies that determines the value of the International Monetary Fund’s Special Drawing Rights (SDR), the exchange rate has been determined mainly by market forces.

Still, despite PBOC Governor Yi Gang’s insistence that China’s exchange rate reflects demand and supply (with a basket of currencies as a reference), monetary authorities have the power to intervene when necessary. And though such interventions have been less frequent than in the past, they have continued to muddle market signals.

In the context of today’s trade war, however, an “engineered” competitive devaluation of the renminbi, even if technically possible, would not be in China’s best interest. Unlike in the past – and despite the Trump administration’s view of China as an unreformed currency manipulator – a weak renminbi has more costs than benefits for China.

For starters, by increasing import prices and bolstering export sectors, a weaker renminbi would undermine the Chinese government’s goal of shifting away from export-led growth and toward a model based on higher domestic consumption. Moreover, a weaker renminbi could invite renewed US complaints about currency manipulation.

Finally, and more crucially, a weak renminbi at the same time that dollar-denominated assets become more attractive could cause China to suffer capital flight. In this scenario, Chinese monetary authorities might be forced to reverse course and prop up the renminbi. By then, such an intervention would have to be large, implying a significant decrease in the country’s official reserves, as happened in 2015 and 2016.

Complicating matters further, China’s monetary authorities are already struggling to maintain financial stability under conditions of slowing economic growth, a total debt-to-GDP ratio of around 250%, and monetary-policy normalization on the part of the US Federal Reserve.

China thus finds itself between a rock and a hard place. To discourage new lending and reduce the risk of capital outflows, the PBOC should tighten monetary policy. But counteracting the negative impact on growth resulting from rising US interest rates and tariffs calls for more monetary accommodation.

So far, China’s answer to this conundrum has been to relax capital requirements in order to create more liquidity into the banking system. But if Chinese savers expect the renminbi to depreciate further, this measure could be offset by capital outflows – even with the capital controls the government currently has in place.

Looking ahead, Yi may have to resort to more than verbal assurances to support the exchange rate. That could mean that China and the Fed will end up selling – or at least not rolling over – US Treasury bonds at the same time. In the event, US interest rates could go through the roof, implying serious risks for global financial stability. So, while a weak renminbi is worse for China than it is for the US, a PBOC intervention to strengthen the currency could undermine the Fed’s policy normalization, and financial stability generally.

China’s lack of a fully liquid and convertible currency means that there will always be a fundamental divergence of exchange-rate regimes across the international monetary system. And this divergence will continue to produce distortions that intensify the global effects of new US monetary-policy trajectories.

The solution to this problem is straightforward: eliminate the distortions. China should float the renminbi so that its exchange rate becomes truly market-determined, even as it continues to manage capital flows. A “managed” approach of this kind would help China strengthen its financial system and develop the renminbi as a major international currency.

Unfortunately, China seems as beholden to its current exchange-rate regime as the Trump administration is to its trade policy. The US and China’s irreconcilable approaches are not good for anyone. We all should be concerned about what may come next.

Paola Subacchi is a senior fellow at Chatham House and the author of The People’s Money: How China Is Building a Global Currency. This content is © Project Syndicate, 2018, and is here with permission.

This exchange plays into two stereotypes, only one of which is really valid. The first is the easygoing, carefree US Economists completely detached from reality sitting cozy within their DC bubble while the entire world, the contagion of the dollar, mind you, burns around them. The sheltered laughter should stick in your mind given just how much of a failure it had been to that point, which was nothing compared to what was about to happen and then keep happening. This is the true one.
The other, which isn’t, is of the Chinese as perilously over-precise, the PBOC in particular. There is this misconception that the Communists having given themselves absolute authority attempt to wield it with pseudo-scientific precision. They were, and still are, doing nothing at all meaningfully different than their clueless US counterparts.
http://www.alhambrapartners.com/2018/07/19/two-sides-of-the-same-dollar/

There was only one catch and that was Catch-22, that specified that a concern for one’s own safety in the face of dangers that were real and immediate was the process of a rational mind. Orr was crazy and could be grounded. All he had to do was ask; and as soon as he did, he would no longer be crazy and would have to fly more missions. Orr would be crazy to fly more missions and sane if he didn’t, but if he was sane, he had to fly them.

How come long ago, Heller foresaw all that we have about us today.

The CNY seems very stable in terms of gold at the moment:
https://www.bullion-rates.com/gold/CNY/Year-5-chart.htm
https://goldprice.org/gold-price-china.html

The should not just float the Renmimbi , but also remove ALL exchange controls .

Without their removal , distortions will continue , and we will never know the true value fo that money