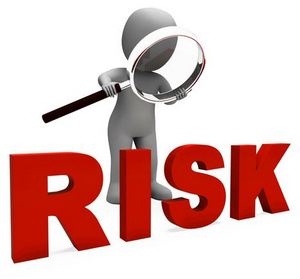 The New Zealand Bankers' Association is worried about the risk of underinsurance to both banks and home owners stemming from proposed changes to the Earthquake Commission Act.

The bank lobby group airs these concerns in a submission to Treasury, where NZBA says it was grateful to have the opportunity to make a late submission on a discussion document entitled New Zealand’s future natural disaster insurance scheme, proposed changes to the Earthquake Commission Act 1993.

Especially riling NZBA are two of the proposed EQC reforms being; Extending EQC building cover to include more site-works and access-ways to the building. And; Limiting land cover to situations where rebuilding is not practicable.

"In NZBA's view, the proposals noted above will significantly exacerbate the levels of underinsurance facing New Zealand home owners and banks as mortgagees."

"The move to 'sum insured' residential home insurance following the Christchurch earthquakes led to the transfer of underinsurance risk on homes from New Zealand insurance providers to New Zealand homeowners," NZBA says in its submission.

It goes on to say anecdotal evidence suggests a significant percentage of home owners may be underinsured. Furthermore there's a financial disincentive on homeowners to properly insure themselves due to the cost of insurance cover or the cost of getting professional advice about how much they may need to insure for.

"Banks bear this insurance risk when they lend against residential property as they take security for lending by registering a mortgage against the customer's home. So any proposal to further increase the likelihood of customer unawareness and consequently, underinsurance, is concerning," says NZBA.

The submission says home owners could face a scenario of nil or negative equity as a result of serious adverse change to their financial circumstances. Under the terms of most mortgages home owners must have sufficient home insurance to rebuild or replace their home in the event of a total loss, NZBA points out. The insurance protects the asset the bank has taken as security making sure if the home owner isn't able to repay their loan, the bank can get its money back by selling the home.

The insurance also protects the home owner by ensuring they retain the equity they have in their home. If the home owner is underinsured and their house is destroyed or badly damaged, the bank carries a credit risk as the value of the bank's security is impaired and the bank might not be able to recoup the loan, NZBA says.

"The proposed EQC reforms noted will lead to the transfer of the risk of remediating the building platform, currently the eight metres of land surrounding the home, from EQC to the home owner," NZBA says.

"The home owner must now additionally consider the cost of remediating the land and the sub structures of the home when calculating their sum insured."

NZBA argues it's unrealistic to expect home owners to know or understand the cost to reinstate their land and foundations in a wide range of potential natural disasters. They're thus likely to renew insurance at existing levels adopting a "it won't happen to me approach," suggests NZBA.

"Ultimately the risk of the home from the move to sum insured and now the transfer of risk of the land in the proposed EQC reforms to the home owner, exacerbates the risk homeowners already face of a nil or negative equity situation and leads to a transfer of the risk to banks that have lent against affected properties. This leads to potential exposure for lenders to significant credit losses in the event of a major disaster or other risk event."

'Financial stability of NZ under threat'

Unsurprisingly NZBA argues this will have most impact in places such as Wellington, a "high earthquake risk zone."

"Feedback from our members estimates the cost to remediate land on a steep site could be approximately $250,000. This, coupled with an already underinsured housing stock, could be devastating to customers and in turn lenders and the financial stability of New Zealand," NZBA says.

If the Government proceeds with the EQC reforms as proposed, NZBA suggests the establishment of an independent information bureau as a possible solution to the risk of underinsurance "borne by banks."

"The bureau should allow for the non-competitive sharing of information about residential property insurance cover. Banks can engage in meaningful conversations with customers who are significantly underinsured using information from the bureau."

'Banks & insurers should work together'

NZBA also argues information sharing could lessen a potential legacy risk developing in Christchurch - where many properties are being sold "as is where is" - with transparency from sharing insurance information reducing the risk of losing track of damaged properties that haven't been fully repaired. Companies such as CoreLogic are in a position to offer this service, NZBA suggests.

"Previous attempts to establish a New Zealand property register by NZBA have been hindered by a lack of consensus within the insurance industry. NZBA firmly believes that this should be revisited so banks and insurers work together to help ensure that New Zealand homeowners have adequate insurance to reinstate their properties, both the house and land, should New Zealand suffer another major natural disaster."

In Treasury's discussion document senior cabinet ministers Gerry Brownlee and Steven Joyce say the Government has developed a number of reform proposals for discussion. They are designed to ensure the EQC scheme remains focused on insuring homes, resolve the difficulties experienced in Canterbury with the interaction of land and building cover, better integrate EQC and private insurers’ claims handling processes, and ensure the ongoing financial sustainability of the scheme.

Brownlee, Minister Responsible for the Earthquake Commission, and Joyce, Associate Minister of Finance, say ministers will consider all submissions before making decisions on a reform package. This package will be part of a Bill expected to be introduced to Parliament in early 2016. 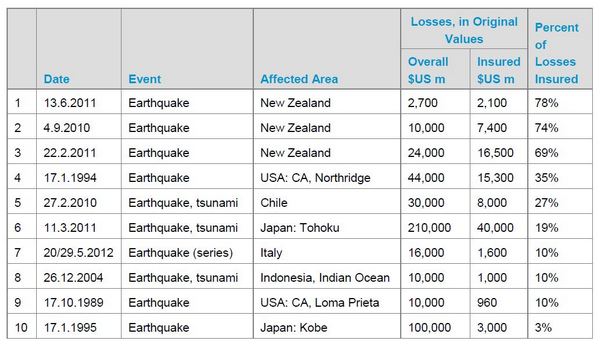 "British banking giant HSBC has reported that total global trade is down 8.4 percent so far in 2015, and global GDP expressed in U.S. dollars is down 3.4 percent. The only other times global trade has plummeted this much has been during other global recessions, and it appears that this new downturn is only just beginning."

"Ultimately the risk of the home from the move to sum insured and now the transfer of risk of the land in the proposed EQC reforms to the home owner, exacerbates the risk homeowners already face of a nil or negative equity situation and leads to a transfer of the risk to banks that have lent against affected properties. This leads to potential exposure for lenders to significant credit losses in the event of a major disaster or other risk event."

At a 35% risk weighting level the average bank has a regulatory capital loss exposure of $2.80 per $100 of outstanding residential mortgage.

Under the RBNZ's OBR policy, unsecured bank depositors are carrying the majority of risk, not the banks' shareholders.

It's about time the fuss was publicly directed, on television, at those most affected.

or as in aussie banks are required to have more capital, some is coming from increasing interest rates some from capital raising

Still significantly below RBNZ regulations if limited NZ public evidence is to be believed. But expectations persist that the Australian government will bail out an insolvent domestic banking system. Not that I believe they have the resources to do so. Once again the unheard unsecured lenders bear all the risk.

The Australian Prudential Regulation Authority (APRA) has today announced an increase in the amount of capital required for Australian residential mortgage exposures by authorised deposit-taking institutions (ADIs) accredited to use the internal ratings-based (IRB) approach to credit risk.

This change will mean that, for ADIs accredited to use the IRB approach, the average risk weight on Australian residential mortgage exposures will increase from approximately 16 per cent to at least 25 per cent. Read more

All investment carries risk. If you consider the risk too great, simple move your money elsewhere.

Yes, but only for the unsecured creditors underwriting financial systemic failure.

Fundamental to modern thinking on central banking is the idea that monetary policy is more effective when the public better understands and anticipates how the central bank will respond to evolving economic conditions. Specifically, it is important for the central bank to make clear how it will adjust its policy stance in response to unforeseen economic developments in a manner that reduces or blunts potentially harmful consequences. If the public understands and expects policymakers to behave in this systematically stabilizing manner, it will tend to respond less to such developments. Read more

We need to find a way to get into covered bonds.

could be devastating to customers and in turn lenders and the financial stability of New Zealand," NZBA says

Think landlords, for while the strapped home owning occupant may decamp to the car shed/shipping container (continuing to pledge their income to dear lender), the paying renter will be gone, having no such obligation..

There use to be a reason for trustee lending margin, but then the first mortgage became the second mortgage as well (and everyone has a first mortgage).
Maybe loan servicing could run using the defaulted loan interest rate, rather than a plug rate and credit where credits due.

If the banks are so concerned perhaps they could help the homeowner to pay their insurance premiums.
After all it's their risk as well. Then the sum insured can be raised to more realistic levels.

For example In the 1980s and before banks paid for their own valuers to set valuations of new home and progress payment values. Then the era came along of outsourcing all cost to the homeowner.

How have people and communities in the other 7 costliest earthquakes worldwide coped? Clearly NZ had the highest ever level of insurance - aren't people in those other countries REALLY underinsured or are we just OVER insured?

The problem is supply and demand, for a "normal event" ie your house burns down the insured value is probably adequate. In an event like Chch however the cost to rebuild magnifies significantly due to lack of builders. What concerns me is that the risk has been moved to the house holder the non-professional in this, its a win, win for the insurance industry and that should be fixed IMHO.